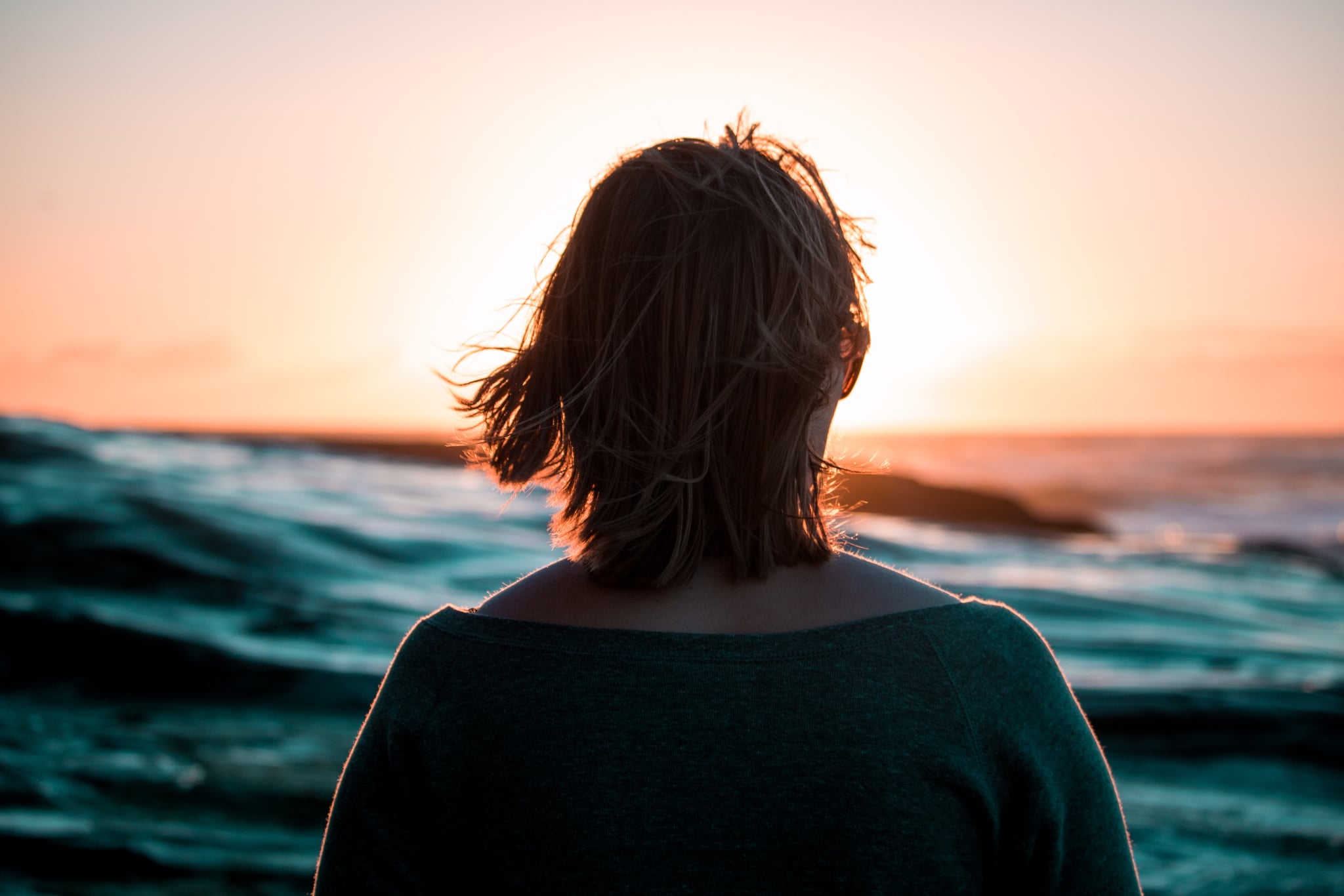 Call me what you want (crazy, dramatic, and ridiculous are all good words, to be honest), but after a lot of thought, I've decided that I need to stay single for the next year.

In the last four years, I have been through a separation from my husband; have been teased by a married man (this is a story for another article); have dated a man who was cheating on his long-term girlfriend with me (and it was such a dramatic end!); had a brief reconciliation with said husband until I found some things I shouldn't have seen; have gone on a few casual dates here and there that turned into nothing; and then met the most incredible man, fell deeply in love, and then had my heart — which was black before I met him — shattered into a million pieces. Three months later, I still don't even know how to start picking them up.

He was the greatest love of my life. He took this badass, take-no-prisoners woman and made her feel. And made her change. And made her grow into the best version of herself. I started unconsciously making room for him and a life together — cleaning out my house in case we decided to move in together (which wasn't unspoken — we did talk about it) and daydreaming about our first vacation together, kissing him good morning for the rest of his life, and starting a freelance writing business so that when he retired from the police department, we could travel the world together without having to worry about my career or time constraints. So, when it all came screeching to a halt over something that was so much bigger than us, something that I can't ever compete with and something that I can't control (I am a control freak), I had a hard time making sense of it. On particularly hard days (which are fewer now), I still ask the universe, "Why would you give me the love I have waited my whole life for just to take it away?"

My usual game plan is to jump back into the dating game, which I did this time as well, because someone once said the best way to get over someone is to get under someone else. Plus, it's easier to be drinking a cocktail dressed up at a fancy bar and getting some attention than it is to spend Valentine's Day sobbing on the floor of your bathroom because you were thinking about what the love of your life (until this point) was doing — and it wasn't taking you out to your spot, covering you with kisses, and then making love to you. (Um, did I say that out loud? Yeah, it's not been the easiest few months.)

I was seeing someone new and we seemed like we would be the perfect match. He has a great career, adores me, has sweet kids, is family-oriented, is financially stable, and whisks me away to great dinners, weekend trips, and late-night cocktails. But I had a rude awakening when my best friend asked me what was up with him since I wasn't really gushing — or talking about him at all.

Related:
Experts Say That Being Single Is Actually Good For Your Health

"I don't know. I mean, he's someone I would eventually marry because he's fine. He's really good to me, has his act together, and is attractive enough that I could muster up the energy to have sex a few times a week," I said.

And she just looked at me and asked, "But would you take his last name?" (Our usual way to test my meter on someone. I have only said yes to one man's last name, and it was not the man I married.)

"Absolutely not," I said.

And then it was like a wave came over me. I decided that I needed time alone. I needed to give my heart a rest and I needed to get out of emotional limbo, which is what I felt every day when I woke up. I felt trapped between moving on with someone else who was just good enough for the sake of moving on and really taking a step back and waiting things out. As much as I am still hurting and as sad or as angry as I get at times because I can't have what I want, I know what type of man I want and I know what kind of love I need. That being said, I seriously just need to take care of myself right now, and I'm taking the rest of the year to do it.

I signed up for wine appreciation classes at my local community college. I'm taking cooking classes again. I'm back in the gym hardcore, running, lifting weights, and SoulCycling like an animal because I need to take care of my body. I've tried out a new hair color. I'm having dinners with friends and laughing as hard as my soul will let me laugh. I'm launching a new brand at my full-time job. I'm pitching new outlets like crazy to explore my passions. I'm spending more time with my sweet dog who just needs her mom's attention. I'm sleeping when I have to and powering through when I can. I am traveling around the world (I'm on a plane to Italy as I type) and having amazing experiences both alone and with friends because I need to be comfortable with making myself as happy as my officer made me.

Full disclosure, however: I am unsure how I feel about casual dating (OK, having a regular booty call is what I mean). And I mean ultra casual. I just met a very sweet FDNY battalion chief who makes me laugh and is pretty good at snuggling, but I put it out there that there won't be date nights and that I don't want to talk about anything personal. I need to be unattached. I cannot be anyone's girlfriend, fiancée, or wife until I am OK with being 100 percent alone.