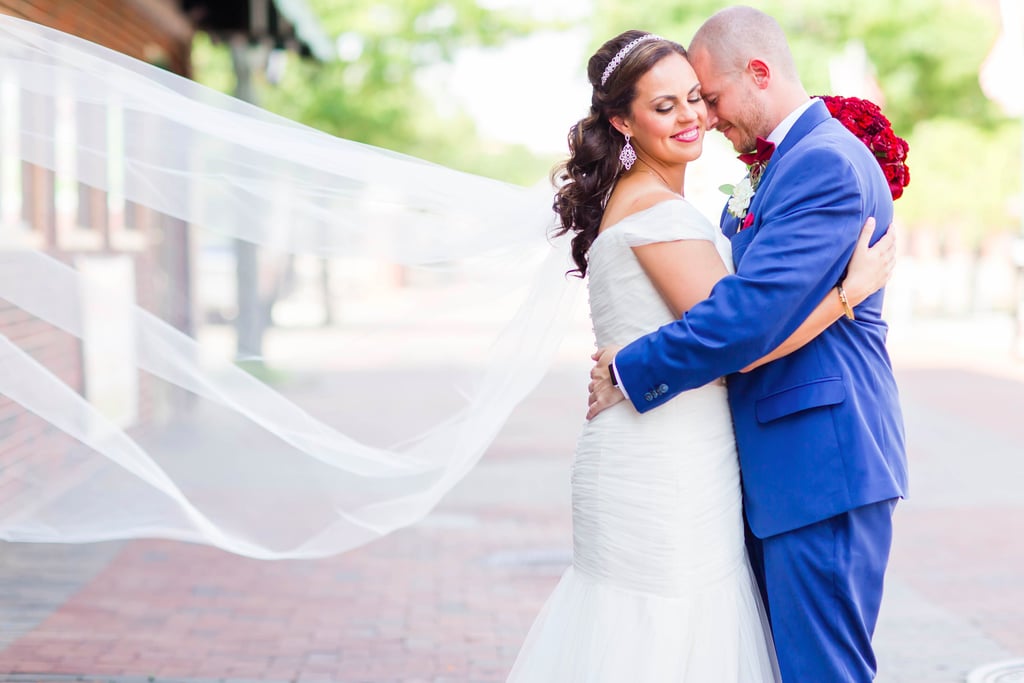 Chad's look was priceless when he turned around to see his real-life Belle, Michele. He was overwhelmed at the sight and even asked the bride if he could kiss her. "The look of excitement on both of their faces was joyous and infectious," said their photographer, Loren Jackson.

The couple had their fairy-tale wedding in Canton, OH, which included subtle details from Disney's Beauty and the Beast, Michele's favorite. Chad designed their invites to reflect the theme, and their centerpieces included encased single roses and gold candle holders to look like the character Lumière. Each table also featured photos of places that have been important in their relationship, like the carousel where Chad proposed and Progressive Field, where they have season tickets.

Wedding
This Couple Hiked a Mountain at Dawn For Their Elopement, and the Pictures Are Breathtaking
by Haley Lyndes 21 hours ago