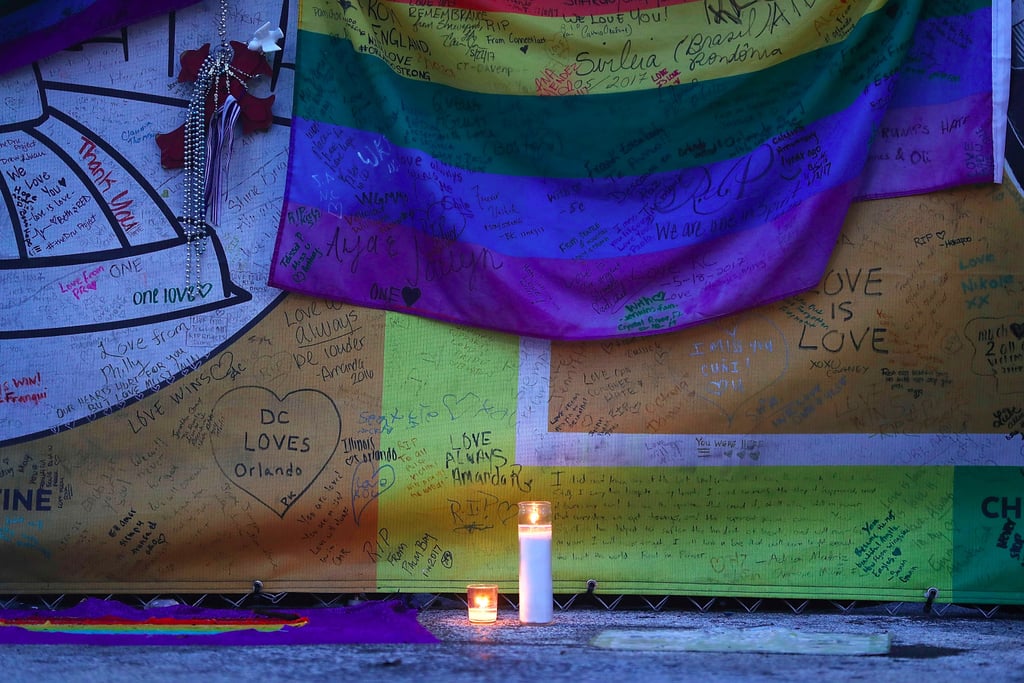 Monday, June 12, marked the first anniversary of the Pulse Nightclub attack, one of the most deadly mass shootings in US history. Much has changed in the past 12 months; Donald Trump has been elected president and has since introduced dangerous bathroom bills that put transgender youth in danger and begun an attack on same-sex marriage. And that's just the tip of the iceberg. In spite of the grim times we live in, though, there are rays of hope. Pulse has been turned into a memorial and "sanctuary of hope." The LGBTQ community, if anything, has been galvanized by these direct attacks on our rights. And even one year later, we are determined to remember those we lost on this day one year ago. See the most powerful images from the memorial site in Orlando, then take time to remember all of the victims who are no longer with us.