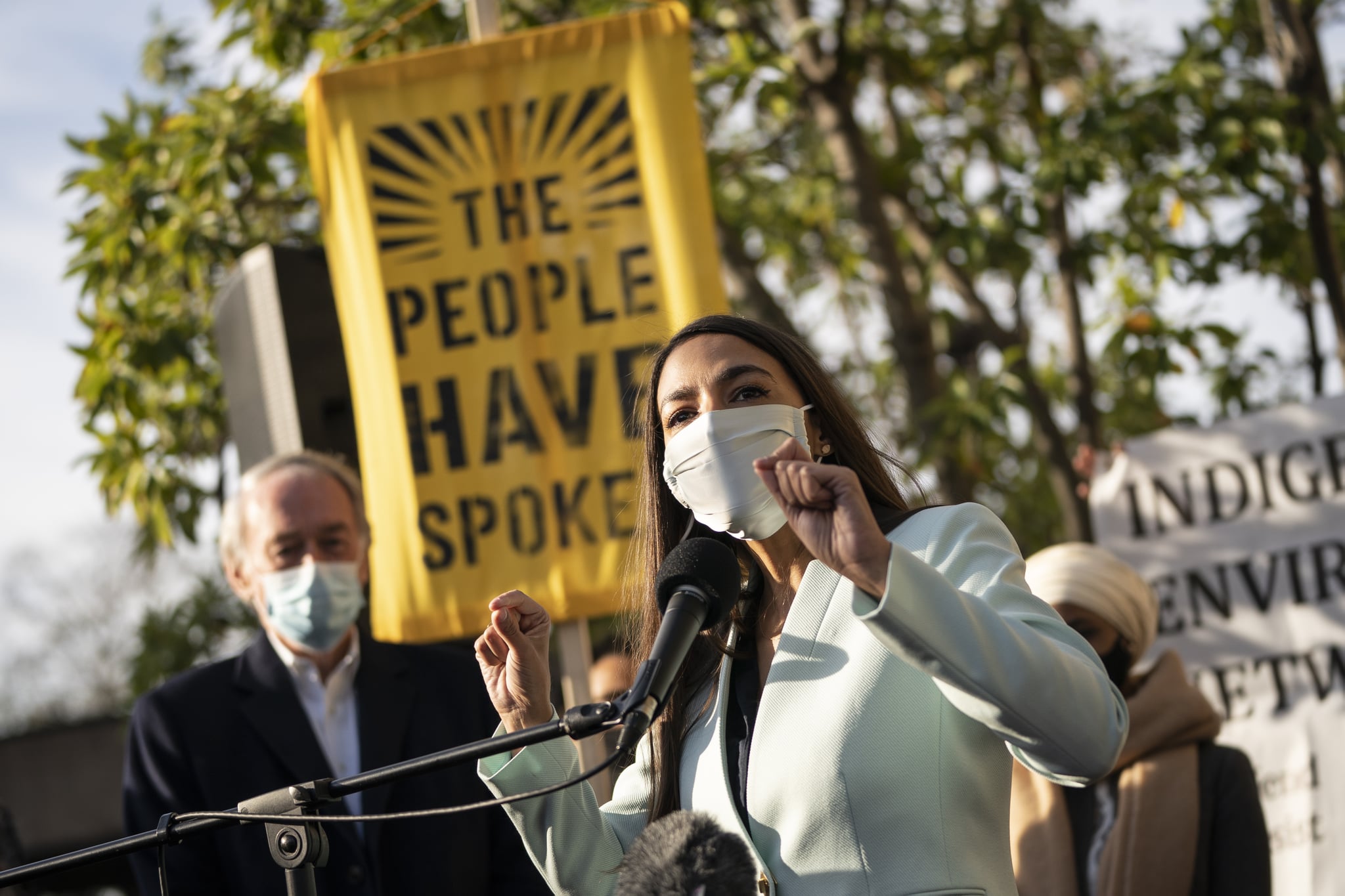 On Nov. 19, Representative Alexandria Ocasio-Cortez joined climate change activist protesters for a galvanizing rally in front of the Democratic National Committee headquarters. Despite low temperatures, numerous climate change organizations camped out overnight on the sidewalks surrounding the building in hopes of encouraging president-elect Joe Biden to make climate change a top priority once he takes office, according to The Guardian. The rally took place hours after Biden appointed Congressman Cedric Richmond as his climate change activist liaison, despite Richmond's consistent support of the fossil fuel industry.

"At the end of the day, dollar bills don't vote; although, they try to. We vote."

The representative went on to clarify that "the movement" is the combined effort of women, young people, the Black community, and other minority groups who have put in the work to make their voices heard. "As we've been saying since day one, they've got money, but we've got people," she continued. "At the end of the day, dollar bills don't vote; although, they try to. We vote. People vote. Young people vote. And it's about time — long past time — that we recognize and understand that we owe our seats, we owe our political power, [to] young people, the movement for Black lives, women, the working class across this country."

Thanks to these groups and leaders like Stacey Abrams, this movement has laid the groundwork for a stronger and more just America. In acknowledging this unwavering dedication, Ocasio-Cortez made a pledge on behalf of her fellow congress members to uphold the values of this movement and continue fighting for a better US. "So, don't tell us about what young people can and can't do, what the movement for Black lives can and can't do, what the movement for climate justice can and can't do," she said. "Because you all have done the work. You all got us a seat at the table." Watch a clip from the powerful speech here.

Rep. @AOC: ‘They’ve got money but we’ve got people. And at the end of the day, dollar bills don’t vote—although they try to—we vote. People vote. Young people vote.’ pic.twitter.com/oC6ton0b8B