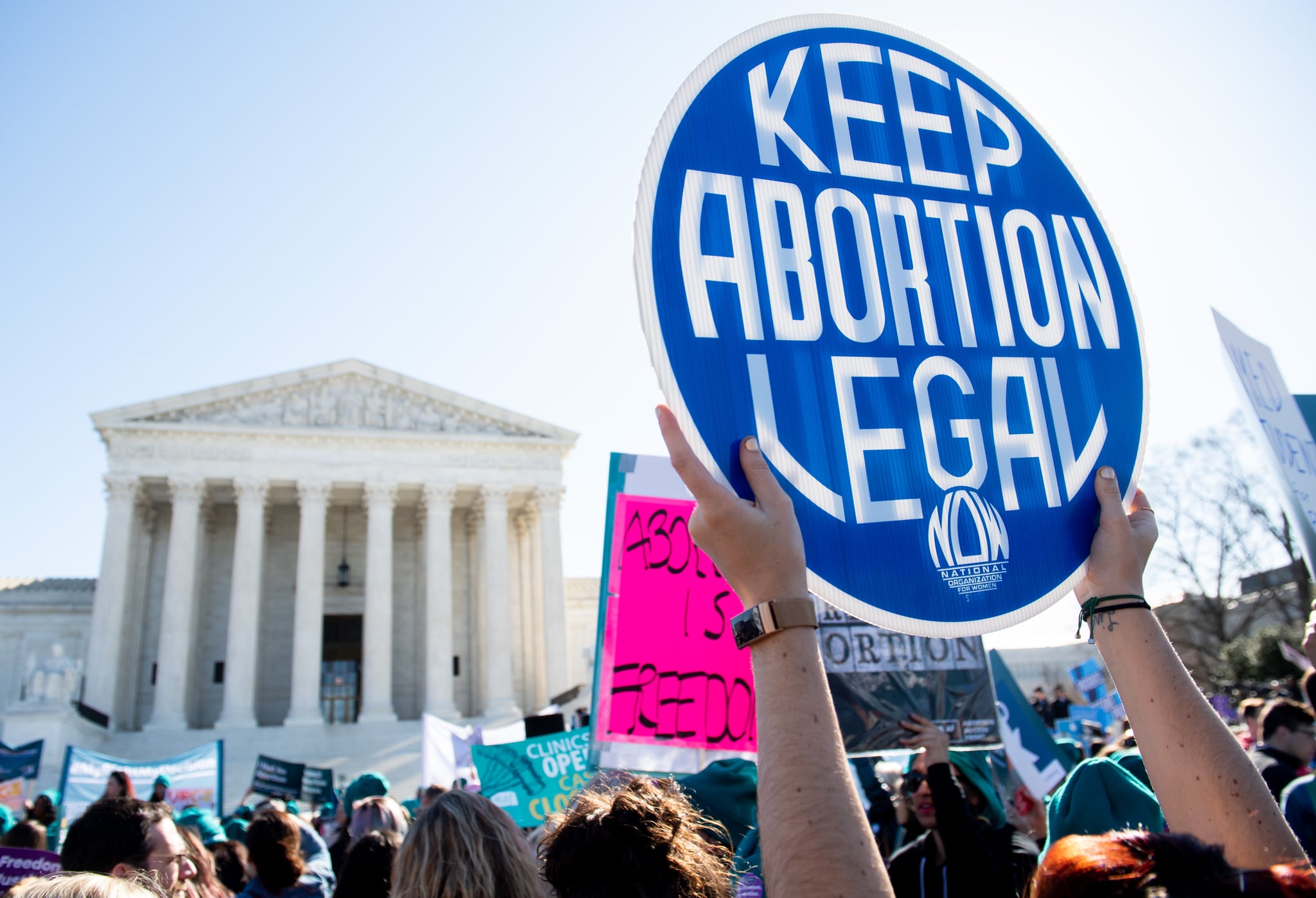 By now, you've likely heard that SB 8, Texas's draconian (and frankly dystopian) law banning abortions after six weeks, has taken effect. The law, which is the harshest and the most extreme in the nation, uses the notion of "cardiac activity" to justify denying care after six weeks of pregnancy, earlier than most people even know they're pregnant. Though similar state laws exist or are being debated in state legislatures, this is the first one to go into effect.

The law is particularly insidious for several reasons. By criminalizing the act of helping someone obtain an abortion rather than the abortion itself, SB 8 intentionally seeks to further isolate, marginalize, and victimize those in need of care. It also deputizes regular citizens to enforce the law by allowing them to sue anyone who violates it for $10,000. The entire system is built on spreading fear and paranoia, and by limiting access to safe, legal abortions, it will undoubtedly cause physical harm. This is especially alarming coming from a state that is already fighting a maternal mortality crisis, in which Black women account for just 11 percent of live births but 31 percent of pregnancy-related deaths.

The news is bleak, but I'm reminded of one of my favorite quotes from writer Samantha Hatcher: "Despair is a tool of oppression." When we fall into despair, we can't act. We're overwhelmed. Defeated. Disorganized. If we allow ourselves to dwell here, we cede our most essential tools: our anger and our determination. So, take one of the five steps below to fight SB 8 and the assault on abortion access. Have one conversation. Make one donation. Write one letter. Do something. You'll feel better, and we'll all be better off. I promise.

1. Educate Yourself on the Issue

Every time I tell people that educating themselves is a tangible help to the movement, they look at me like I've turned purple. But here's the thing: this bill is the result of decades of strategic attacks on abortion rights and access. I've seen enough Winston Churchill biopics to know that to defeat your enemy, you have to understand their approach. Knowledge is a weapon in this fight. Abortion is complicated because it's a political issue, but it's also a human experience, and one felt differently depending on circumstance and privilege. Ground yourself in both with one of these resources.

2. Give to an Abortion Fund

This is a big one and something you've undoubtedly heard floating around in the past few days. In 2014, 75 percent of abortion patients were low income, with 49 percent living below the federal poverty line. With prices ranging anywhere from a few hundred dollars to $15,000, it becomes clear why the cost of abortion care is one of the largest roadblocks to access. The classist nature of abortion bans also comes into focus.

3. Double Your Impact by Asking Your Friends

If you know me, you know I have a tendency to ask my friends and family to donate money. With full acknowledgement that I can do this because of economic, racial, and even geographic privilege, I still encourage you — if you are able and it is safe to do so — to consider making a personal ask or offering a matching gift to friends and family. In the fundraising business, we call this "peer-to-peer fundraising."

For example, my partner and I sent an email to our closest friends and family in the immediate aftermath of SB 8 detailing why this moment is so important to us and why supporting abortion access is so imperative, offering to match any gift given to an abortion fund up to our financial capacity. The match offer depends on each person and works just as well with $50, $100, $1,000, a promise of baked goods, a custom poem, or a home-cooked meal. The point is: offer something that puts your skin in the game so people feel the importance. In just 24 hours, what would have been one gift from our household became more than 20 donations. And all it took was one email.

4. Fight For Change at the Federal Level

If SB 8 has shown us anything, it's that we have to keep up the fight for federal protections. There are three things happening at the federal level you need to know about:

Each of the links above will take you to petitions from the National Council of Jewish Women, which will send them directly to your elected officials. You don't need to be Jewish to fill these out, but you do get the added bonus of supporting an organization fighting the narrative that all people of faith oppose abortion access.

5. Talk About It, and Include People Who Can't or Won't Get Pregnant

This is a biggie. Bring abortion out from the shadows. Use the word. Proudly tell the world you're pro-abortion access, rather than pro-choice. Make fewer assumptions about who might be affected, including the LGBTQ+ community. Destigmatize the experience and the language surrounding it. Listen to stories that make you uncomfortable, especially if they come from someone different than you. As I previously noted, one of the cruelest parts of SB 8 is the way it reinforces a culture of fear and silence around abortion. Don't let them win.

A couple years ago, I bribed a bunch of people with pizza and led a dinner dialogue about abortion. When I asked my male friends to share their thoughts and feelings on the topic, most of them said they didn't know how. No one had ever asked. They didn't feel it was their place. It wasn't about them. But here's the thing: it is about men and other folks who can't or won't personally get pregnant or need an abortion. It's about all of us and the world we want to live in. It's about our understanding of whose bodies are worth protecting and whose lives and futures we value.

After receiving my email about SB 8, the husband of a close friend made a large donation. It reduced me to a blubbering pile of tears, because I'm so used to men politely ducking out of the conversation. But he knew this was just as much his fight as mine. So let's talk about it. All of us.

Identity
This Roe V. Wade Anniversary, We Must Consider Race
by marjua estevez 6 hours ago