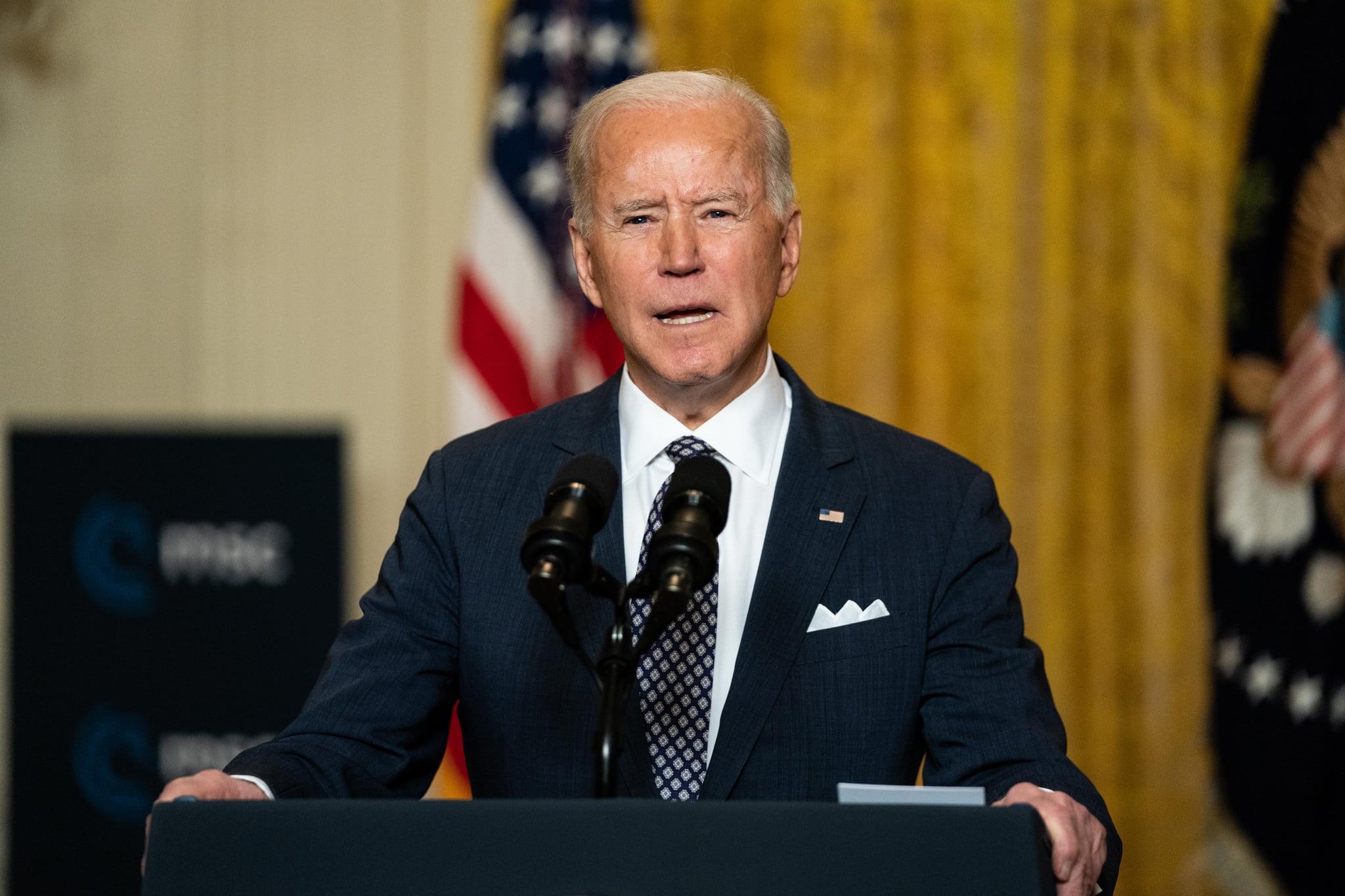 President Biden and Vice President Harris have already enacted swift and life-saving policy changes to begin to reverse the damages of the previous administration, rolling out a $1.9 trillion COVID relief plan and an executive order to reopen Affordable Care Act enrollment, to name a couple. But amid sweeping moves to rein in the pandemic and recession, protecting and expanding reproductive rights can't fall to the wayside. Ensuring everyone can get the health care they need, including abortion and contraception, is essential to building back better — especially for the women and pregnant people of color who are disproportionately harmed by restrictions, bans, and cost barriers to care that have been exacerbated by the pandemic.

On the campaign trail, Biden's bold promises to protect and expand reproductive rights were crucial to his victory. These included his commitments to exclusively appoint judges and Justices who support abortion rights, reverse the Hyde Amendment, which restricts Medicaid coverage of abortion, and reverse the global and domestic gag rules, which strip many reproductive health care providers in the US and abroad of funding.

Despite many Democratic politicians' discomfort when it comes to saying the word "abortion," reproductive rights are an essential and widely popular priority among the majority of voters. Seven in 10 voters support Roe v. Wade, while 62 percent of voters support Medicaid coverage of abortion care. Last September, 66 percent of Democratic voters identified "Supreme Court appointments" as "very important" to their vote, around the time President Trump appointed the anti-choice Amy Coney Barrett to the bench.

Advocates have expressed frustration with the administration's non-committal statements on the Hyde Amendment.

So far, Biden's first weeks in office have yielded important progress on this front. Within days of being sworn into office, the president signed an executive order to lift the global gag rule, restoring funding to global health groups that offer services like abortion, as well as life-saving sexual health education. The Biden administration has also signaled its support for reinstating Title X funding for reproductive health providers, after the previous administration defunded many of these groups and shifted funding to anti-abortion programs.

But at the same time, advocates have expressed frustration with the administration's non-committal statements on the Hyde Amendment, which disproportionately harms women of color who are more likely to rely on Medicaid for health care. Last month, its statement commemorating the 48th anniversary of Roe last didn't even include the word "abortion." The president's promise to codify Roe into federal law has also been met with criticism, as advocates and people who faced significant barriers to get abortion care have pointed out that even with Roe in place, abortion remains widely inaccessible.

There's more the administration can do right now to enact change — President Biden could take the first step to support Medicaid coverage of abortion care by submitting a presidential budget without Hyde to Congress. And while Biden's pledge to appoint only pro-choice Justices and judges is a critical litmus test, it's not enough to correct the hostile anti-abortion policy landscape we face today. Beyond the federal level, states have passed hundreds of abortion restrictions and bans since 2019. Already, with 90 percent of US counties lacking an abortion provider, seeking abortion care required extensive travel and associated costs — all of which have been worsened by a pandemic that's severely restricted travel, and caused millions to lose their jobs and insurance. And nothing short of sweeping changes and reforms to the Supreme Court — including expanding the bench to account for seats stolen by voter suppression and conservative politicking — can undo the extremist judicial legacy of the Trump administration, which installed a 6-3 anti-abortion majority on the Supreme Court, and appointed hundreds of anti-abortion federal judges across the country.

In 2019, prior to suspending her presidential campaign, Vice President Harris introduced a plan that would require states trying to restrict or ban abortion to receive federal pre-clearance. It's crucial that the Biden administration adopt this plan, at a time when state-level attacks are on the rise. Ohio recently passed a bill to require people who have abortions to pay for costly fetal burials out of pocket, and Arizona is considering a bill to criminalize abortion even with Roe in place. The Arizona bill would codify an alarming trend of pregnancy loss and self-managed abortion being met with criminal charges and even jailtime, especially targeting women of color.

In addition to adopting Harris' 2019 plan, the Biden administration can direct the FDA to lift dated, medically unnecessary requirements that force many people seeking the medication to needlessly travel and risk exposure to COVID. States across the country have passed legislation to restrict access to medication abortion care, at a time when ensuring people can get the medication they need from home could save lives.

Health
I'm a Latina With Endometriosis, and Here's Why My Story Matters
by Johanna Ferreira 16 hours ago