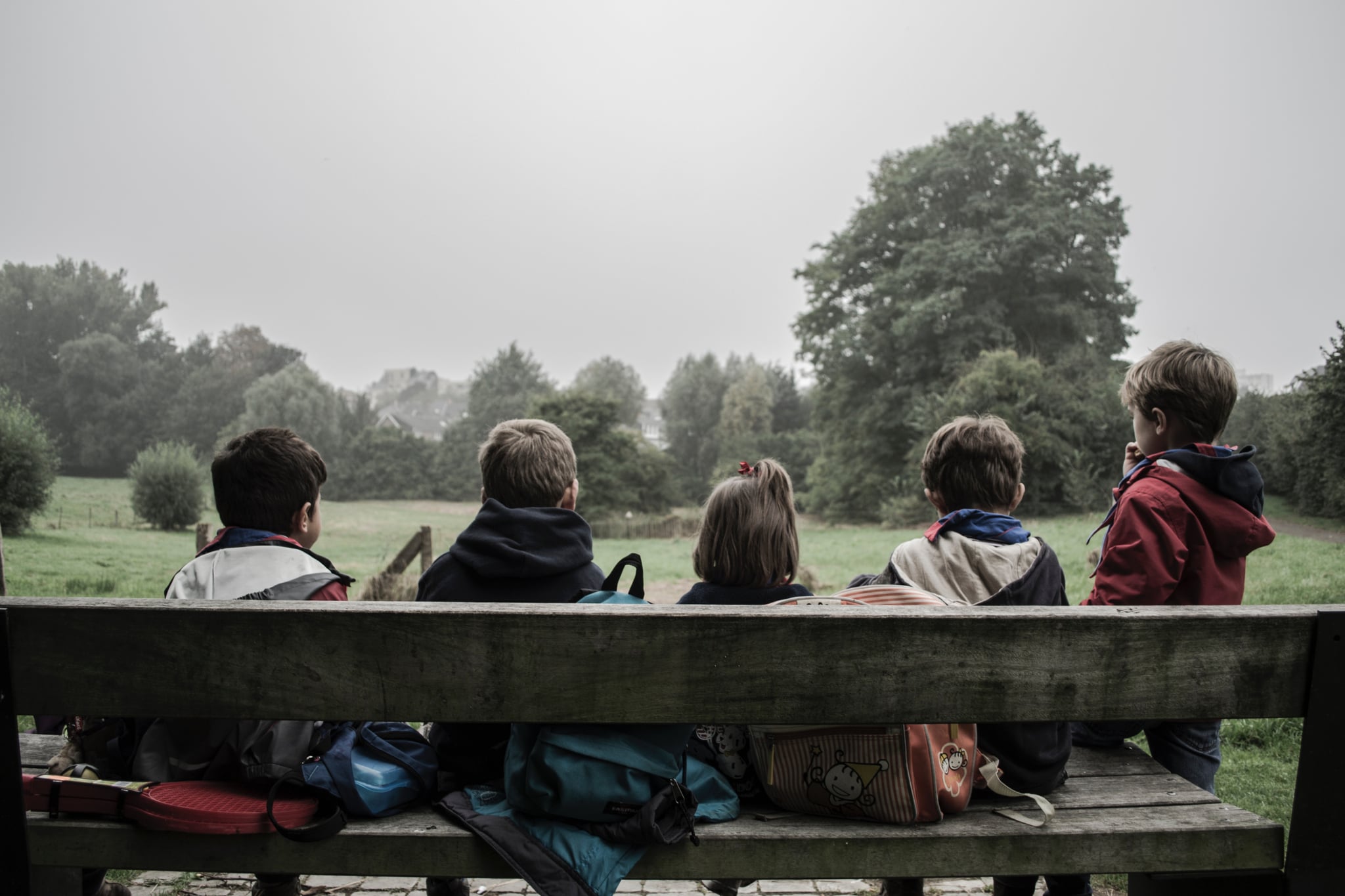 I woke up yesterday in disbelief. In 48 hours, I had raised nearly $1,000. I keep waiting to stop oscillating between tears of joy and total, blissful confusion.

But first things first: The point of this post is not that I did such a cool and special thing, or even that I am surrounded by wonderful friends and family (though that last part is true). The point is that everyone, regardless of status, class, socio-economics, or anything else that divides us, is positioned to do something to help someone. The point is that your community can surprise you if you give it the chance. The point is that even if we can't solve one problem entirely, maybe we can make strides to address another. In this one case, I was able to use social media to unite a disparate group of people in a single quest: filling up backpacks for homeless children in DC. Maybe you could, too.

Anyway, here's how it happened.

A few weeks ago, two things happened in very quick succession: The Trump administration started cruelly separating young migrant children from their families at the southern US border in an (unsuccessful) attempt to stem the tide of immigration from Latin and South America — and I learned that my five-year-old niece learned to read in the six months since I had last seen her.

What I was hearing about children and families in indefinite detention broke my heart. What I saw when I visited my family — three strong, intelligent, confident young girls surrounded by love, support, and opportunities to learn — filled my heart to the brim. If it's possible for a heart to grow and break in the same moment, then that's what happened. I wanted to do something, but I felt helpless to do anything useful.

Hi, friends. I'm taking my anger, frustration, and broken heart about all the children sitting in detention facilities...

When I returned to DC, I found an email in my inbox asking if I'd like to contribute to a campaign from So Others Might Eat, an interfaith community-based organization collecting school supplies for children living in local homeless shelters. This wasn't going to help the children on the border, but it was going to help a child — a child at arm's reach, no less. So, in honor of my oldest niece entering the first grade, and to avoid allowing helplessness to become paralysis, I signed up to put together a backpack of supplies for a girl of my niece's age.

I emailed a few friends and family members and posted to Facebook, asking if anyone else might like to contribute. To my delight, I raised enough to put together three backpacks. When I got home, I put up an Instagram story letting people know I'd be going back and they could still send contributions via Venmo. Then I went to sleep.

I woke up to $250 in additional donations. That's about six more backpacks.

I posted to Twitter about my experience, tagging the organization running the campaign. After they retweeted and responded, I received about $200 more dollars in contributions.

This is amazing! Thank you so much @sof and your family and friends as well. We know some great little kiddos who are going to be so pumped to get these supplies! https://t.co/vA4oMZRStk

More and more Venmo notifications popped up over the course of the day. People I'd met at weddings years before, people I'd grown up with at summer camp, people I work with but have never met, people I interact with online but have really never meet— they were all contributing. I cannot underscore enough how surprised I was by all of this.

When the Instagram story expired, I took one of the pictures and posted it to my actual Instagram feed in case anyone hadn't seen it in time. Then I went to sleep, again.

GUYS. In the last 24 hours, we raised SIX HUNDRED DOLLARS. That's like FIFTEEN backpacks full of school supplies for DC kids living in local shelters. Thank you so much to everyone who donated - I'll follow up with everyone individually and send lots of pictures after my next Target run. For those who want to participate, we're putting together backpacks for local kids to try and spread some light and hope into the world while there is so little we can do to improve the treatment of migrant children currently in detention (though we should still try). Rather than be heartbroken and do nothing, we're taking a step to help those within arm's reach. I'll keep accepting contributions via Venmo until Sunday. Thanks again - what an incredible day.

I woke up to five more donations. Three more backpacks.

At this point, I was nearing $900. Mothers of my friends were contributing. Aunts were sending checks in the mail. I was shocked and excited and totally in awe.

As it stands now, just two days later, my Venmo account holds over $1,000. That's more than 25 backpacks worth of supplies. This weekend, I'll go back to the Target and functionally clean them out of pencils, rulers, unicorn folders, and mermaid notepads.

Before I go on, I want to be clear about a few things.

First, I know this experience isn't directly replicable for many people. I know that I was raised with incredible privilege and, because of that, I have a social circle of those who are also privileged. I know that most of my friends have disposable income to spend at will. I know that I am lucky to have the life that I have because it's totally random who gets born into what world — there is very little "deserve" in the equation of who grows up with opportunities.

Second, I know that buying school supplies for kids won't address the systematic injustices that perpetuate cycles of poverty, especially in communities of color. And I really know that this isn't going to help the families stuck on the US border. We have to keep fighting these battles, too. But while we do that, kids in DC still need school supplies.

Mostly, I just want to say that I had no idea this would happen, but really all I did was post about an opportunity to do something nice on social media. Anyone can do that.

Somewhere between Instagram, Venmo, Facebook, Instagram, and Twitter, my community came together. We don't have to know how to solve the entirety of each problem we address but doing something that gets us closer is infinitely better than doing nothing that gets us nowhere. I hope you can find as much motivation in that as I do.

PS – if you found this motivating, make it work in your world. Post this piece to your social media feed and

ask your friends to help So Others Might Eat buy uniforms and school supplies for every needy kid in DC. Or pick your own issue. Tell people why you care. Ask them to figure out how they can help. Go to sleep. Post it somewhere else. Go back to sleep. Do it again. Just keep trying. Maybe someone will surprise you.