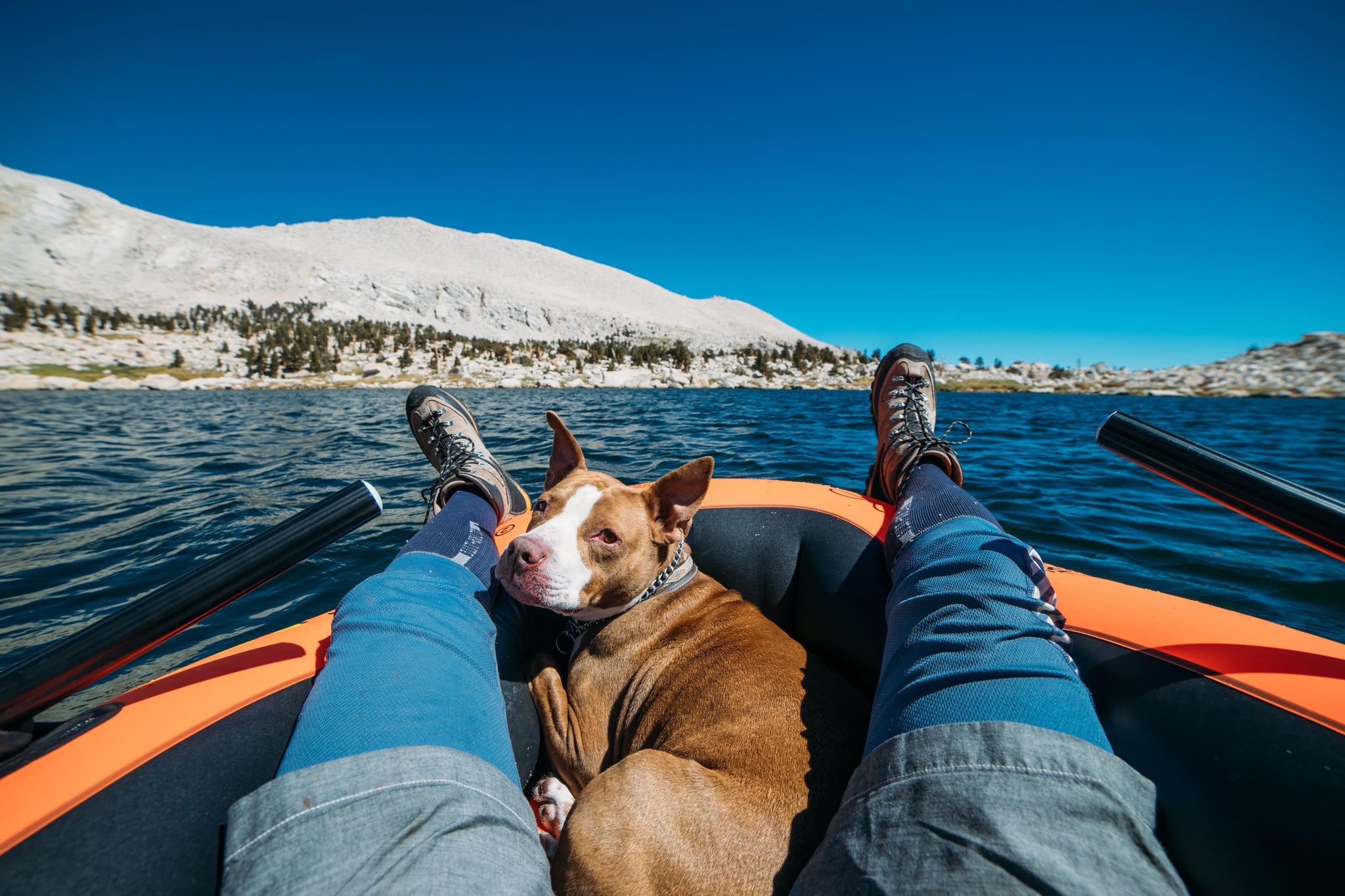 You swear you can feel your stress level go down when you pet your pup, right? And you're pretty convinced your heart rate goes down when your dog is by your side. Well it's not all in your head; science actually proves what we pet parents have known forever: that having a dog is actually good for your health (like really, really good for you). Here are a few research-backed studies that prove our pups are just what the doctor ordered.

1. They lift your mood

Sad? Step away from the ice cream. Researchers from the University of Missouri-Columbia found that petting your dog releases feel-good hormones. The study revealed that serotonin, the chemical that maintains mood balance, increases when a human interacts with their dog (vs. one they don't know.) It only takes a few minutes of petting to release those hormones, so start snuggling now.

Those warm and fuzzies you get when you stare into your pup's eyes are no joke. A study published in Hormones and Behavior found that owners and dogs who shared a long mutual gaze had higher levels of oxytocin (aka the cuddle hormone) in their urine than owners of dogs giving a shorter gaze. And yes, it's the same hormone that's triggered when you hold your baby. No wonder some humans call pups "fur babies."

It's not all warm and fuzzies, though — dogs can potentially help extend your life (and definitely improve your health). Researchers from Melbourne, Australia, found that pet owners have lower levels of blood pressure and cholesterol than non-pet owners, regardless of their smoking habits, diet, or body mass index. Dog ownership in particular may help reduce cardiovascular risk because of all the physical activity that comes along with walks and games of fetch.

4. They keep you in shape

Speaking of physical activity, a study conducted by University of Missouri researchers found that dog walkers improved their fitness more than humans who walked with other people. Perhaps that's why dog owners are 34 percent more likely than nonowners to reach their fitness goals, according to another study published in the Journal of Physical Activity and Health. If that's not motivation to walk your pup for longer, what is?!

Related:
A Brand-New Study Says Screaming at Your Dog Can Have Some Seriously Negative Effects

5. They reduce your stress level

Duh, right? But pups may be more relaxing than your SO. A study published in Psychosomatic Medicine showed that when people had to do a stressful task, they experienced the lowest stress response and the quickest recover when they did it with their pet, as compared to alone, with their spouse, or a friend. Why? Research believes it's because pups are a nonjudgmental companion (compared to some other humans we know).

Not just any old paper cut, either. According to a study published in Pain Med, 34 percent of patients suffering from fibromyalgia reported pain relief along with less fatigue and a better mood after spending just 10 to 15 minutes with a therapy dogs, compared with those who sat in a waiting room. In a different study the following year by Loyola researchers, 28 percent of patients who had total joint replacement surgery needed fewer pain medications because they had daily visits from a therapy dog compared with those who didn't receive any puppy love.

7. They make you more social

Being a "dog person" can make you more of a people person too. Researchers at the University of Chicago found that having a pup made people feel happier, less isolated and lonely, while other pets didn't have the same effect. Perhaps it's all those hours we log at the dog parks. Or maybe because we feel compelled to at the least say hi to the human whose pup's butt ours is sniffing.

Pet Advice
Love Those Singing Dog TikToks? 2 Vets Explain Why Dogs Do It
by Sydni Ellis 2 days ago

Pet Advice
Is It Safe For Your Dog to Eat Cicadas? A Vet Explains
by Morgaine McIlhargey 4 days ago