"I stopped giving a f*ck." That's one of my favorite parts of this week's Pretty Unfiltered with Bella Thorne, because it usually takes people a good 10 more years to get to that place in their life. It feels necessary to seek approval from others as a teen, but for Bella, growing up hasn't been hard to do. She's embraced herself and who she wants to become, which is fitting: the 18-year-old actress and ingenue stopped by to talk about her partnership with Burt's Bees and the #LoveYourNature campaign, and while shockingly wise for her age, she ended up revealing that she deals with the same insecurities any normal teenager might deal with.

Actually, this isn't a new revelation. While most young actresses have a team dictating their every move, Bella is a breath of fresh air. She says what she wants, but she's thoughtful. She's sweet yet provocative. As a movie and television star, she's supposed to be unattainable and mysterious, but she's authentic in that she shares even her most insecure moments with her legions of fans: from dealing with breakouts to her dyslexia to preparing for a colonoscopy. (Yes, really.) It's the juxtaposition of her beauty to her penchant for curse words and oversharing that makes her as lovable as Chrissy Teigen. People love a dose of reality, and Bella serves it up just right.

Speaking of, Bella has always been candid about her relationship with acne. She's dealt with dermatitis from unwashed makeup brushes on set, she's been on Accutane, and she admits that it's been a journey to embracing her imperfections. Currently, her skin is gorgeous — take it from someone who was a good 12 inches away from it — but going through rough acne stages took its toll on the actress, both personally and professionally. "At one point, they said, 'Maybe you're not getting hired by directors because all they keep looking at is your skin,'" Bella said. She addresses the stereotypes associated with it as well. "You go out and people think you're dirty, that you're, like, disgusting. That you must not take care of yourself because you're uncleanly because you have acne," Bella said. "But really it's something that everybody f*cking gets!"

Bella admits that she's able to try different facial treatments and skin care products, which has gotten her skin under control, but it's far from perfect, and that's OK. "Just recently I started to become OK with it," Bella said. "Recently, my sister . . . we both struggle with trying to get acne taken care of. I was like, 'Look at this pimple! I have a press day tomorrow, how did this just happen to me?' and Dani was like, 'That is a beautiful pimple, Bella. Your face is beautiful. You have beautiful skin. You love your face,'" Bella said. The actress says that she speaks positively about herself to keep her confidence in check, regardless of what's going on with her appearance.

That confidence has become stronger over the past few months; the actress has been more comfortable going out unmade-up in public. "In the past three to four months, I've really changed. I've really become a very different person," Bella said. "I'm really happy I've grown into who I'm becoming now and who I will become. And I kinda just changed my whole opinion, which was . . . " she paused for me a minute, took a second to think, and went for it. "'I don't give a f*ck.' I don't care. You wanna trash me? I don't care!"

Maybe it's because she's a great actress, but I felt connected to Bella. She puts you at ease and makes you feel like you've known her forever, whether it's not caring about personal bubbles on set, getting real about issues most would avoid talking about, or resting her head on yours for a cute photo. It's rare to find someone so open and trusting in the social-media-driven world we live in, and I can only hope she keeps that quality for years to come. 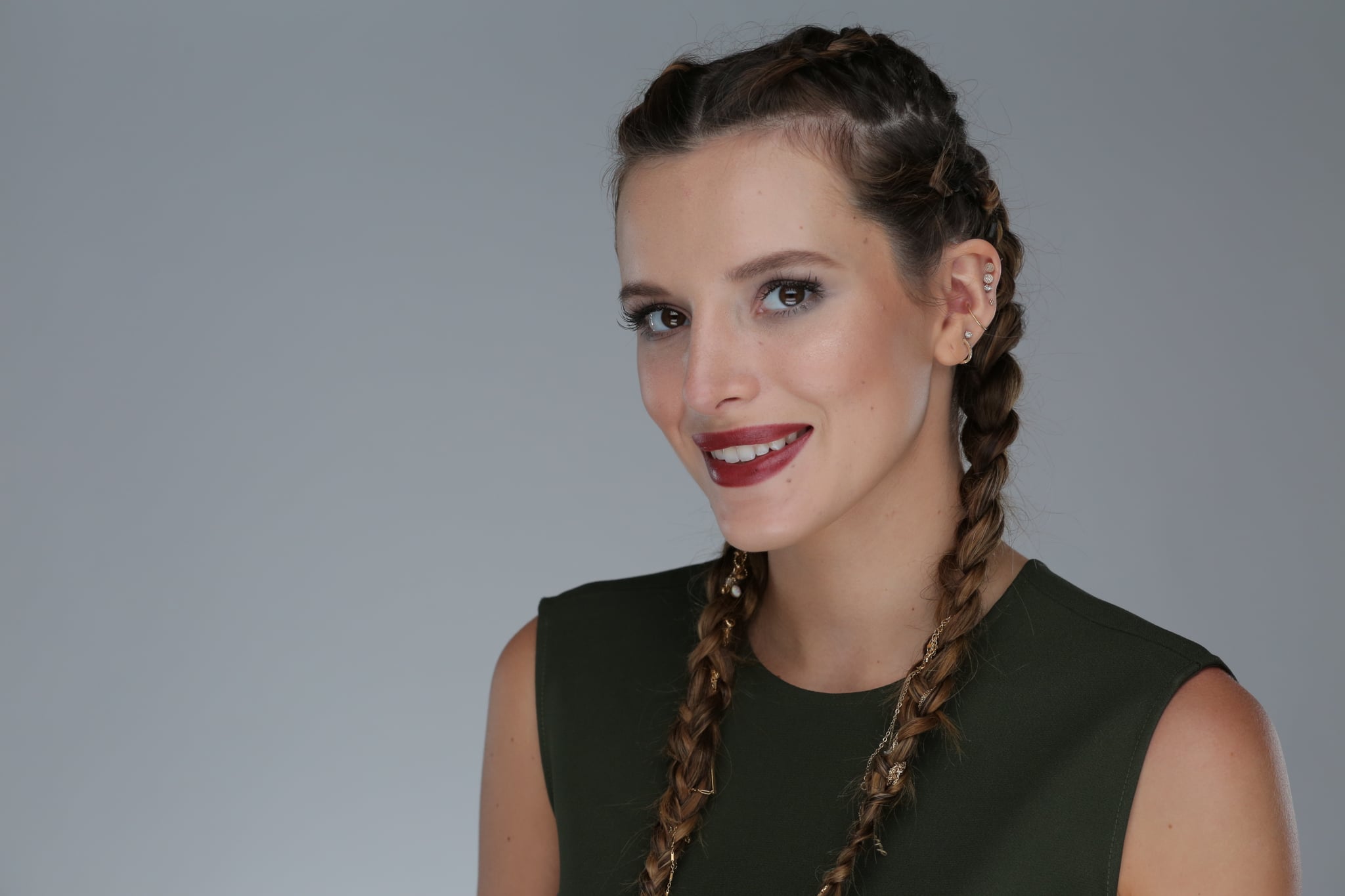 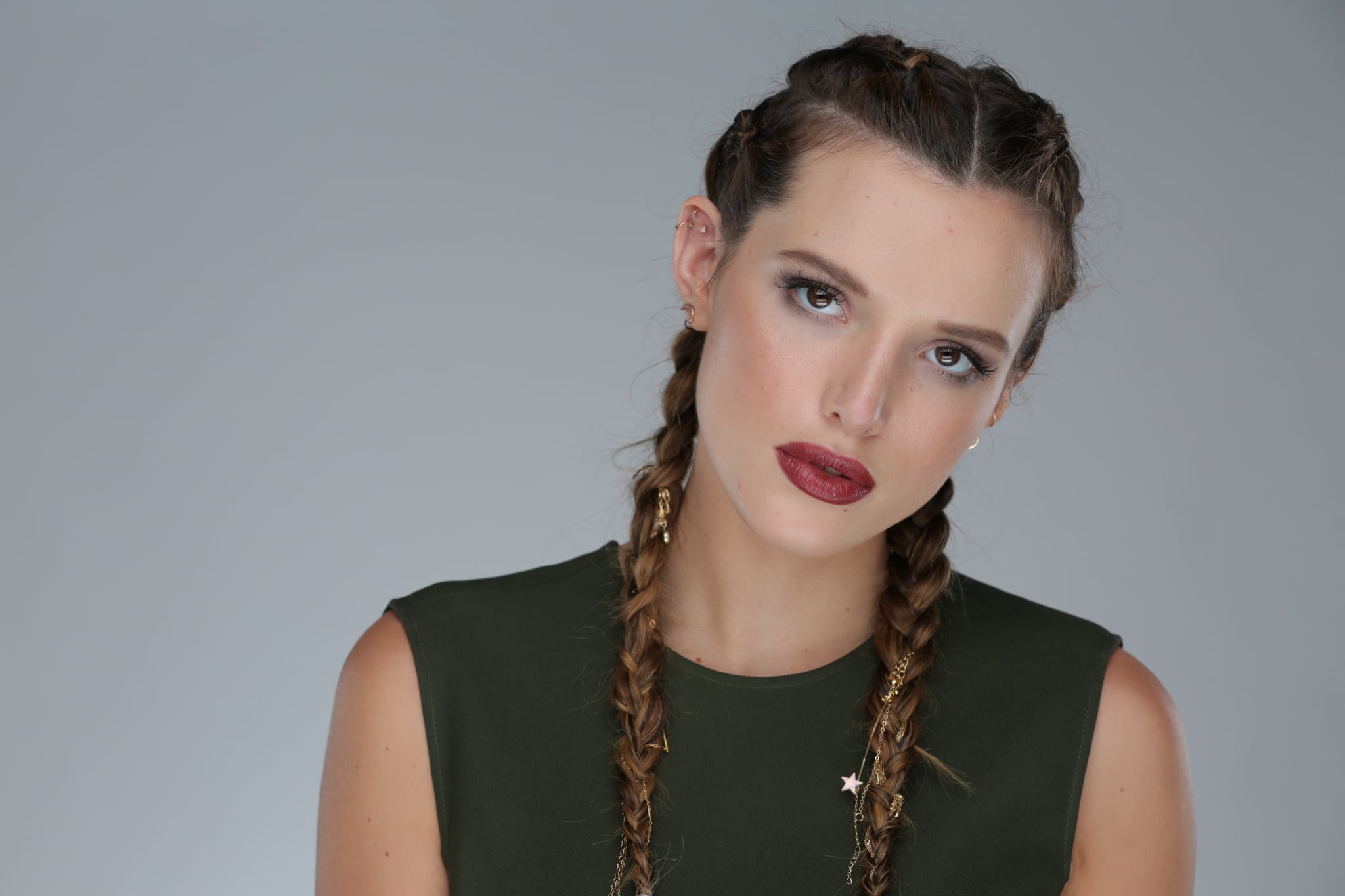 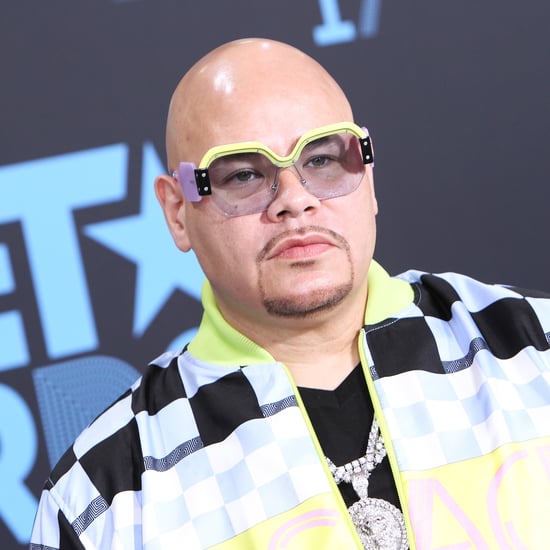