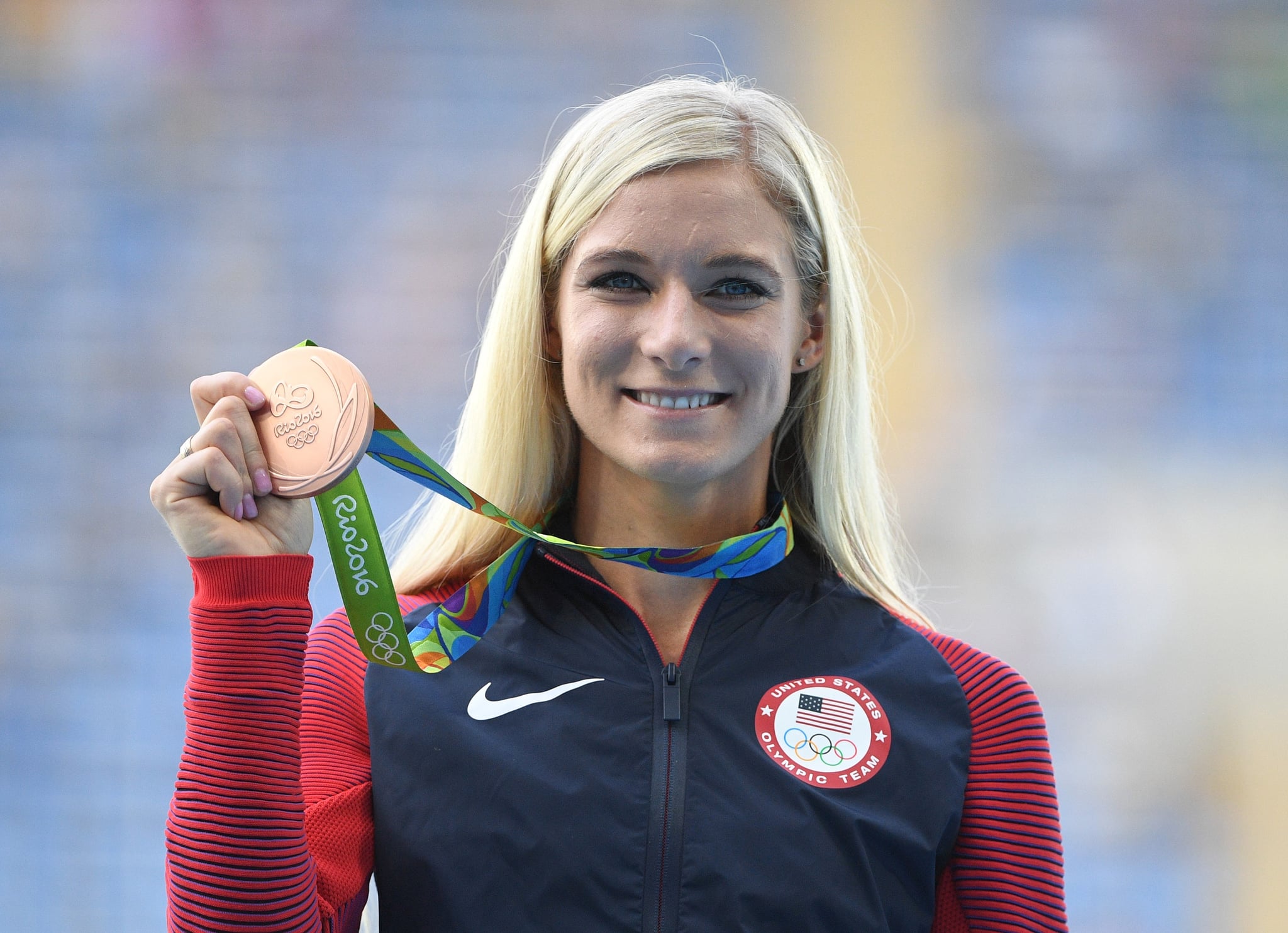 The women participating in the 2016 Rio Olympics know the struggle of keeping your hair in place while competing in physically demanding sports. Just ask runner Emma Coburn. She was gearing up to compete in the 3,000-meter steeplechase event but during her warm-up she realized she forgot a hair tie.

Like most of us, Emma consulted her competitors to see if anyone had a scrunchy to spear. Luckily for her, fellow runner Evan Jager was carrying extra. He lent Emma his hairband before kicking off her race, and she was able to win a bronze medal with her hair out of her face.

Emma tweeted about the good deed, sharing that though she's trained hard for her competition, the hair tie was her unexpected lucky charm for getting the medal. She returned the favor and gave Evan his heroic hair tie back. He fastened his man bun and went on to win a silver medal in the men's steeplechase competition. The two joked that Emma's luck rubbed off on the elastic band and helped Evan place in his race.

Though we're sure it's the speed of both athletes that got them across the finish line, we totally understand the feeling of luck you experience after getting a hair tie when you need it the most. We're happy Emma was able to slay her race without her hair getting in the way.

Before warming up for my final I couldn't find a hair tie. Luckily, @EvanJager was there and came through with one for me. #truestory

I'm not gonna lie. I used that hair tie for the race today. I needed some of that good juju! 😉 I owe it all to you 😝😝

Olympics
With 6 Months Until the Olympics, Meet 6 US Athletes Poised to Win Gold in Tokyo
by Maggie Ryan 1 day ago