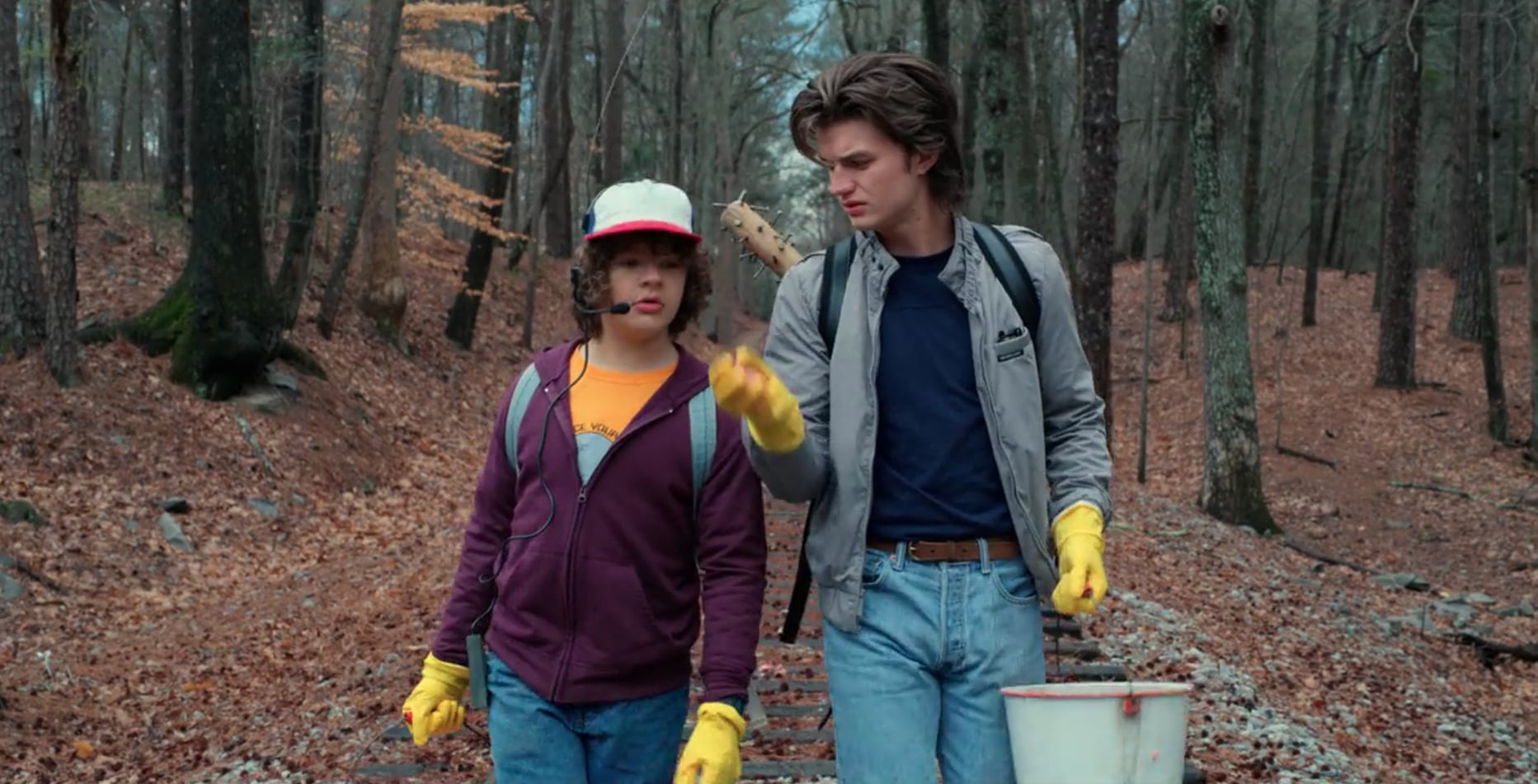 If you've already binge-watched all of Stranger Things (and if you haven't, brace yourself for a small spoiler), you were likely intrigued by Steve's hair routine.

In one scene, Steve reveals the secret to his luscious (and girl-attracting) hair to Dustin. "It's Fabergé Organics. Use the shampoo and conditioner," Steve explains. The final secret, however, might surprise you: "When your hair's damp — it's not wet, OK? — when it's damp, you do four puffs of the Farrah Fawcett spray."

Surprisingly, the products Steve references actually existed in the '80s. Farrah Fawcett had an entire line of hair products through now-defunct Fabergé Organics, and they had some hilarious advertisements with Farrah and a golden retriever frolicking on a beach.

Although these products are no longer sold, Joe Keery, who plays Steve, told Esquire his advice on how you can get a hold of the spray: "You can probably find it on eBay or something. Prices will probably jack up in the next week or two. Or maybe Netflix will reissue it."