Although she may be a native of LA, Gigi Hadid is showing her support for Team East Coast in the most glamorous way imaginable. The supermodel just revealed her entire Gigi x Maybelline East Coast Glam Collection on Instagram, and not to alarm you or anything, but you're going to want it all. This set of goodies joins the existing Jetsetter Palette in rounding out Gigi's first-ever beauty line.

In her announcement of the news, Gigi wrote that the products "can be used and added on throughout the day for one of my favorite chic [and] badass day-to-night looks!"

Along with the 11-pan Jetsetter Palette ($30), it looks like Gigi's releasing a set of neutral lipsticks, liquid and gel eyeliners, mascara, and an eye-shadow brush. There's also an unidentified tube of what looks like perhaps foundation, CC cream, or bronzer.

We're getting slight KKW Beauty vibes from the sleek, sandy packaging of these products. In past teases of the line, Gigi revealed that she was inspired to create a set of products for a "light, everyday look" users can achieve "quickly and easily." So whether you're jetting off to a foreign country like Gigi often does, or simply trying to apply your eyeliner on public transit, the East Coast Glam collection is here to make life a little bit easier.

Even though Maybelline is a drugstore brand, this bundle will be sold exclusively at Ulta. The Jetsetter Palette is already available online, but you'll have to wait until Oct. 22 to fill your beauty bag with the rest of it. 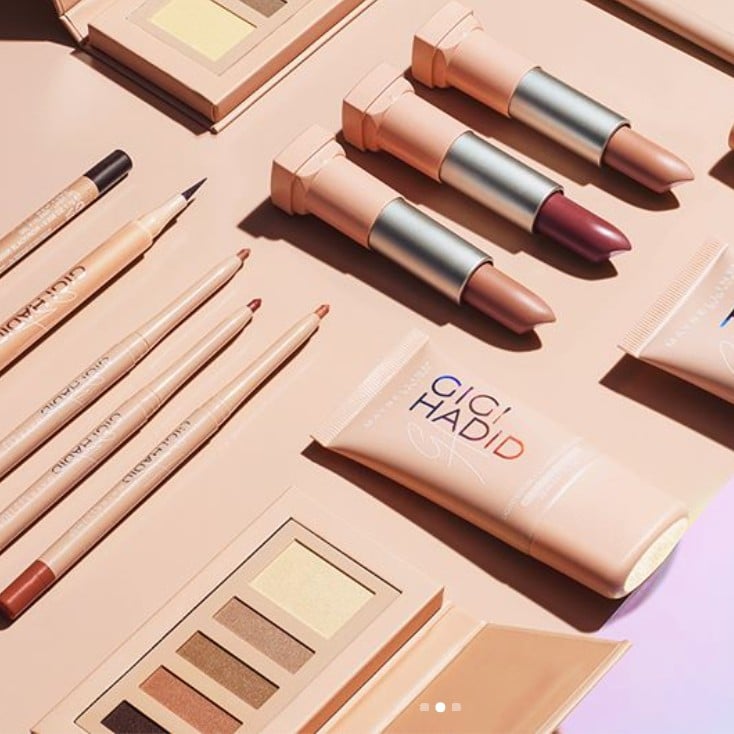