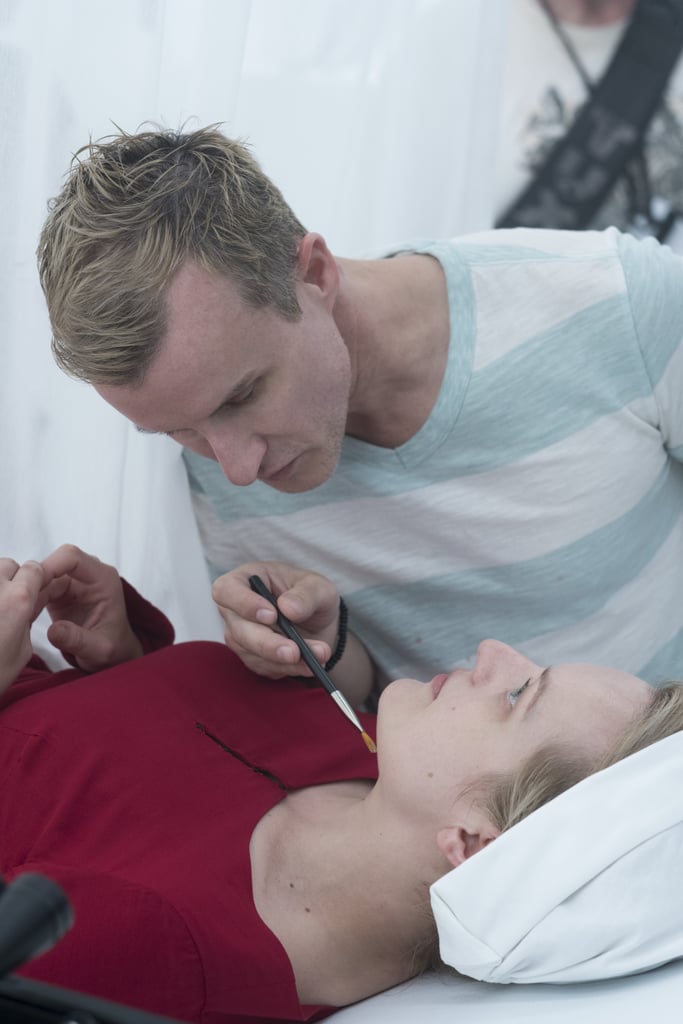 The Handmaid's Tale Makeup Artist Has an Interesting Lip Liner Hack, but It's Not What You Think

Anyone who watched (or, sorry, bit off all your nails while watching) the last episode of The Handmaid's Tale knows that season three is going to be a little. . . different — and that extends to the hair and makeup.

To recap, Offred (played by Elisabeth Moss) stayed behind in Gilead to save her daughter Hannah, which means one thing: "She's in fight mode now," said Burton LeBlanc, the show's makeup department head. "We wanted to establish more of a Sarah Connor-from-Terminator look. That's a loose reference, but I just mean we made her face more angular, using makeup to create shadows underneath the apples of her cheekbones and under her jawline — like a tougher look, but without making it obvious that she's wearing makeup."

So yes, that's one piece of the chaotic puzzle you can expect in season three. But because this is The Handmaid's Tale we're talking about, you know that sometimes the best things come in unexpected moments. LeBlanc is breaking down those surprising behind-the-scenes beauty secrets ahead — and the fruit is, indeed, blessed.