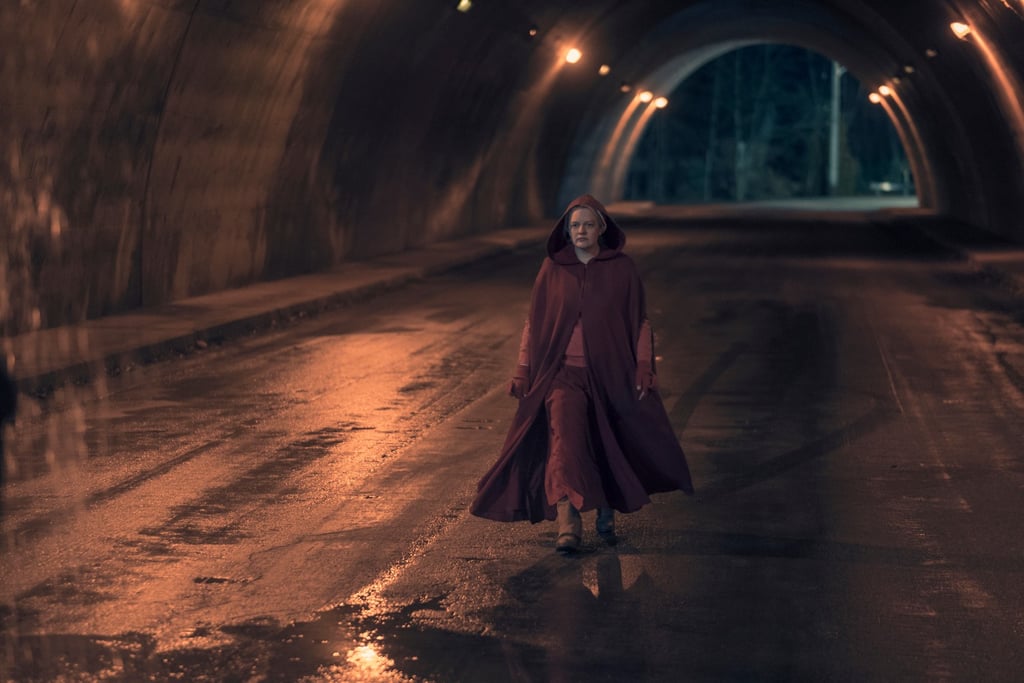 The Handmaid's Tale Finale Left Us With a Lot of Questions, Namely: June, Girl, Why?

Warning: obviously a bunch of spoilers for the season two finale of The Handmaid's Tale ahead.

The second season of The Handmaid's Tale ends a lot like how it starts: June attempts an escape as the Waterfords continue to crumble. Of course, a whole mess of things happen in between. Though the Hulu show's defiant protagonist gets so very close to making it out of Gilead in the season finale, she ultimately chooses to stay behind for the sake of her first daughter, Hannah. June leaves newborn Nichole, formerly named Holly, behind with Emily, who is on her way to miraculously getting out after stabbing Aunt Lydia. Whew! Deep breaths.

June's decision was largely understood by fans, who have witnessed her undying love for Hannah over the course of two seasons, but that doesn't make it any less frustrating. Before fully facing the reality of what will likely be close to another year before the third season, process the recent finale with some spot-on and hysterical reactions from fans.

by Chandler Plante 8 minutes ago