Officer Darren Derby heard about a grown man calling an 8-year-old boy "Mary" because of his pink hair. He stepped in to help, and somehow Kelly Osbourne got involved. #BraveJacob http://wnyt.com/news/kelly-osbournes-hair-raising-video-for-a-pittsfield-boy/4539766/?cat=10114

Last October, an 8-year-old boy named Jacob Shelsey from Lanesborough, MA, dyed his hair pink for Breast Cancer Awareness Month. Jacob explains, "I like doing it for breast cancer awareness, and it's my favorite color." He recently wanted to do it again, so his older sister, Courtney, drove him to the salon. Jacob came out looking fly as hell. Unfortunately, later that day someone tried to rain on Jacob's rainbow-hair parade. Now, Jacob's town is rallying around him in the most glam way possible.

It all started right after Jacob's appointment. His older sister needed to stop at an auto-body shop. While Jacob waited patiently in the garage, a worker came up to him and ruffled his hair without asking. If that wasn't invasive enough, he then told Jacob that pink hair was "for girls." As Courtney excused herself and her brother, the man began to refer to Jacob as "Mary."

Later, Courtney tried to talk to Jacob about it. "He told me that it was OK because people say that stuff all the time. That broke my heart," she said, and she decided to post the story to Facebook. A local police officer named Darren Derby saw it and wanted to help. He reached out to a friend who has connections in the modeling industry. Derby wondered, "Who could be motivational to him, maybe give him some insight?" His friend knew Kelly Osbourne, who was quick to jump on FaceTime with Jacob and Officer Derby.

Although Jacob didn't know who Kelly Osbourne was, she served him with some serious beauty wisdom. "Even though everyone doesn't like [my hair], I like it, so it doesn't matter," she said of her partially shaved head.

According to Courtney, the conversation lifted Jacob's spirits. Now, can we get a complete color breakdown of his look? 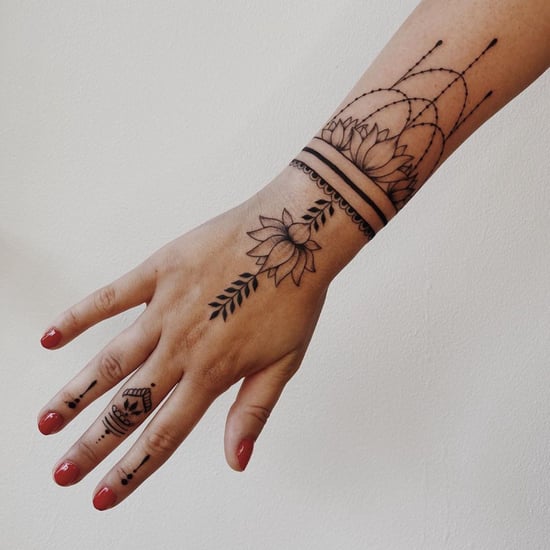 Hair
How to Ease Irritation From Synthetic Hair, From Your Scalp to Your Skin
by Natasha Marsh 1 day ago