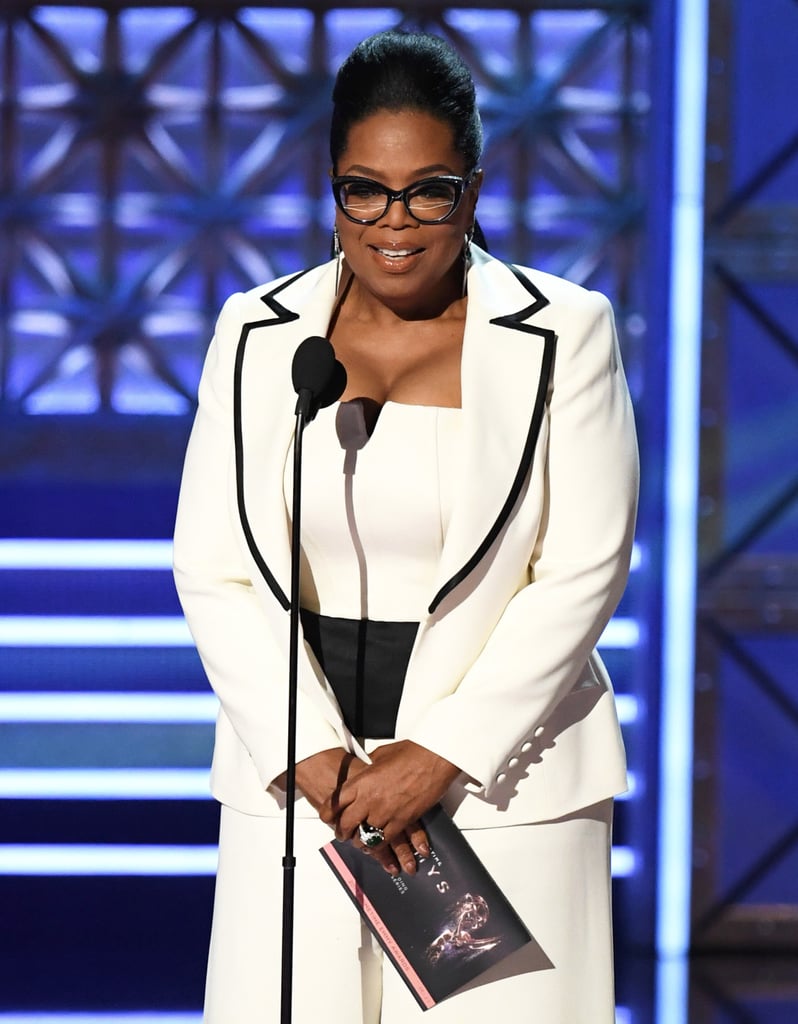 We're positively screaming over the fact that television legend and beauty inspiration Oprah Winfrey won the Cecil B. DeMille Lifetime Achievement Award at the 2018 Golden Globe Awards. Often referred to as "The Most Influential Woman in the World," Winfrey has inarguably been a style maven since her namesake daytime talk show debuted 31 years ago.

Her signature look often involves a few go-to products (she's been rocking a bold lip like it's her job since before many of us were born), but she's also keen to switch things up. Case in point is her hair: she sometimes wears her natural curls, but she has also been seen repping a TV host blowout and straight bob with equal grace. No matter her hair or makeup, Oprah is always sure to wear a smile, which completes her gloriously inspirational red carpet looks.

Read on for 40 pictures of Oprah looking like #beautygoals. We promise it will make you happier than finding the keys to a free car under your seat.

Beauty News
First Megan Thee Stallion and Now Saweetie? Red Hair Is Definitely Having a Moment This Fall
by Victoria Messina 2 days ago