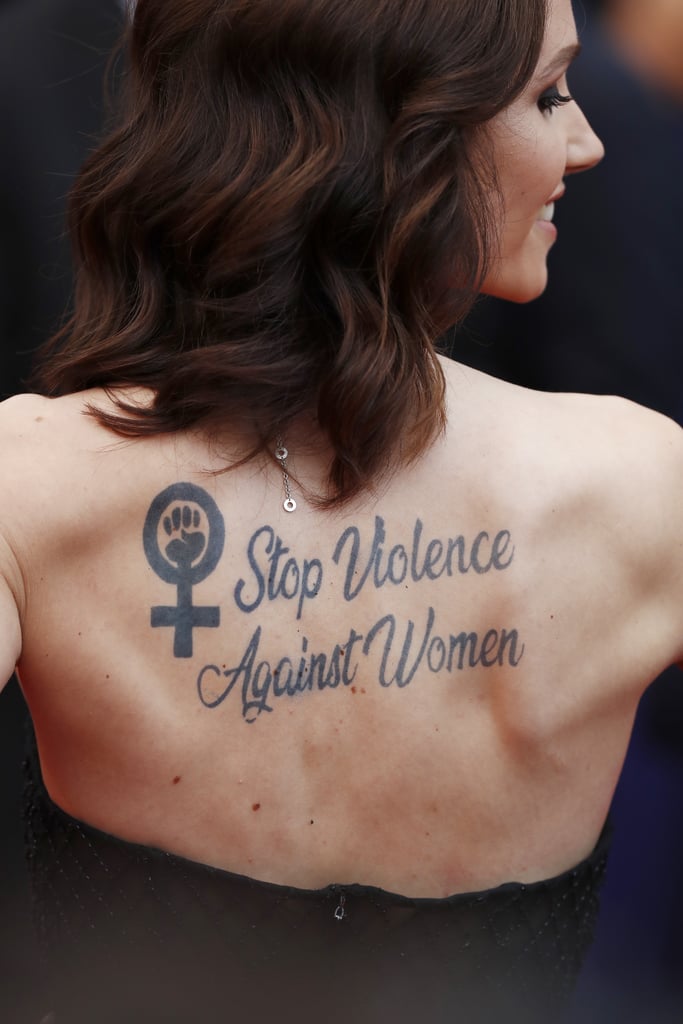 The only thing more powerful than the movies that debuted at the Cannes Film Festival was Sand Van Roy's tattoo. The Belgian-Dutch actress wore a strapless dress to a screening of A Hidden Life, allowing her temporary ink that reads "Stop Violence Against Women," and includes a female symbol and fist, to be seen.

It's likely that this tattoo was in protest of French actor Alain Delon, who was given a lifetime achievement award of Honorary Palme d'Or at the festival and who has publicly admitted to slapping women, opposing adoption by same-sex couples, and supporting far-right politicians. Van Roy wasn't the only person upset by Delon's honoring. Advocacy group Women and Hollywood condemned the choice, and more than 26,000 people signed a separate online petition against it.

Van Roy is unfortunately not a stranger to the violence she references in her tattoo. In 2018, the actress sued filmmaker Luc Besson for rape, but the charges were dropped due to insufficient evidence. The tattoo serves as an important reminder that the #MeToo movement is far from over. Van Roy bravely used her position as someone in the public eye to call attention to abuse in the film industry, reviving the discussion around the movement.

See the tattoo, ahead.