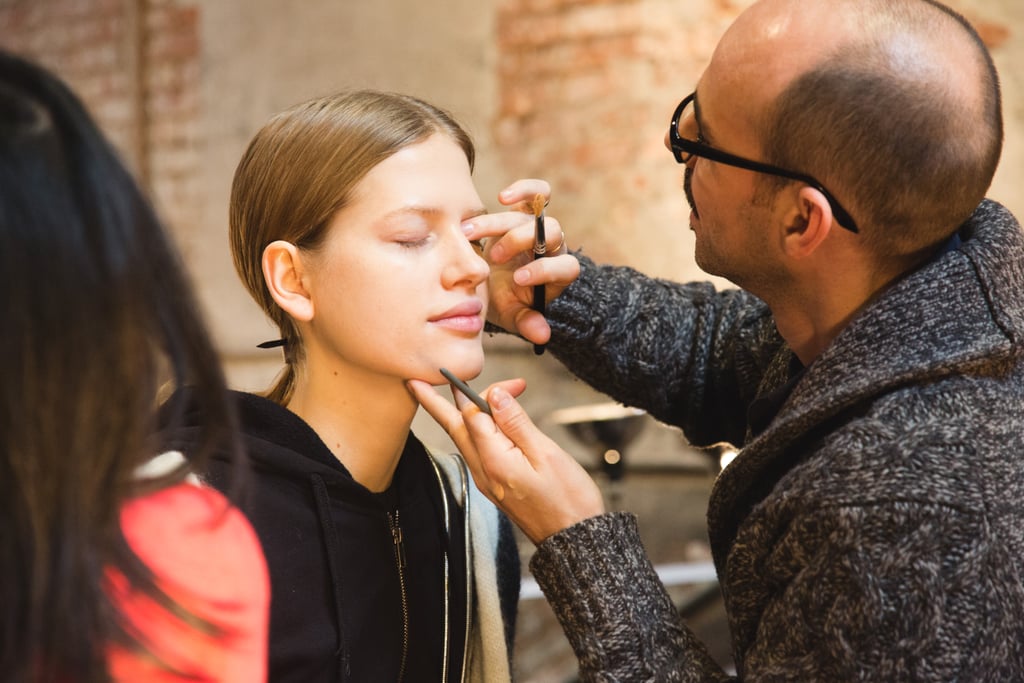 15 Things You Never Knew About Backstage at Fashion Week

Fashion Week is rarely a mystery these days. Back in the '90s, reporters and buyers attended VIP events with a pad and pen, ready to take vigorous notes on what they saw. Photos weren't released until glossy magazines printed them three months later.

In 2016 the Fashion Week scene looks like this: Outside of the tents, street style stars parade around in front of flocks of photographers. Four hours before the catwalk, beauty editors arrive to get a first peek at the hair, makeup, and nail looks — which are teased on social media. Once the lights are lowered at the actual runways shows, phones and tablets are whipped out while guests share the looks in real time via Periscope, Snapchat, Instagram, and Twitter. Privacy is a thing of the past.

Though you can easily follow along via #NYFW, nothing replaces actually being there and experiencing the high-energy sartorial event. Since there is so much you can't see about backstage beauty via our smartphones, we decided to share what it's really like to be a beauty reporter during Fashion Week. You just might be surprised by what you discover!

Street Style
The Top 8 Street Style Trends of the Season, as Seen on Fashion Editors
by Mekita Rivas 2 days ago