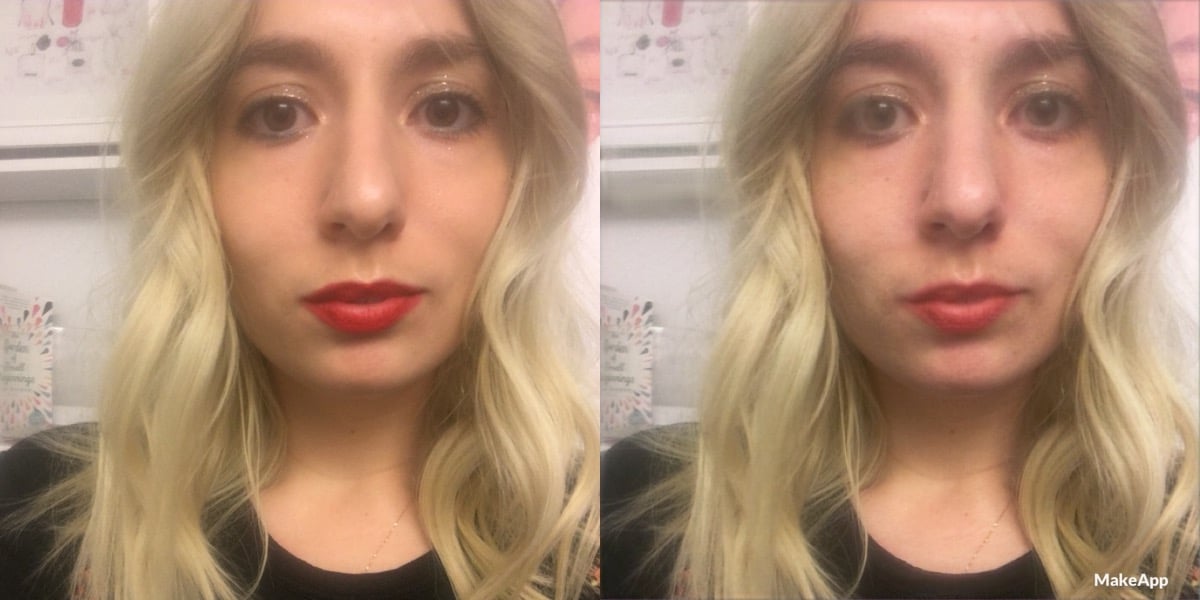 In the wake of an endless stream of disturbing sexual harassment and assault allegations against powerful men, we must all dig deep inside ourselves to come to terms with the appalling state of gender relations today. Well, friends, one app is doing the total opposite of that — by using AI to let men see what women look like without makeup.

There are a few questionable things about MakeApp. As Business Insider notes, the same kind of AI has been used for racist and problematic "ethnicity features" that were used on (and quickly removed from) FaceApp. Then there's just the whole damn point of MakeApp: anyone who pays a dollar to look at a woman (or man, although MakeApp leaves that demographic out of its branding) without her makeup on is just a f*cking creep.

If any dude wants to know "the real me," why don't they, I don't know, have an actual conversation with me IRL rather than stalk my naked face alone, illuminated only by the glare of a phone screen?

I suppose the argument could be made that MakeApp shows "the real me," which would be a slightly ignorant term to describe my unretouched, powdered, or glossed-over self. But — and I cannot believe I'm typing this right now — the value of a person has nothing to do with what they look like. If any dude wants to know "the real me," why don't they, I don't know, have an actual conversation with me IRL rather than stalk my naked face alone, illuminated only by the glare of a phone screen?

What's worse, now such trolls are complaining because MakeApp isn't freaky enough. As one Pixy vs mobius01 wrote in a comment on the App store, "This app is just for removing the color [i.e. lipstick or eye shadow], in other words, the reality [of a woman's face] is worse than that . . . Shading and other features on the face are still there." Oh, heaven forbid a sexist app might not work well enough! 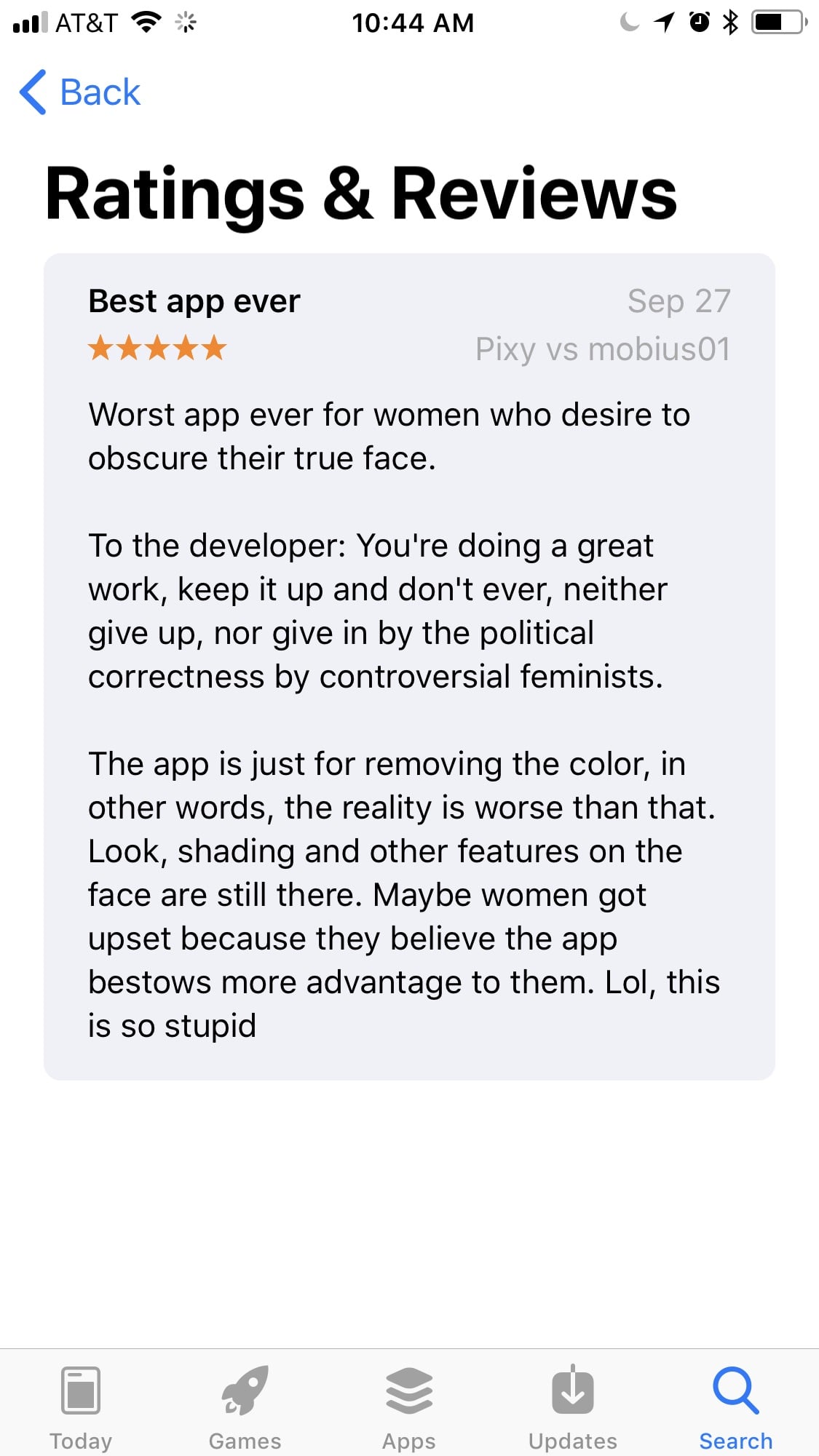 When asked to comment on the controversy surronding MakeApp, Gabrelyanov stood by his creation, telling Business Insider that it was designed to be used for a humanitarian purpose. According to Gabrelyanov, MakeApp can identify human trafficking victims. As he wrote, "In most of these cases, makeup is heavily used to disguise the age and/or identity of these people. If human traffickers can hide these victim's identities, their chances of rescue are low."

Now, that would be wonderful, except his technology straight-up doesn't work. In my own MakeApp photo (above), the "real" photo still includes quite a bit of glitter eye shadow, and red lip pigmentation I don't naturally have (what I wouldn't give for such a look, though!).

POPSUGAR editorial assistant Sarah Siegel was also so kind enough to play around with the app for me, and we noticed that it completely erased her eyebrows, gave her a receding hairline, and added dark spots that just aren't there. 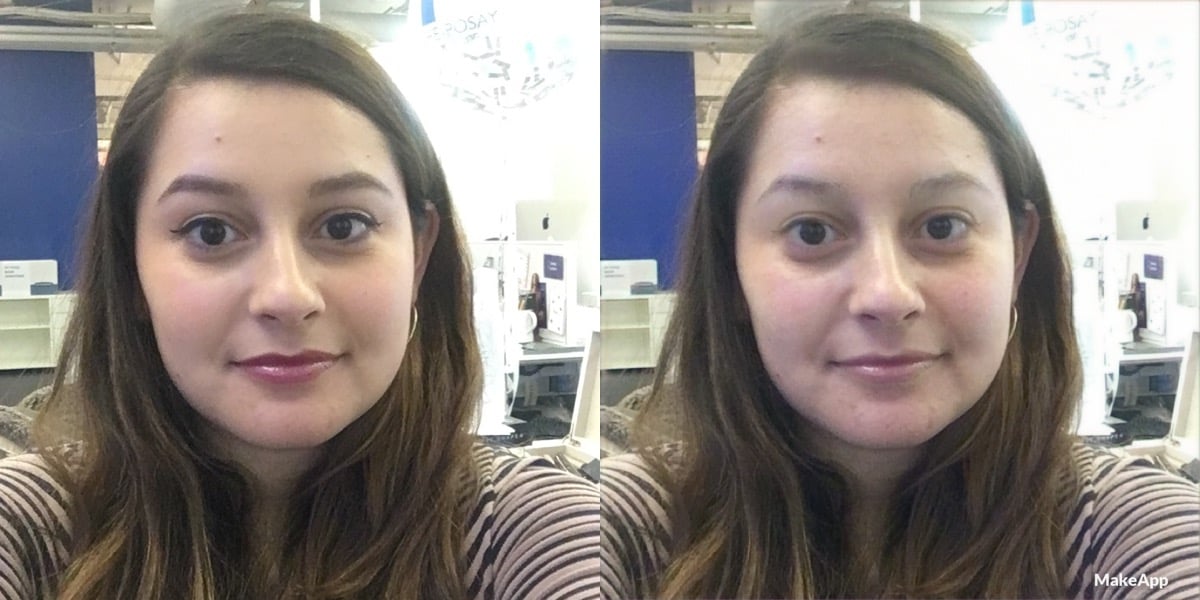 To prove how faulty the technology is, I've added a (quite fierce) real no-makeup selfie of Sarah, below. 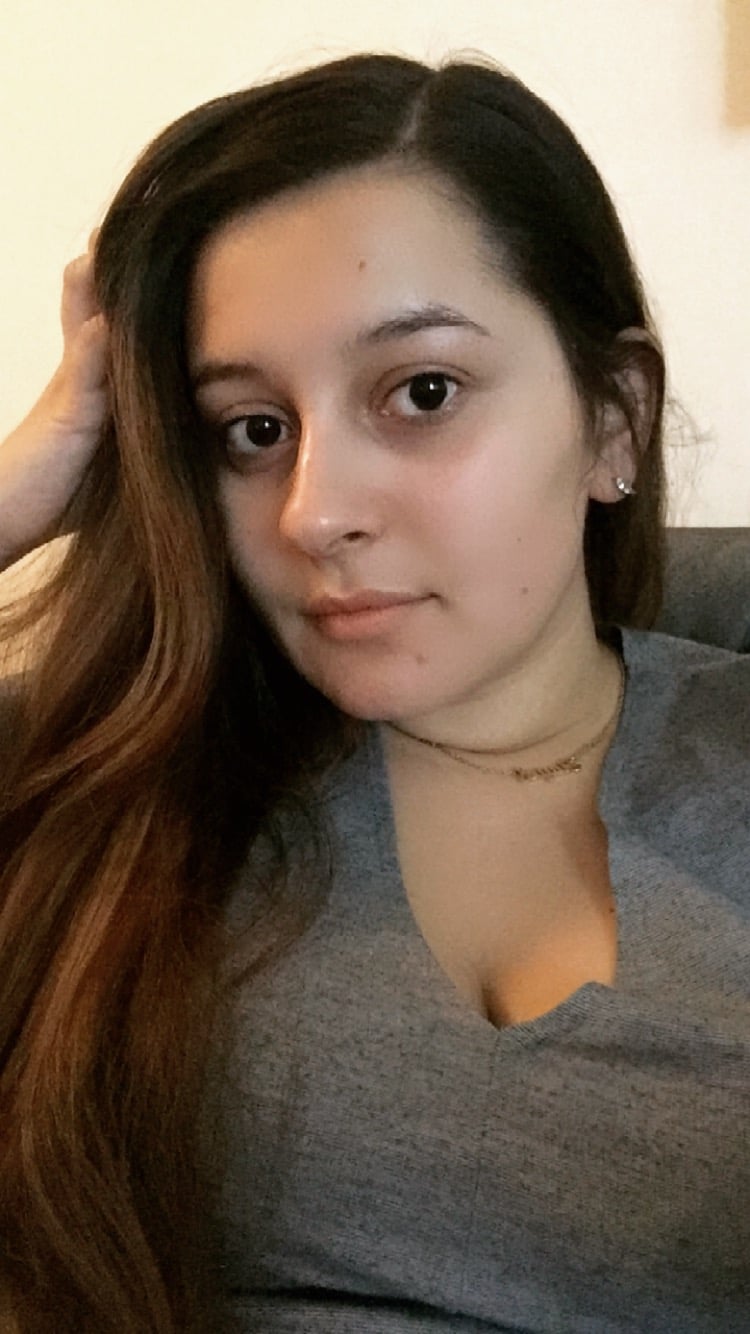 I'm a human who wears makeup every day, and I've dealt with countless dudes telling me that I don't need to, or that they "prefer" for women to rock a bare face every day. But, as countless ladies have said before me, we don't wear makeup for anyone but our own fabulous selves. Sorry, MakeApp, but you're canceled. And now I'm going to stop typing because I have lipstick to apply.

Beauty NewsBeauty TrendsMakeupApps
Around The Web

Beauty Trends
A Case For "Pastel Plum," One of the Best Hair Colors For Darker Skin Tones
by Danielle Jackson 18 hours ago