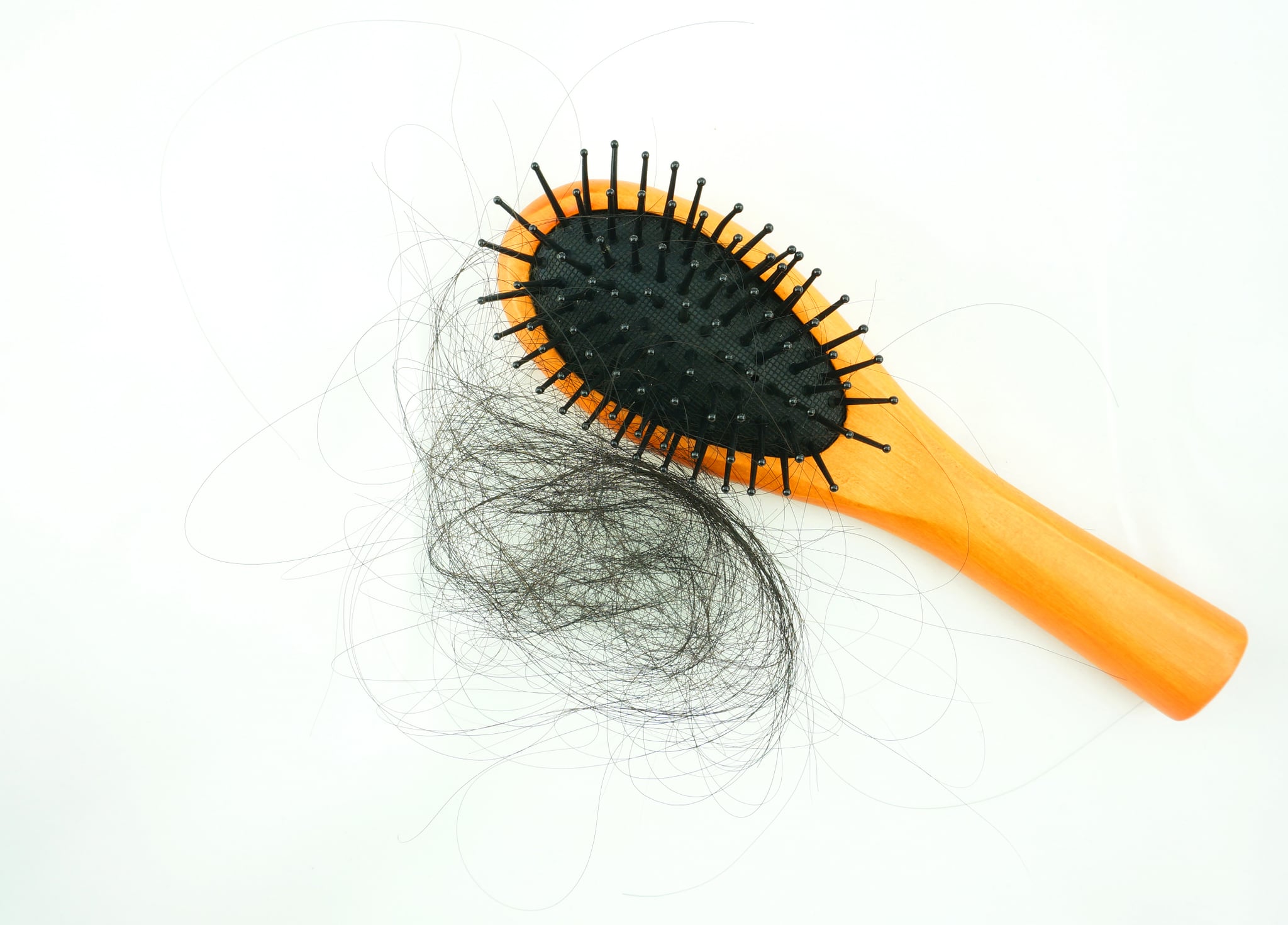 According to a survey by the International Society of Hair Restoration Surgery, one in five people are affected by hair loss in the US, but identifying what kind isn't so cut and dried. Some forms of hair loss are permanent, while others are reversible; some are a more gradual thinning of the hair, while others are more rapid. All of them, however, can be confusing.

We'll note that losing a few strands of hair in the shower or after brushing every now and again is completely normal. New York City-based dermatologist Sejal Shah, MD, previously told POPSUGAR that, on average, a person can lose 50 to 100 hairs per day, give or take. This is because the hair follicle has a natural growth cycle that includes growing, resting, and shedding phases; once the follicle reaches the resting phase, it sheds.

If you ever find yourself losing more than that, it's best to consult your doctor to ensure it's not the result of an underlying condition. And because figuring out the type of hair loss that you're dealing with can be tricky, we broke down of some of the most common forms of hair loss ahead.

Editor's Note: We're not trichologists or dermatologists, so while our goal is to equip you with the best information, you should always check with your doctor before self-diagnosing and/or starting a treatment plan.

This is the most common form of hair loss. It's a hereditary, nonscarring form of alopecia that occurs in men and women, and it can progress over the course of years or decades. In men, this form of alopecia normally starts at the top of the head and eventually leads to baldness, while in women the hair on the scalp slowly thins out over time, though baldness is rarely a result.

Traction alopecia occurs as the result of the hair follicles being damaged or pulled too much over time. Usually people who regularly wear their hair in tight hairstyles like braids and ponytails suffer from this kind of hair loss, and it frequently occurs along the hairline or near the temples.

This is an autoimmune form of hair loss that occurs when the immune system attacks the hair follicles. It occurs in patches all throughout the head.

Also known as CCCA, this is a scarring form of alopecia that is most commonly seen in Black women — though it can still be seen in women and men of all races — and can result in permanent hair loss. It can be genetic, though it also occurs in women who frequently wear their hair in tight hairstyles.

Frontal fibrosing alopecia affects the hairline and eyebrows with permanent hair loss that progresses over time. 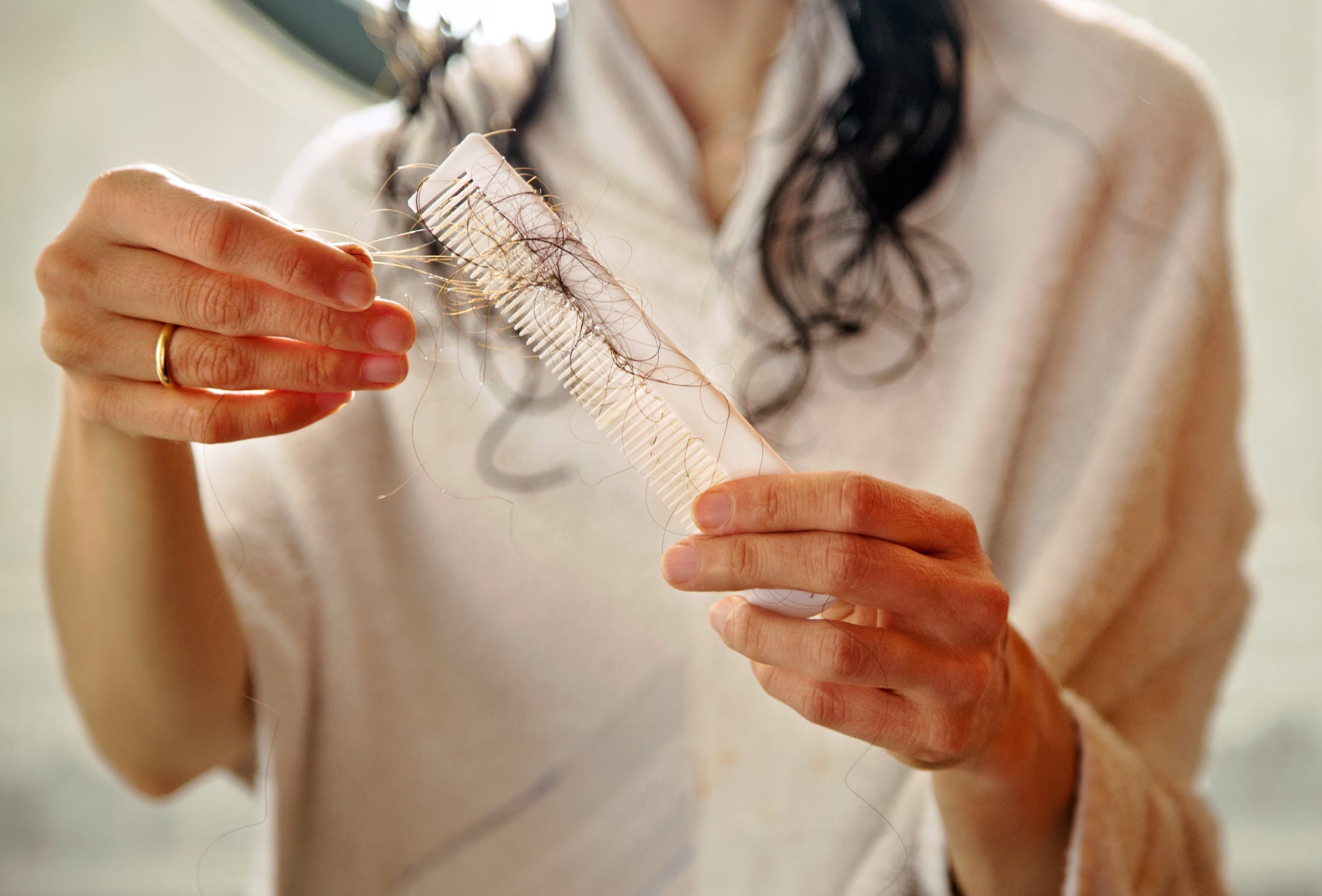 Telogen Effluvium is caused by physiologic stress to the body following conditions like anemia, low iron, surgery, general anesthesia, changes in hormones, or others. When this happens, the hair enters its resting phase but doesn't enter the growth phase. It's nonpermanent and can improve when the condition causing it does.

With this type of hair loss, hair that's in the growing phase falls out at a rapid rate, and it usually occurs during medical treatments like chemotherapy. This also isn't permanent, and the hair grows back once the treatment ends.

Other Common Forms of Hair Loss

Commonly seen in children, this is a psychological disorder that causes a person to pull out their own hair.

Folliculitis occurs when hair follicles become inflamed because of a bacterial or fungal infection. This can look like acne or small bumps around the hair follicle that can clear within a few days, though if it's not treated, it can lead to permanent hair loss.