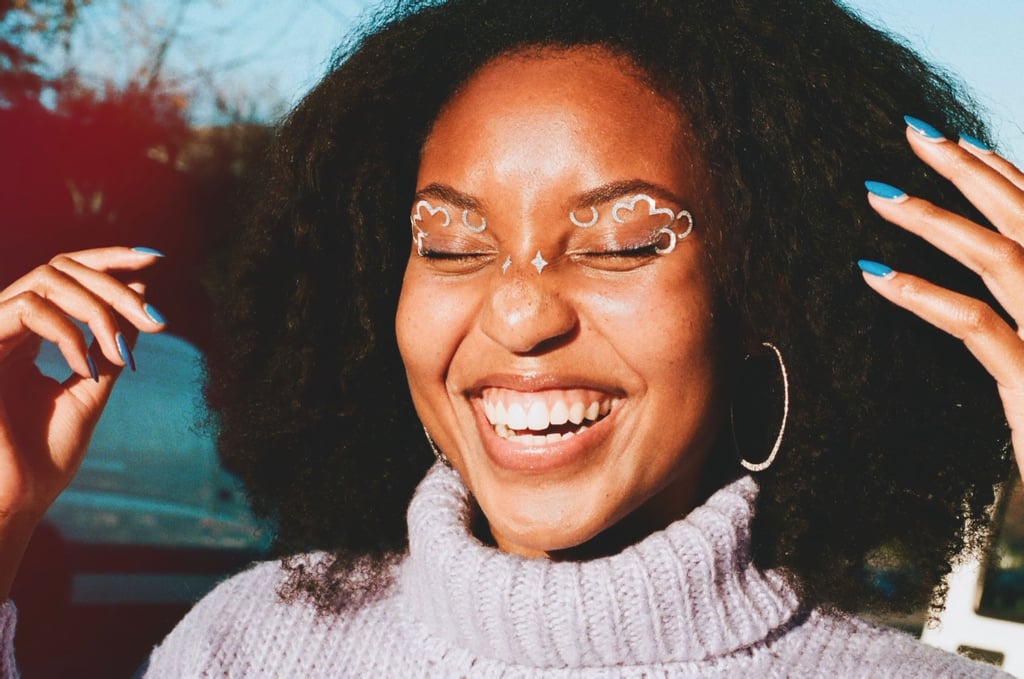 It's been nearly two years since Doniella Davy, makeup designer and department head for Euphoria, created the looks we now know and love from the HBO show's first season. Since the filming schedule for the series's second season was put on hold amid the coronavirus pandemic, Davy has had a lot of time to sit and brainstorm new covetable and avant-garde styles we're severely eager to copy. With that came the creation of her very-own makeup sticker collection inspired by one of the show's protagonists, Jules (played by Hunter Schafer). But these aren't just any stickers; these stickers were made in partnership with Phyllis Cohen, Face Lace creator. Sound familiar? It should — Cohen is behind a handful of recognizable stick-on details featured in the show (check out episode eight; those spiky stickers were dangerously cool). Now, Cohen and Davy are ready to introduce our newest obsession, one we're very much ready to play with. Meet Head in the Clouds.

Head in the Clouds is a limited-edition launch inspired by Davy's hand-drawn cloud design that first appeared in Euphoria's first season when Jules gushes to Rue (played by Zendaya) about her new online love, Tyler. Of course, that was just the beginning of that plot line and that now-beloved makeup look. Since then, many people have copied the fluffy shape (a fact Davy chocks up to the look's minimalist design), but now doing so will be a whole lot easier.

Not only does the collection utilize Cohen's unique stick-on approach, but it's also available in two new finishes: an iridescent holographic and sparkling silver glitter. You can layer it, mix and match each finish, wear it with or without makeup, you get the picture; the options seem endless and will definitely make you feel like you fit right in with the Euphoria crew (we can dream, right?). To get the full scoop on the launch, we spoke with Davy about collaborating with Cohen for the first time, teasing the new design in the most recent bridge episode about Jules, and why including Trans Lifeline was a no-brainer.