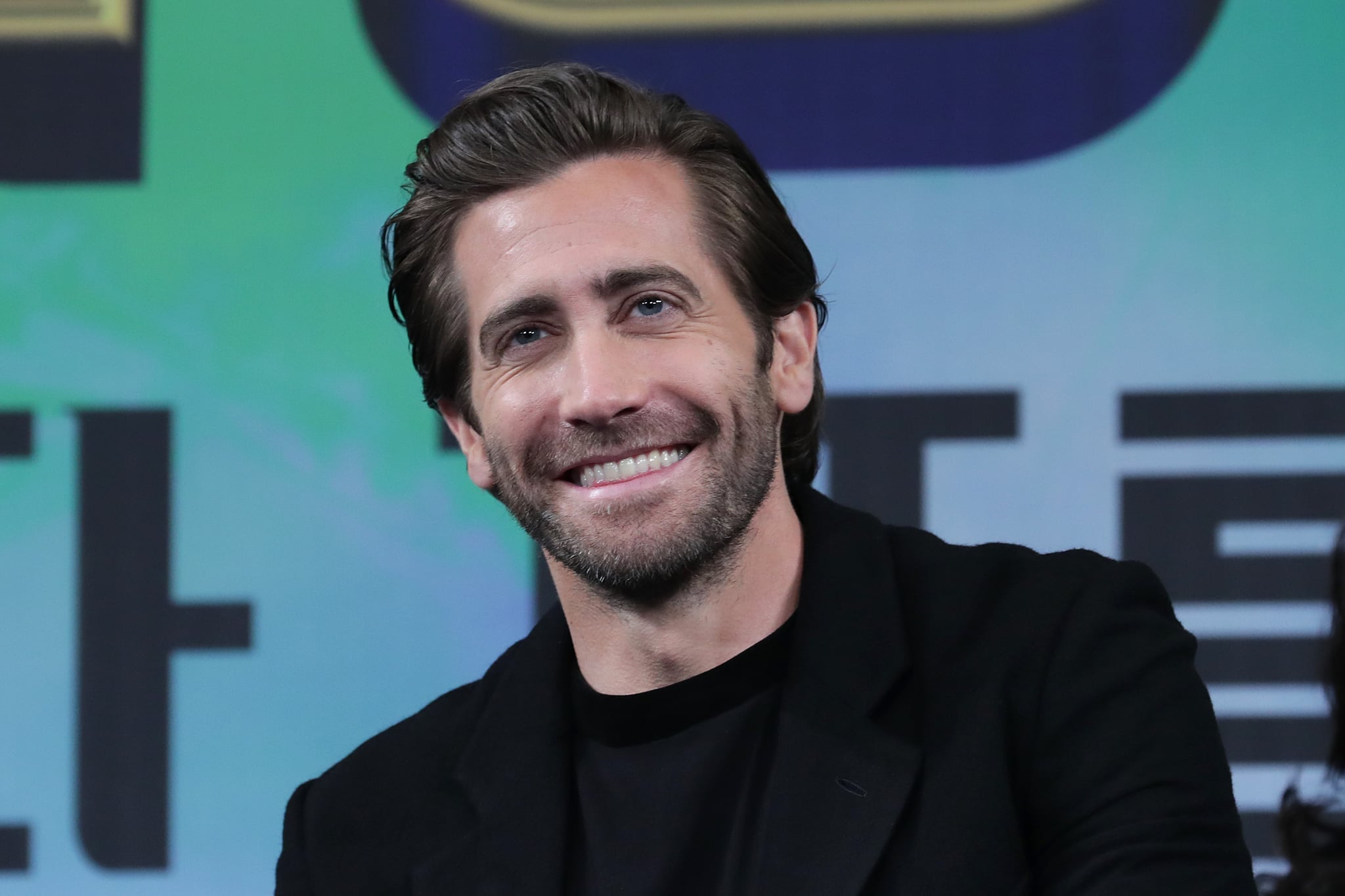 Jake Gyllenhaal is a wonderful man. This year alone, he blessed us with an adorable bromance with Tom Holland, as well as hilarious Instagram posts trolling his besties, Ryan Reynolds and Hugh Jackman. Now, he's spoken candidly about self-care, intimacy, and getting sweaty, and hello, yes, we're listening.

Speaking with Vanity Fair about his two-man Broadway show, Sea Wall/A Life, the conversation veered into personal territory. When asked whether there are particular wellness habits he adheres to, the conversation got interesting. He admitted that he learned a lot while working on a movie in South Korea. "I do believe in showering as a spiritual practice and a physical practice," he said, going on to explain that "I've found exfoliation to be a really wonderful, very manly thing, which I didn't appreciate as much before."

Before we could get too carried away with the visuals, Gyllenhaal elaborated on his skincare routine and how his older sister, Maggie Gyllenhaal, instilled the importance of skin care in him "since I was a kid." He was refreshingly candid about the topic and the deeper importance of having self-care practices. "People can definitely get me for that, but you'd be laughing your way to wherever. I think caring for yourself is really important, particularly nowadays as men. Being vulnerable and admitting those vulnerabilities is very, very important," he said.

When asked whether there are particular wellness practices he "calls bullsh*t on," he shrugged it off saying, "I think it's all bullsh*t if you want it to be bullsh*t, and it's not if you don't. I feel that way about pretty much everything as long as you're not hurting anyone." He also explained how he keeps his own wellness routine extremely simple, saying "I believe in sweat, in whatever form." And if that isn't enough to make us all a little bit hot under the collar (I know it isn't just me, don't lie to yourself), he added, "For me, my best form of self-care is intimacy; that makes me sweat. And then I believe in the balance of rest and exercise." Take from that what you will, team.