It's no coincidence that Laverne Cox has the ability to light up every room she walks into, and at Matrix Destination 2020 — a three-day hair conference — her strut on stage had no different of an effect. But behind the scenes, acquiring her superstar gait took a lot more than just practicing her runway walk — it took years of studying herself and telling that voice of self-doubt inside her head that she is enough.

"It's still one of my biggest challenges, getting out of my own way," she said, glistening in a slick purple dress, in deep conversation with Australian hairstylist and TV personality Tabatha Coffey. "And when I think about what that means every single day of my life, it starts with my thoughts, what I tell myself about myself, and slowing myself down — and being really clear about what my thoughts are." 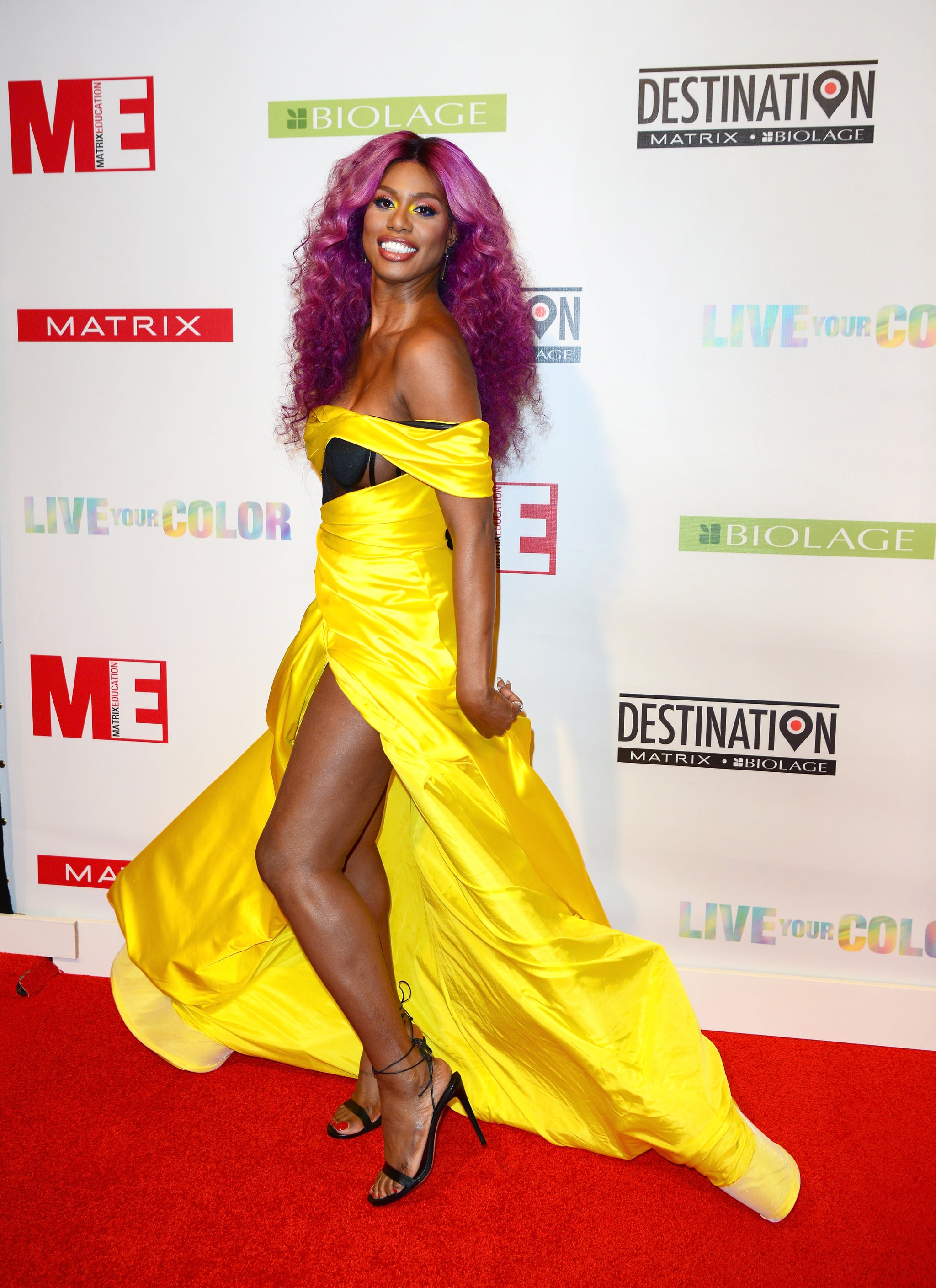 Throughout her life, Cox learned that her thoughts were so intrinsic to how she behaved in the world around her, and that being nicer to herself was vital to getting out of her own way. "We must learn to say nurturing, empowering things to that child who lives inside of each of us every day," she said.

In addition to changing the conversation with herself and a touch of somatic therapy, for Cox, self-expression and the ability to "play" with products and clothing also helped alter her perception of herself. "Fashion and beauty have always been my way of showing the world who I was," she said. "I've learned that you want to let your makeup artist and hairstylist do what they do, but the bigger the skill set, the more you can play with them. They might come with face charts and inspiration, but so do I."

It's this sense of artistry that Cox says has always been the key to her success, and most importantly, never giving up. "In 2012, I was facing eviction and a few months later I started filming Orange Is the New Black — the lesson for me and all artists is to continue doing what you love with every inch of your being and maybe things will work out." And according to Cox, a little glam and a confident strut won't hurt, too.