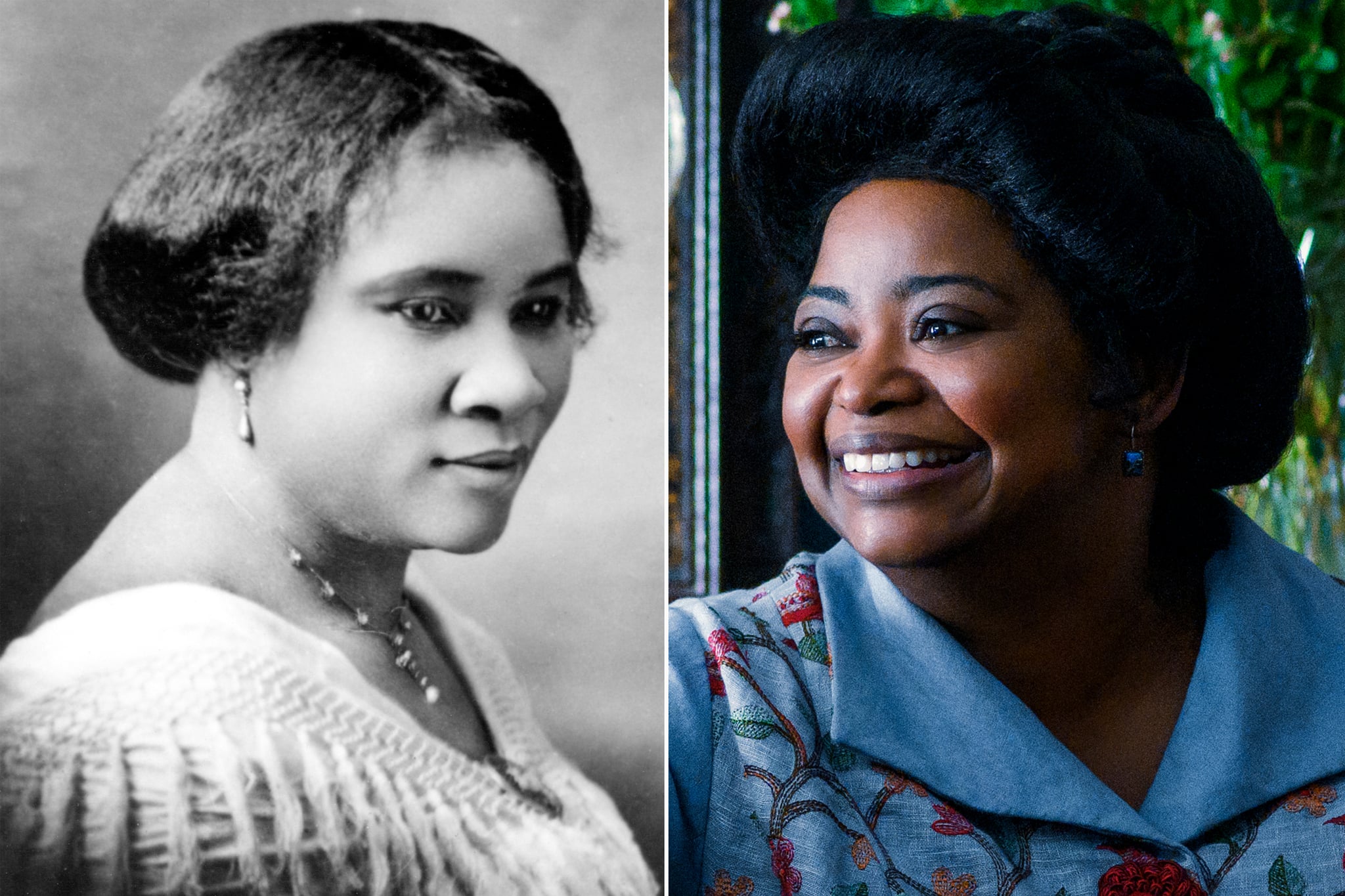 Long before the internet's beauty gurus and influencers, there was Madam C.J. Walker, the inspiring haircare pioneer who's now the subject of the Netflix limited series Self Made: Inspired by the Life of Madam C.J. Walker. Walker, played by Octavia Spencer, put cracks in the glass ceiling as the first self-made Black woman millionaire. The show brings to life her biography, On Her Own Ground, written by her great-great-granddaughter A'Lelia Bundles. It follows her difficult path from growing up the daughter of former slaves to becoming a formidable beauty entrepreneur. Walker undertook a remarkable journey — here's how it all unfolded.

The beauty pioneer was born in 1867 on a Louisiana plantation, christened Sarah Breedlove. Her parents were slaves not long before her birth — the Emancipation Proclamation had only eradicated slavery in 1863. Her father worked as a farm laborer, and her mother a laundress. At age 7, she lost both her parents and moved in with her sister and brother-in-law. Not long after, she married Moses McWilliams at age 14 to escape her brother-in-law's abuse. Fate took another turn when she became a widow six years later, left alone with her 2-year-old daughter, A'Lelia. This forced her to move yet again, this time to St. Louis with her brothers. For years, she worked as a washerwoman, earning a paltry sum of $1.50 a day. Wedding bells rang once more in 1894 when she married her second husband, John Davis, but she left him in 1903 shortly before her business took off. 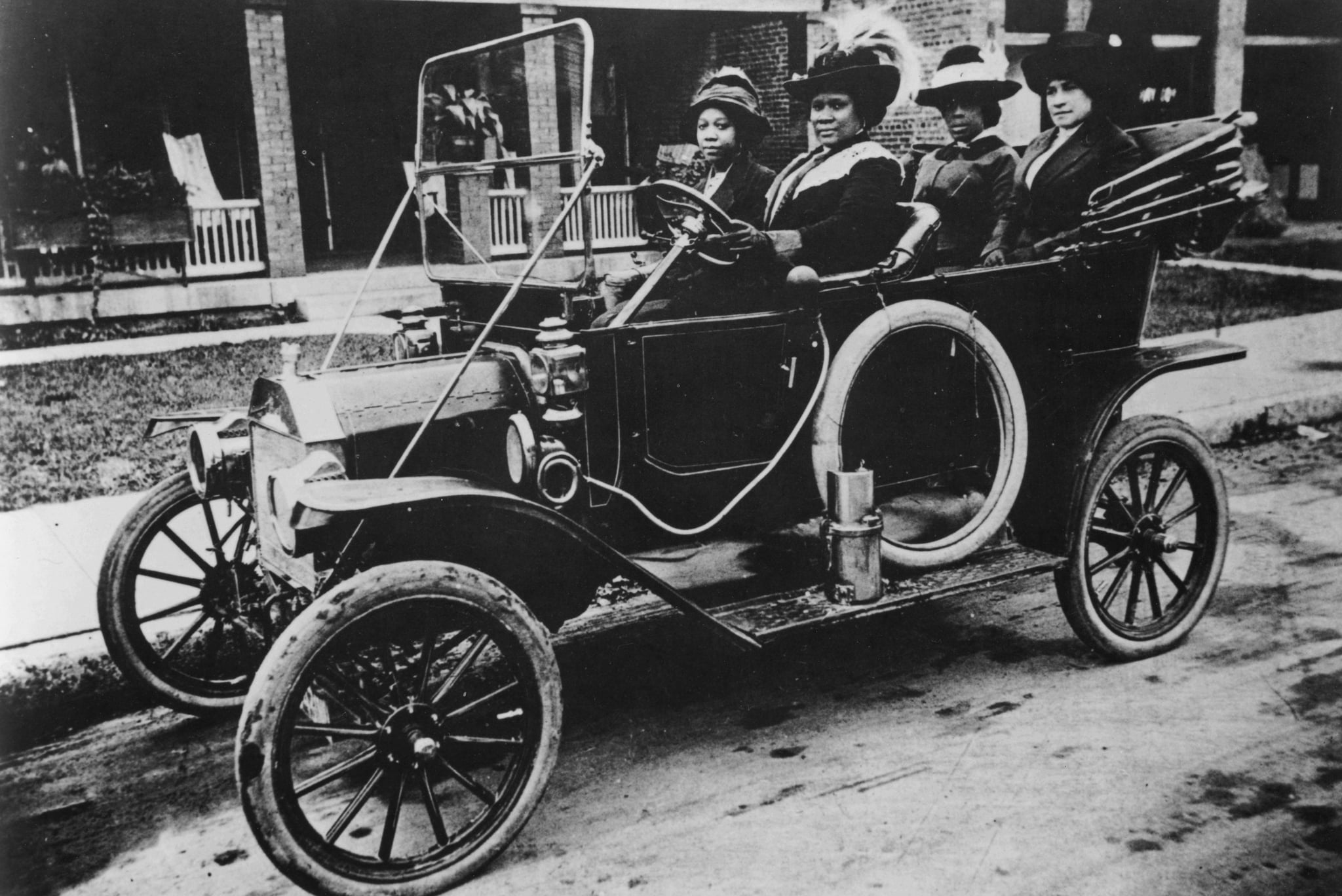 How Walker Built Her Brand

Despite her hardships, Walker possessed an entrepreneurial spirit and, like many today, a hankering for a beauty routine that worked. She briefly acted as an agent for Annie Turnbo Malone, an established Black haircare entrepreneur whom Walker had met at the 1904 World's Fair. Walker had long sought a solution for her bald spots. Malone recommended she regularly wash her hair and use a sulfur-based scalp treatment. Taking Malone's advice, Walker devised a hair grower similar to Malone's Wonderful Hair Grower. When she found the perfect mixture, she sold her hair treatment door to door in Colorado, approaching Black women as her main market.

In 1906, she married Charles Joseph Walker, an ad salesman whose name she adopted for her business alias. (They later divorced, but she kept the name.) While Walker had little formal education herself, she used her business savvy to take advantage of her resources, enlisting her college-educated daughter as one of her company executives and putting ads in Black newspapers with her husband's help. Soon, her business expanded beyond her miracle product. In Indianapolis, she established a factory, beauty school, and salon. When her business skyrocketed, she even branched out to Central America and the Caribbean. Her business employed many women, training them as hairstylists and sales representatives.

Before she passed away in 1919, Walker emerged as a vocal proponent for Black rights, working with groups such as the NAACP. Her causes included ensuring rights for Black troops and demanding that lynching and mob violence be federal crimes. She also worked hard to have Black women's voices heard. In one famous anecdote, Walker demanded to speak at the National Negro Business League in 1912, despite being rejected by Booker T. Washington. She started talking without permission anyway — while Washington kept a poker face, he invited her back the following year to speak.

There's controversy over whether or not Walker is really the first self-made American woman millionaire. At her death, her estate was worth $600,000. (That's approximately $9 million in 2018 dollars.) But considering the value of her real estate, jewelry, and other assets, she was worth over a million in 1919 dollars.

Self-Made premieres on Netflix on March 20.

NetflixUnstoppableTVTrue StoriesSelf Made: Inspired By The Life Of Madam C.J. Walker