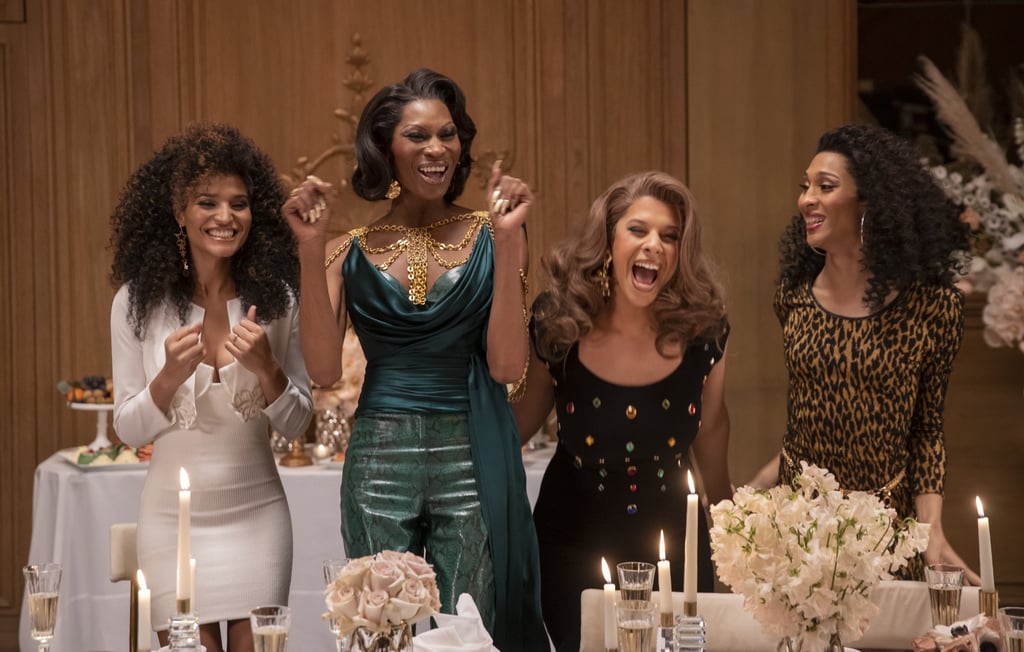 Pose may have jumped ahead to the early '90s for its third and final season on FX, but the hair and makeup featured on the show is still as extravagant as it has always been. The show's lead characters — Blanca (Mj Rodriguez), Pray Tell (Billy Porter), Damon (Ryan Jamaal Swain), Elektra (Dominique Jackson), Angel (Indya Moore), Papi (Angel B. Curiel), Ricky (Dyllón Burnside), Candy (Angelica Ross), and Lulu (Hailie Sahar) — have had their own signature looks since the beginning, and as it turns out, each one drew inspiration from icons and television shows from the late '80s and '90s.

"Elektra was all Dynasty and continued to be so throughout all of the seasons of Pose," lead makeup artist Sherri Laurence told POPSUGAR. "She was dripping in elegance and sophistication. Pop star Jodi Whatley was our main reference for Blanca, Lisa Bonet's bronzed edgy look for Angel, Cindy Lauper and traditional bright colorblocking of the '80s for Candy, and beautiful and sexy Toni Braxton looks for Lulu."

The show's depiction of ballroom culture during that time period has gained its hair and makeup team critical praise from the very moment the first episode aired, and as season three comes to a close, we spoke to the hair and makeup department heads about all the beauty secrets we're not seeing on camera. From the beauty products that ran out the most on set to the '90s magazines each team used as mood boards, we're taking you through more behind-the-scenes beauty secrets from the set of Pose.