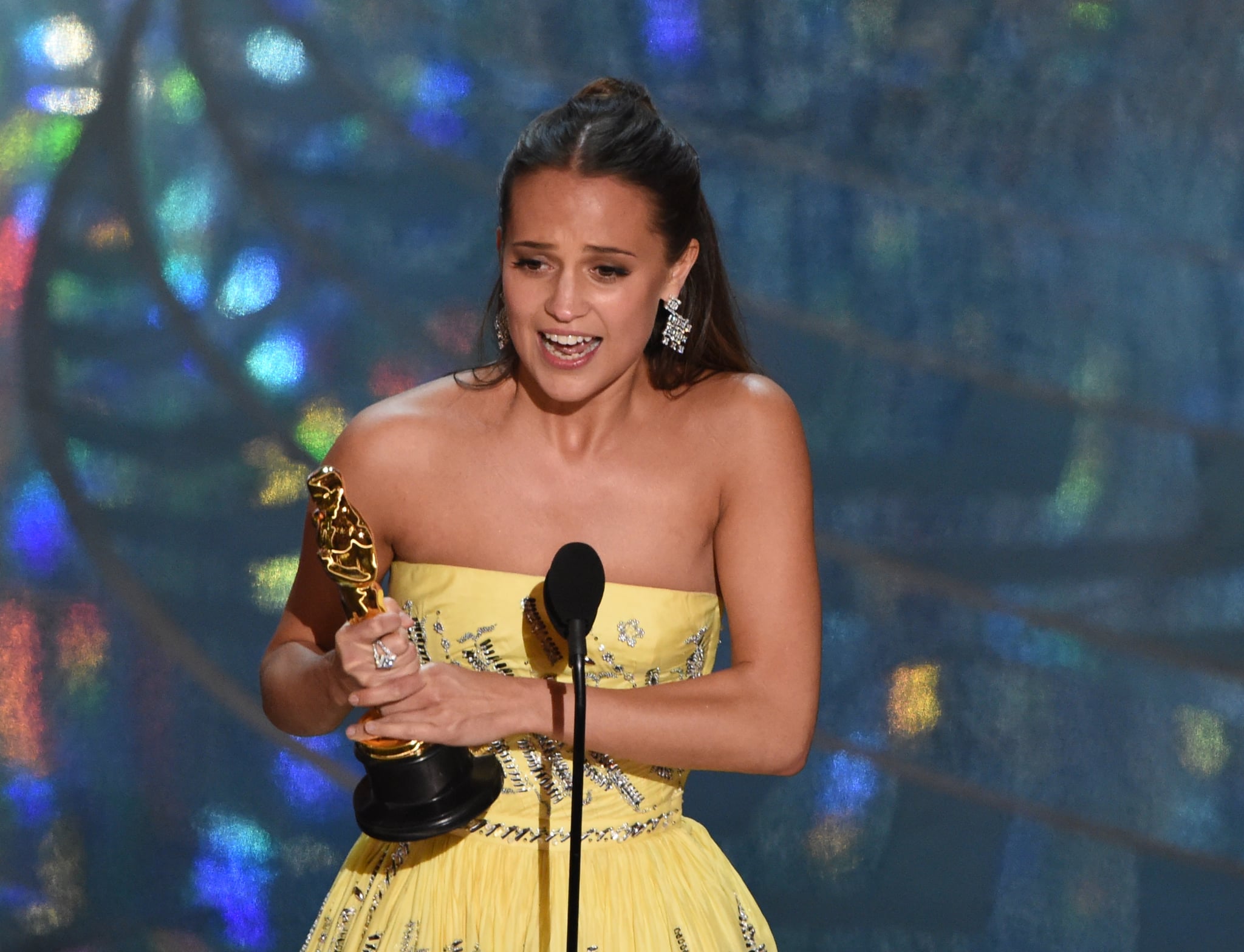 On Sunday, Alicia Vikander's role in The Danish Girl helped her snag the Oscar for best supporting actress. After she slayed it on the red carpet and gave an inspiring acceptance speech, the night took an even more heartwarming turn when Alicia stepped into the press room to answer questions. When one journalist asked if she thought her win would open the door for more LGBT stories in Hollywood, she gave a truly lovely quote about the current tide of change. Read what she said below, then check out more winners from the night.

"I definitely hope so. I came on this film only two years ago. And I know that this was not an easy film to get made and it's been almost 15 years that one of our producers, Gail [Mutrux], had worked on it. To see such a cultural change with me over the years since I actually finished the film . . . with Caitlyn Jenner coming out, and with Transparent and Tangerine. It's a social change, and I just wish that, in the same way this film's been so educational for me, and with so many people that I've gotten to meet in preparation for it, I hope that it can open up an even wider conversation with the public."