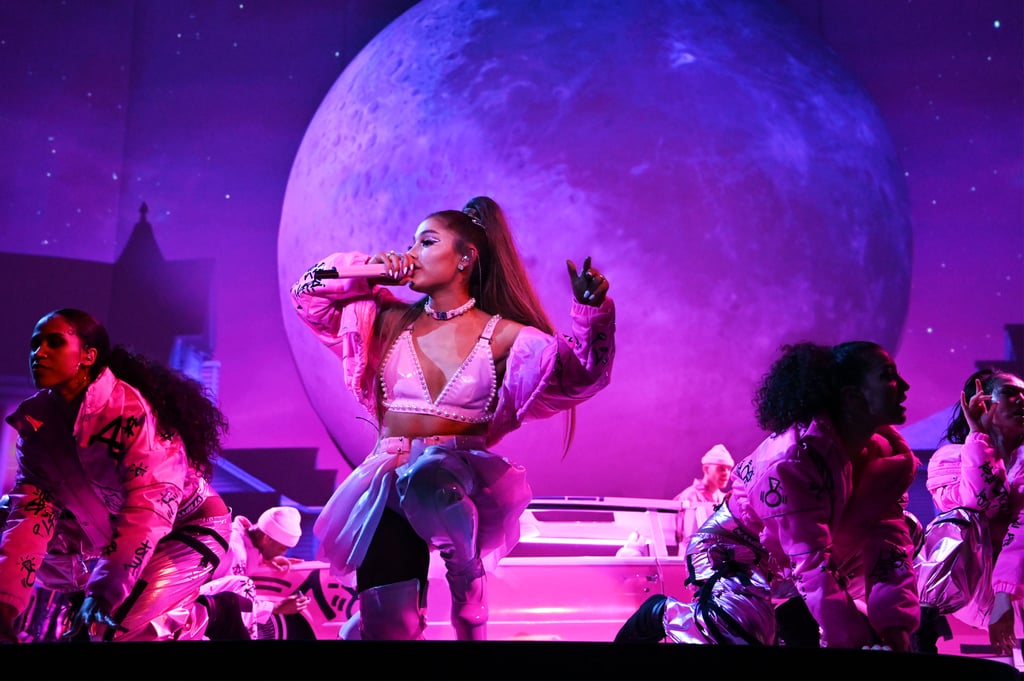 Call her the comeback kid, but following a tumultuous year, Ariana Grande officially kicked off her Sweetener world tour on March 18, and it was a triumphant spectacle. Taking place in Albany, NY, the concert featured multiple colorful costume changes, choreography, and a massive sphere with graphics changing throughout the evening. Ariana, of course, performed songs off the 2018 album the tour is named after, as well as her very recent Thank U, Next album, with several throwbacks sprinkled in.

Though mostly a joyous occasion, Ariana found a way to subtly honor her late ex-boyfriend Mac Miller, who died of an accidental overdose on Sept. 7, 2018. According to several fans who attended, the venue played Mac's music prior to the show. Though Ariana has likely written many songs about Mac, her most personal one, "Ghostin," did not appear on the set list after she previously said it would be too difficult to perform live. "I jus want to have a good time with y'all and like . . . make it thru the show," Ariana tweeted at the time.

Following the tour's opening night, Ariana took to social media to express her gratitude. She wrote, "I really dunno what to say yet. for now, thank you will suffice. a dream come true typeeaa night." Experience the concert in pictures ahead.

Related:
10 Ariana Grande Dance Videos So Good They'll Have You Bopping From Side to Side
Previous Next Start Slideshow
Ariana GrandeMusic