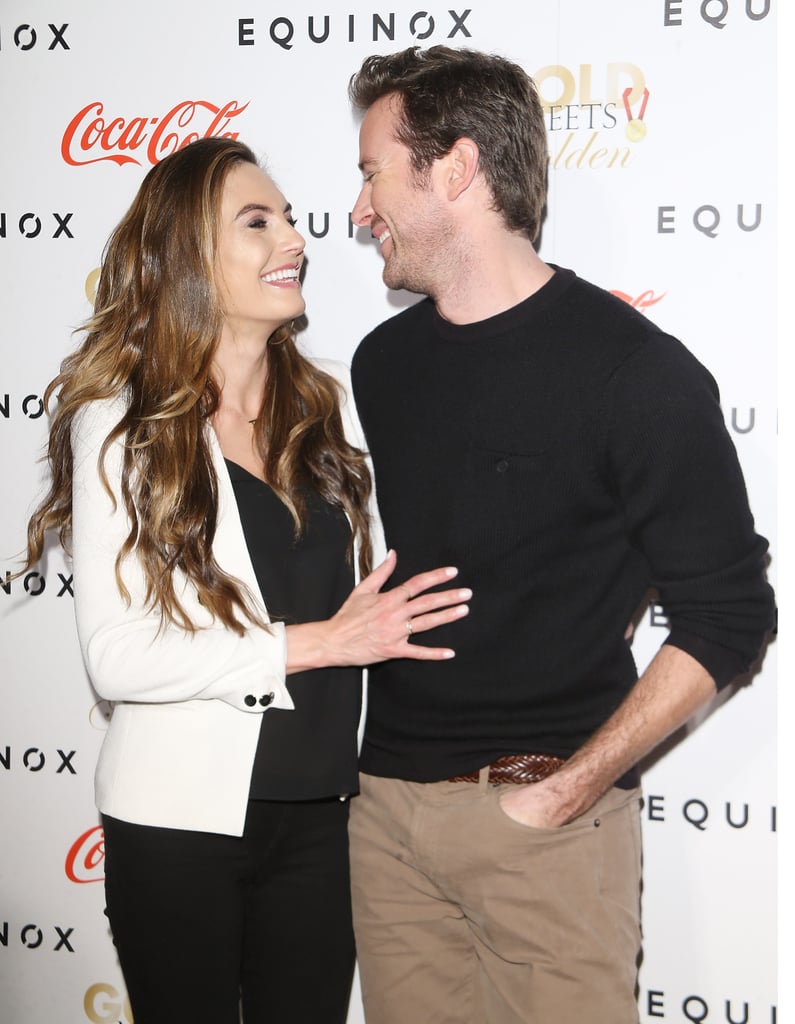 Armie Hammer has been in the spotlight for a while now, but he's recently gained critical acclaim for his portrayal of Oliver in Call Me by Your Name. While the 31-year-old is certainly easy on the eyes, he is happily taken. After meeting through his mutual friend Tyler Ramsey, the actor tied the knot with TV personality Elizabeth Chambers in May 2010. Together they have two children, a 3-year-old daughter named Harper, and a son named Ford, who they welcomed last December. Aside from giving us glimpses of their family life on social media, the two are also beaming whenever they hit the red carpet together. It's clear that these two are quite smitten with each other.

Related:
You've Seen Armie Hammer Many Times Before, But Call Me by Your Name Is His Best Work So Far
0
previous images
-6
more images
Previous Next Start Slideshow
Armie HammerCelebrity Couples
Around The Web