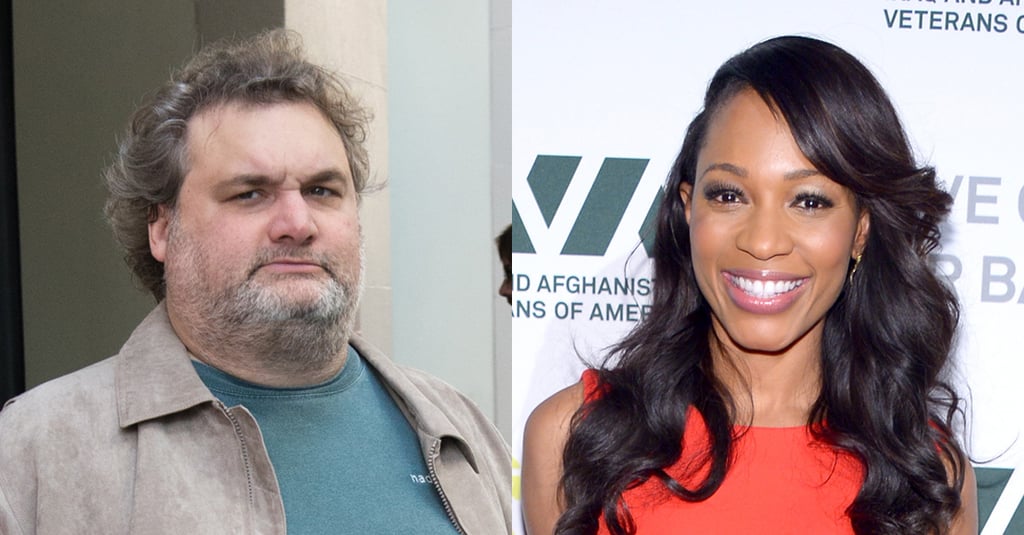 Comedian Artie Lange is in serious hot water after he made sexually explicit and racially charged comments about ESPN host Cari Champion on Twitter. Artie, who has appeared on ESPN before, made the comments on Tuesday while watching Cari moderate a discussion between Stephen A. Smith and Skip Bayless. He started out by saying that Cari is "f*cking hot" and then began talking about his sexual fantasy with Cari, which including being whipped by Cari while she plays the slave to his Thomas Jefferson. (And that's the cleaned-up version of his tweets.) Artie's tweets understandably got a lot of attention, and he soon tweeted that while he was sorry if he had offended Cari, he stood by his jokes as a comedian.

So that's a NO. But if it upset the lady in question that's another story. Let me say to @CariChampion if this hurt u in any way I'm sorry

I'm a comedian. Sometimes I'm funny! For the record my moms disgusted w the tweets. But if I based my humor on my mom I'd be broke

But who cares. I love the show & it's my living but who cares. These groups have won again. All I care about is @CariChampion Truly

But I'm sure you'll be ok. You're gorgeous & talented. I hope that didn't offend u. To the PC army. Congrats! U won again! Gluten free cake!

Artie also revealed that Comedy Central had cut his Wednesday night appearance on @Midnight. ESPN issued a statement in the wake of Artie's comments, writing:

"His comments were reprehensible and no one should be subjected to such hateful language. They objectify and demean one of our valued employees under the thin guise of 'comedy' and are offensive to all of us. We will not dignify them with any other comment."

According to TMZ, Artie has been banned from appearing on ESPN in the future. Cari, for her part, refused to comment or even address the controversy.

Later on Wednesday, Artie issued another half apology, saying that his African American friend was getting death threats from his fans.

Ok guys just talked to a black woman who's a new friend of mine. She told me some of my "fans" threatened her life today.

I've gotta take that seriously. So my apologies extend to bigger group of ppl. If that's true and it is cuz she's no liar I have to think

I have to take jokes like the ones I made more seriously. Cuz I want no part of that awful bullshit. Not what I'm about.

I'm sorry to whoever was hurt by the tweets. I will keep some jokes to myself. It's a different world. Thx guys and thx to my new friend Pia

After the apology, Artie tweeted that he had taped an appearance on the comedic podcast Race Wars, which featured appearances by several comedians, including Dave Attell, Hannibal Buress, and Saturday Night Live's Michael Che, who posted a snapshot with Artie during the taping of the podcast, writing, "Our saving grace! Live motherf*ckin' comedy."