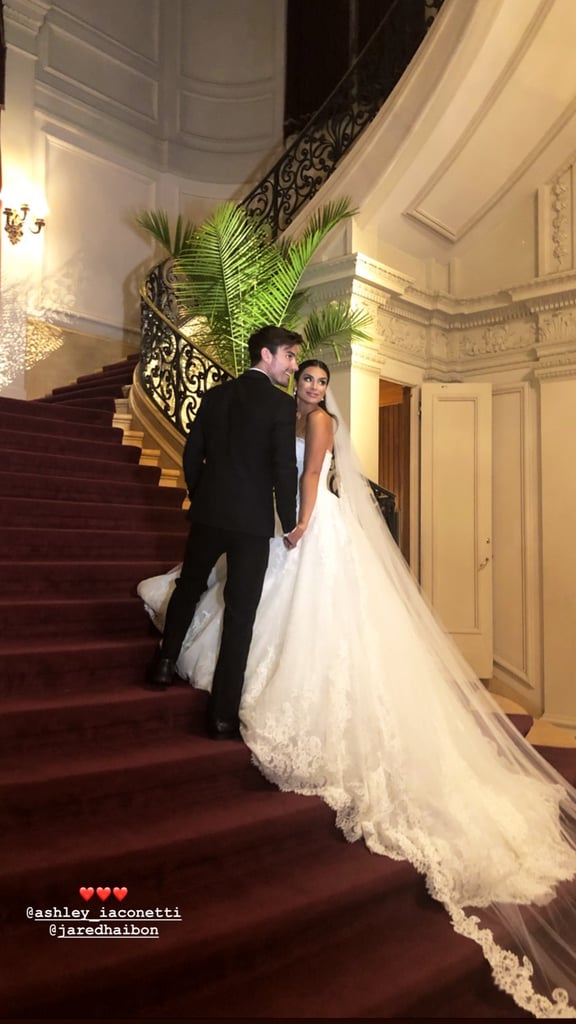 It's official — Ashley Iaconetti and Jared Haibon are married! The Bachelor in Paradise alums tied the knot in a gorgeous ceremony in Rhode Island on Sunday, and you bet Bachelor Nation was front and center. Ashley and Jared exchanged "I dos" in front of their family and friends, including Nick Viall, Kaitlyn Bristowe, Jason Tartick, Ben Higgins, Evan Bass, Carly Waddell, Becca Tilley, Olivia Caridi, JJ Lane, Dean Unglert, Chris Strandburg, Amanda Stanton, and producer Elan Gale, who officiated the ceremony. The 31-year-old star wore not one but two stunning dresses, while her 30-year-old beau looked dapper in a black tux.

The fete featured a pasta bar; personalized cocktails called "Ashley's Tears," "Jack and Rose," and "The Brady Punch"; and a special performance by American Idol alum David Cook, who sang "Ever the Same" for the couple's first dance. Overall, it was a night to remember.

Ashley and Jared first met on the set of Bachelor in Paradise in 2015, and they began dating in May 2018. Despite their rocky start during and after the show, Jared and Ashley found a way to make their relationship work and are now husband and wife. Congrats to the newlyweds!