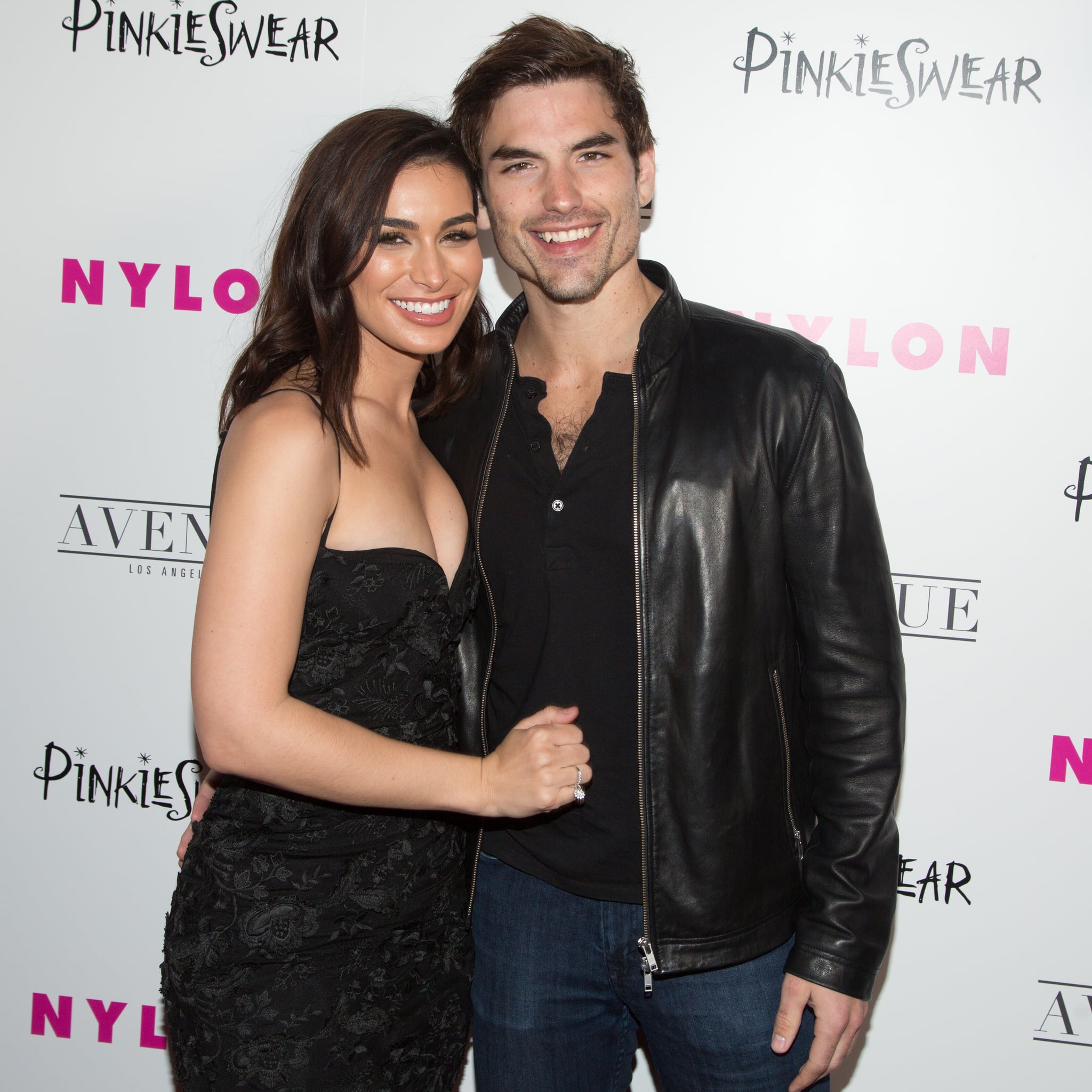 It's been a long time coming, but Ashley Iaconetti and Jared Haibon are officially dating. On Tuesday, the Bachelor alums announced their romance by sharing some adorable snaps on Instagram. "I love my boyfriend," Ashley captioned a photo of them cuddling up in front of a field of flowers. The pair wasted no time making their relationship red carpet official as they attended NYLON's Annual Young Hollywood Party in LA together. As if their sweet PDA wasn't enough to make you swoon, they followed up by sharing a 44-minute video for Ashley's web series, The Story of Us, documenting how their love story came to be.

The couple first met on the set of Bachelor in Paradise in 2015 and have had a complicated relationship since. After falling for each other during the second season of the reality series, the two developed a strong friendship. While Ashley eventually went on to date Kevin Wendt on Bachelor Winter Games, they ended up splitting three months later. And that's when Ashley and Jared's romance started back up. You know what they say: sometimes what's meant to be will be. We highly suggest carving out 40 minutes of your day and watching their emotional video ahead.