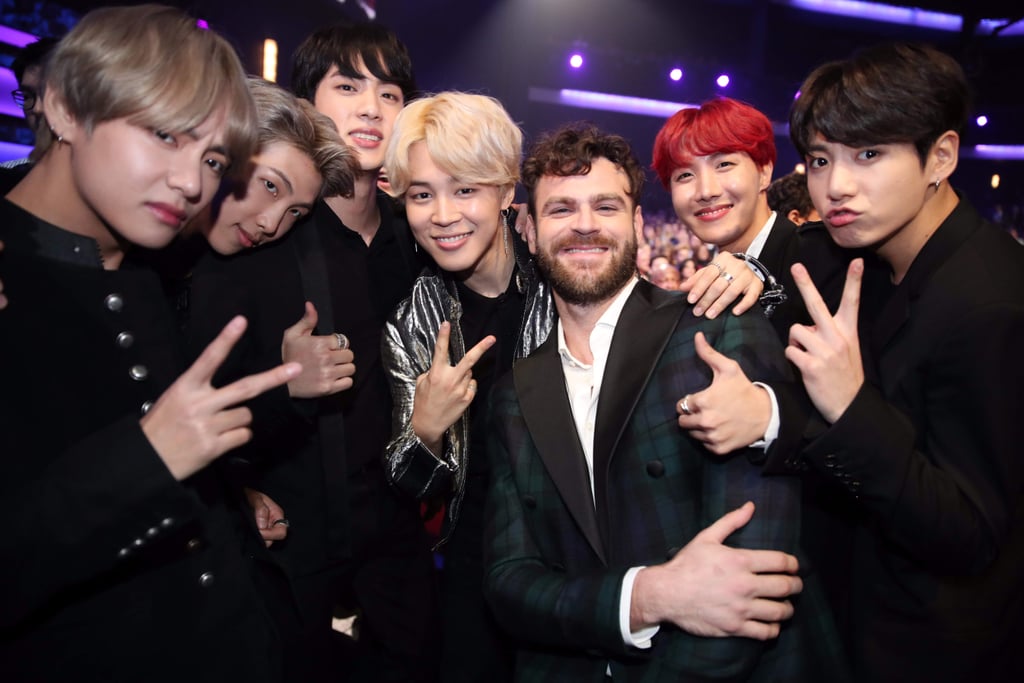 BTS Freaked Out Over Every Star at the AMAs, and It's Insanely Cute

Nobody enjoyed the American Music Awards as much as BTS. The popular boy band — consisting of Rap Monster, Jin, Suga, J-Hope, V, Jimin, and Jungkook — got put on the mainstream map after appearing at last year's AMAs. This year, they're making history as the first-ever K-pop group to perform at the award show.

While casually making history, BTS also took the time to freak out over every other star in attendance. During every performance, the seven members shimmied in their seats, enthusiastically cheering from the front row. It definitely seemed like an incredible evening for the lovable group on the rise.

Related:
K-Pop Cuties BTS Have Arrived at the AMAs and the World Isn't Ready
Previous Next Start Slideshow
American Music AwardsAward SeasonBTS
Around The Web

Tina Fey
Everything We Know About Tina Fey's Golden Globes Hosting Outfit(s), Straight From Her Stylist
by Sarah Wasilak 21 hours ago