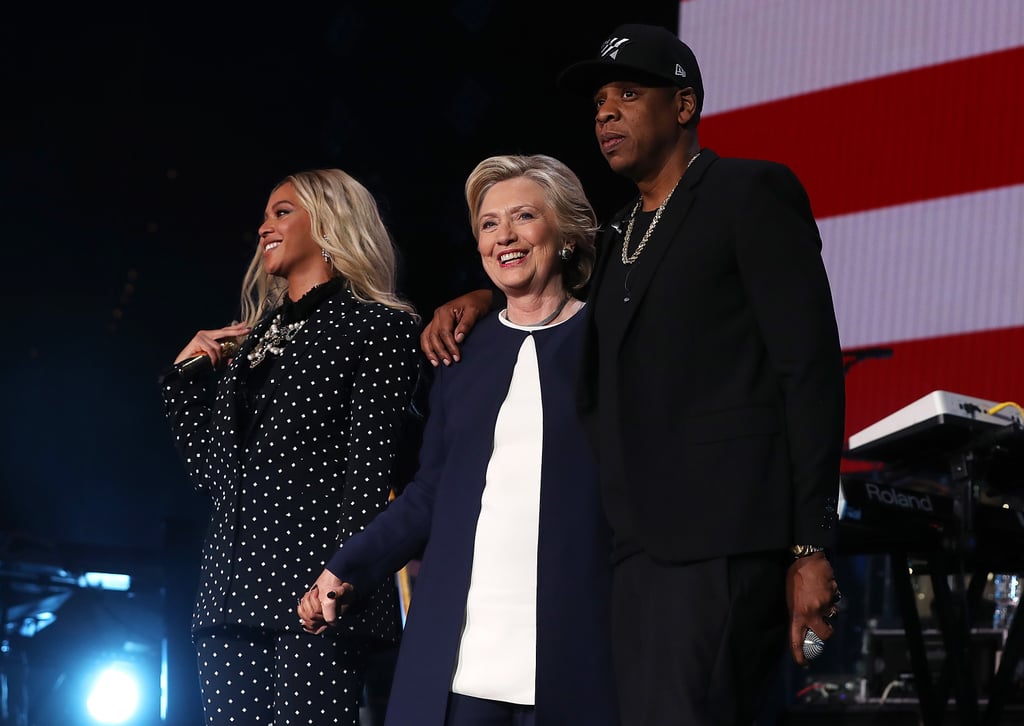 Just a week after wowing us with their Barbie and Ken Halloween costumes, Jay Z and Beyoncé hit the stage together at a campaign concert for Hillary Clinton at Cleveland State University in Ohio on Friday night. After a duet of "Holy Grail" and a performance of "Formation" from Beyoncé, the couple was joined by the presidential nominee and held hands with her amid cheers from the audience. The event, which aimed to gain voter support from millennials and African Americans in Cuyahoga County, also brought out J. Cole, Big Sean, and Chance the Rapper.

Beyoncé appropriately wore a pantsuit for the occasion, as did her backup dancers. The singer also gave a heartwarming speech about daughter Blue Ivy to the crowd, saying, "I want my daughter to grow up seeing a women lead our country and knowing that her possibilities are limitless. And that's why I am with her." Jay slammed Republican nominee Donald Trump while addressing the audience and introducing Hillary to the stage. "This other guy, I don't have any ill will . . . [but] he cannot be my president," the rapper said. "Once you divide us, you weaken us, we are stronger together."

Related:
Beyoncé Showed Up to the CMA Awards and Shut the House Down
Previous Next Start Slideshow
Beyoncé KnowlesJay ZCelebrity CouplesHillary ClintonNews