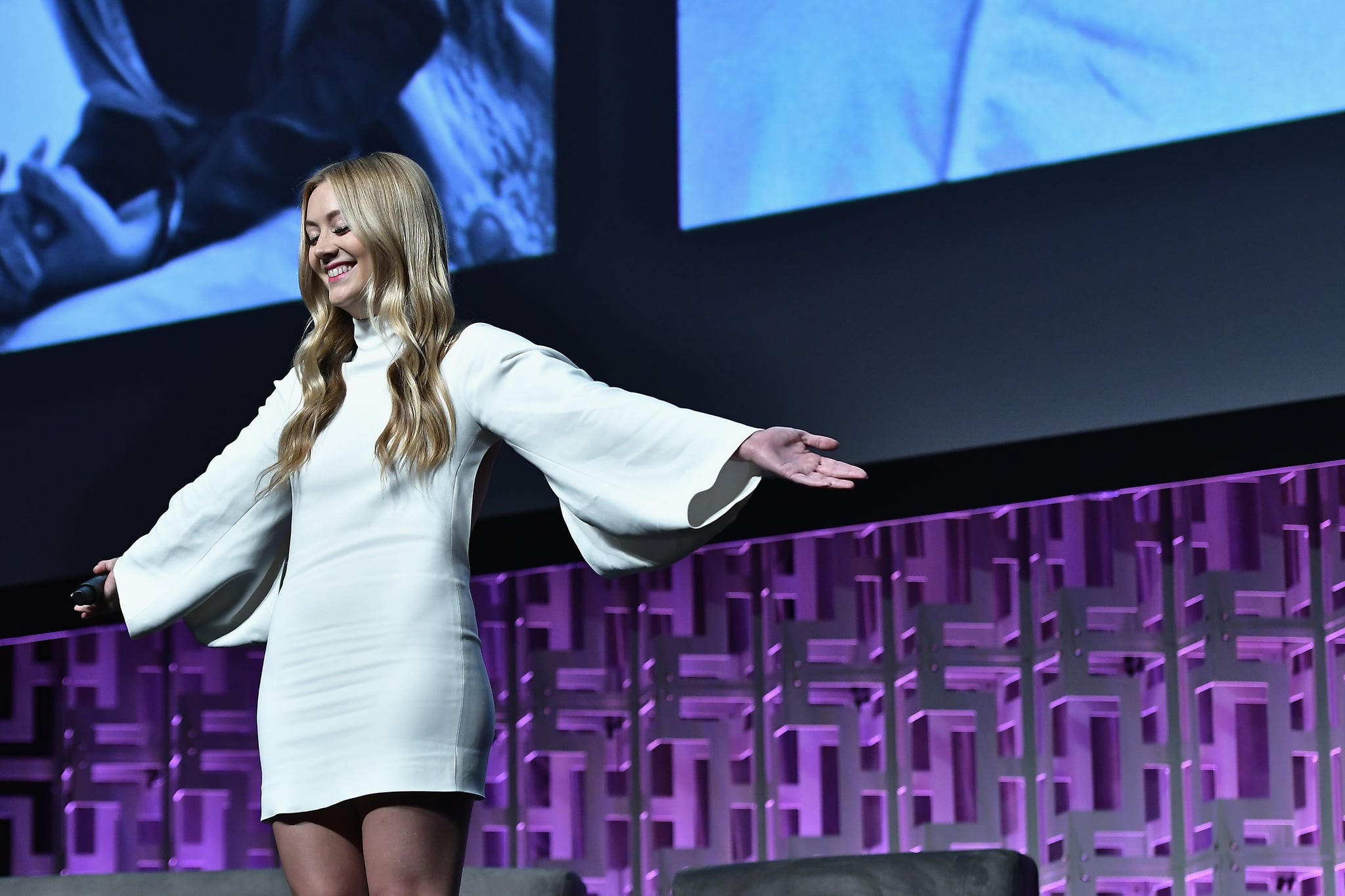 Billie Lourd paid tribute to her late mother, Carrie Fisher, at the Star Wars Celebration in Orlando, FL, on Thursday. Wearing a white dress reminiscent of Princess Leia's iconic costume, the American Horror Story actress opened up about her mother's legacy on stage. "My mom used to say she never knew where Princess Leia ended and Carrie Fisher began," she said. "She went from being an unknown actress, the daughter of Debbie Reynolds and Eddie Fisher, to Princess Leia. . . . She was imperfect in many ways, but her imperfections and willingness to speak about them are what made her more than perfect. My mom, like Leia, wasn't ever afraid to speak her mind and say things that might have made most people uncomfortable, but not me and not you. That was why she loved you, because you accepted and embraced all of her."

During her speech, the actress — who starred alongside her mom in Star Wars: The Force Awakens — also addressed the room full of fans, adding that her mother cherished them all. "She loved you. She loved these movies. And she loved this force called Leia. It's not about what you were fighting — it's how you fought it. How you resisted. In our world, Star Wars became a religion and a way of life. I wanted to be here with you because I know you feel the same way." While Carrie's iconic role inspired many Star Wars fans, it also inspired Billie. "She taught me by her own example, that the most evolved person is seemingly a contradiction — they are both the strongest and the most vulnerable person in the room. And that was her. That is Leia."

Chadwick Boseman
Kevin Boseman Is Honoring Brother Chadwick With a Special Performance: "He Was a Hero"
by Monica Sisavat 19 hours ago

Celebrity Families
Usain Bolt Is a Dad to Newborn Twins, and Yep, He Used the Name Thunder to Go With Bolt
by Alessia Santoro 21 hours ago