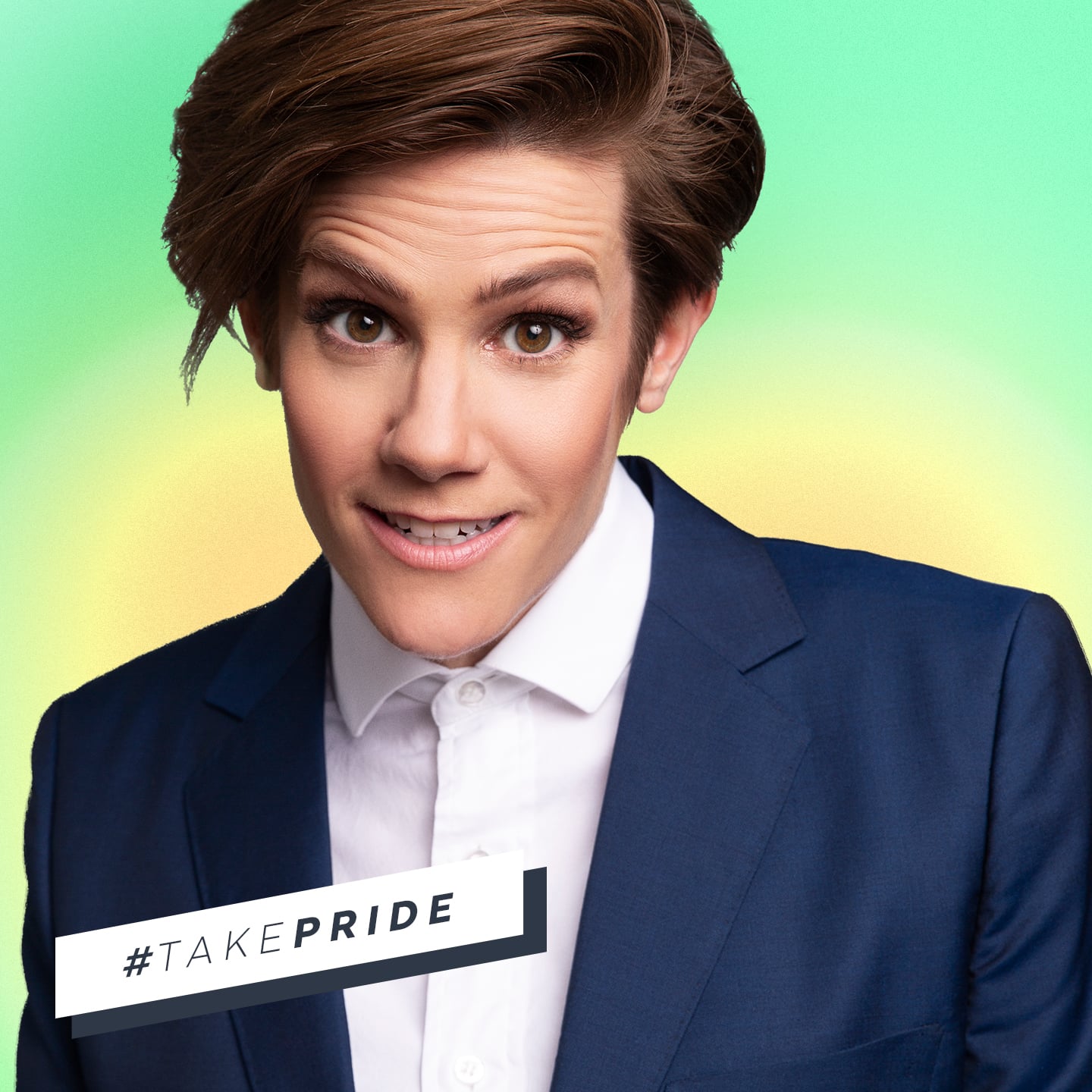 Can you name a famous, openly gay comic doing stand-up these days? OK, sure, there's Ellen DeGeneres (actually, not even her — she doesn't do stand-up anymore). How about somebody else? It's not so easy, is it? Enter Cameron Esposito, one of the hardest-working queer comics out there.

Esposito, 36, has made a name for herself for her blunt yet relatable delivery using her unique brand of humor (which often references her spouse, fellow comic Rhea Butcher). Having started in Chicago, she has since toured the country, appeared in Garry Marshall's Mother's Day, and cocreated the sitcom Take My Wife. Now, she's working on a book ("Why didn't anybody tell me that book writing is terrible?").

We spoke with Esposito about the state of comedy, queerness, and what drives her brand of humor. We also discussed the impact of the #MeToo movement on her and her work; for the last two months, she's been working her own experiences with sexual assault into her nationwide tour. "As a survivor of sexual assault, [it's] trying to talk about my own story, but also all of the things that were contributing factors that I think we need to discuss," she says. In fact, she recently announced a new comedy set called Rape Jokes, which will be released on June 11.

POPSUGAR: What has the perception of your new material been like?

Cameron Esposito: For this, it's hard to talk about. It's exhausting. It requires a lot of personal revelation and vulnerability, and then there's the part where I talk about what happened to me, and it's not funny. I don't think it should be funny. That's about two minutes. And then it's just quiet for two minutes, and I think that's right. I don't think people should be laughing for those two minutes. It's been a real challenge as a comic, to be on stage and know that people are interested and with me, but not laughing. It triggers that thing in you when you feel like you're bombing.

PS: What kind of reactions have you been getting after your shows?

CE: I've been doing it in these 50-person rooms or 100-person rooms. The biggest audience I did it in front of was Nashville, and that was 300 people. It's felt very intimate and cool. I don't know; I haven't really had an experience like this. Because the last couple of years, my audience has been more and more engaged and excited to have me in their city as they've become more familiar with me. I always have a pretty receptive audience. But this is different. People are coming up to me and telling me their stories or thanking me for my work, which does happen a lot as a queer person — because I'm so out with the community, people thank me a lot for that. But it's overwhelming because I'm just a person. I mean, I am trying to do something with my life — it's not an accident. But I don't really know how to receive genuine care from the audience. 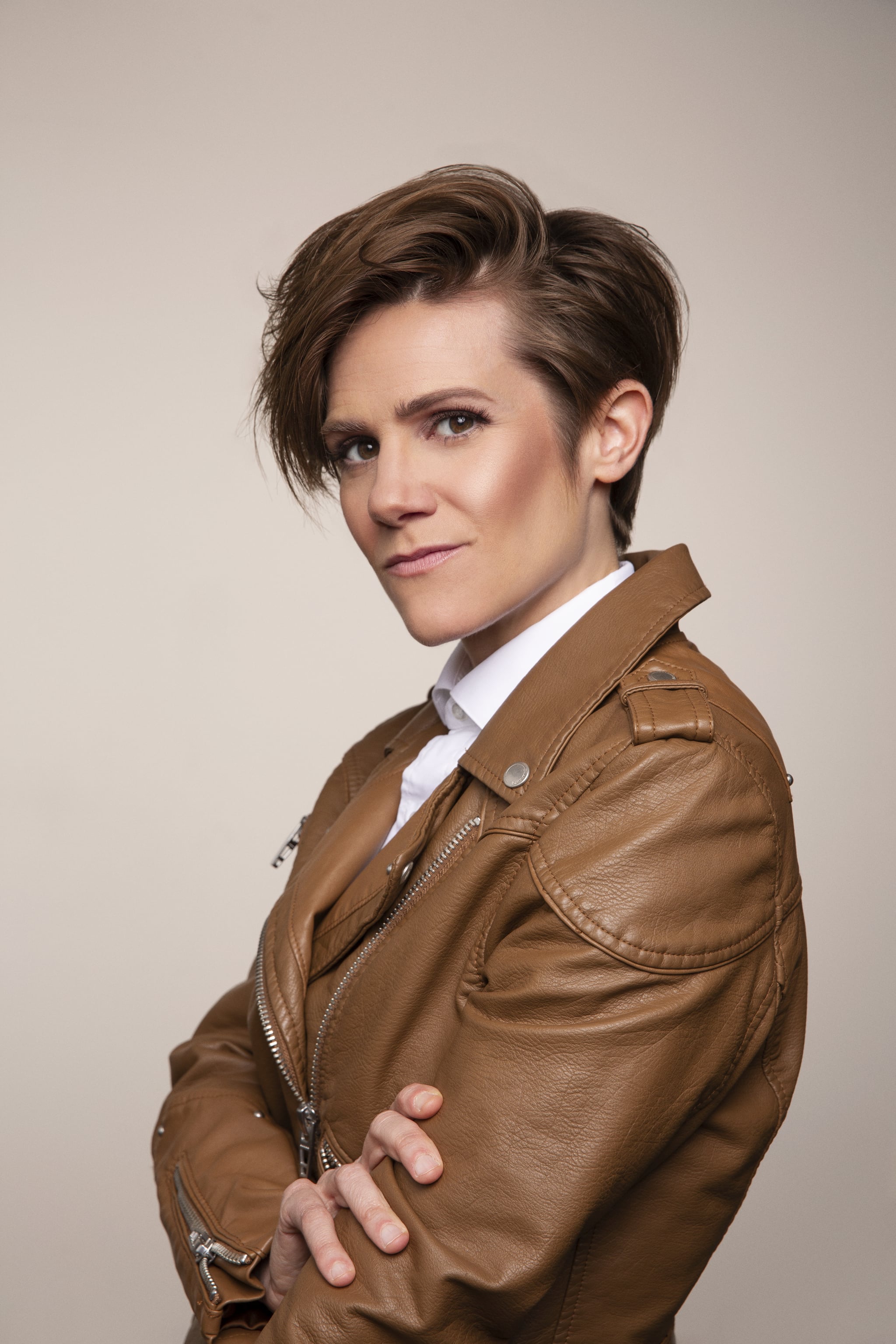 PS: Sexual assault among queer people, particularly transgender queer people, is high, but sometimes can get lost within the #MeToo movement. What do you think we can do to have or start more of a conversation about queer sexual assault?

CE: One thing that is very cool [is that] my audience is lots of different types of people. For younger folks, especially, who are usually the demographic that makes up a live comedy show anyway, the buy-in for a queer artist is very different. Like, I started in mainstream rooms, mostly for straight audiences. Of course, there are hardcore lesbian couples in my audience who are like, "We have the same life." And I'm like, "Rad." That's very cool. But there are also a lot of younger folks where it means something different. There are folks who are politically active. They're looking for a comic who has a specific point of view. And that could be a lot of different types of people. For folks younger than us — I'm 36 — the community is very different. It's queer folks, and allies, and people who identify across many spectrums in a way that was very different when I was that age. And that's rad.

"I literally couldn't come out at school because I could get kicked out for being gay."

So I really think the thing I can do is tell my story, because the contributing factors that happened to me were that I was coming out on a Catholic college campus with no support. I literally couldn't come out at school because I could get kicked out for being gay. And I was falling in love with a woman for the first time, isolated, and really steeped in shame. I had no good information about my body and sexuality, like at all, because I didn't have proper sex ed. So when I think about who needs to continue this conversation, I think it's all of us. Going forward, I think the model of behavior should be just stepping into the light. Because more information is better. I'm not a transgender person, but I think my talking about it on stage allows someone else to take the torch and tell their story, especially in comedy.

CE: It's on Starz, it's on iTunes. It's really a testament to the fans, that it has popped up all those places. So thanks to all those folks who cared about it. Sometimes, I think, as queer folks, we want more content that accurately reflects our lives, and I will say that what I really encourage people to do is either spend your social capital by talking about the show online or spend your disposable income. When you invest that way in queer content, people notice that. It's actually the fans that are in charge.

PS: How do you live your Pride every day?

CE: I'm pretty invested in presentation to the world. I'm trying every day to continue to live more "me." I'm a Midwesterner, so Los Angeles was very overwhelming when I first moved out here. But I learned I'm not competing against Jennifer Lawrence for roles. I don't have to pretend to be something I'm not, because I'm going to get hired as me. And that has been a huge surprise and something that I hope others get to feel in whatever industry they are in. What I'm trying to do is be out in the world and look queer. If I want to wear a leather jacket, I'll wear a leather jacket, because my boss doesn't care, because I'm the boss. And [I] show that to folks when I tour around. We are still shamed for how we look. [There's] the idea that being gay and looking queer is a problem. It's totally fine to present yourself how you want to be presented. 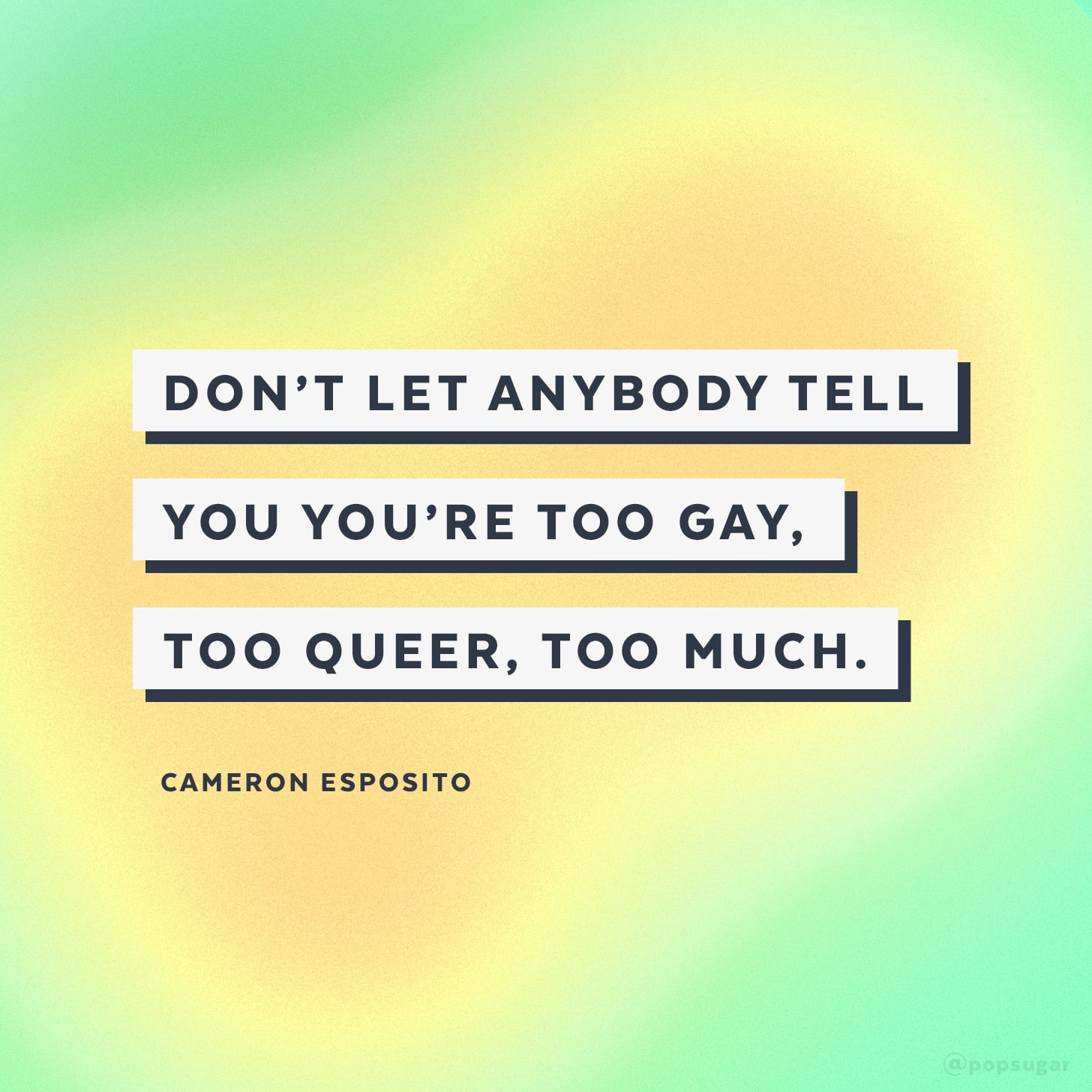 PS: A lot of people suffer from being judged by their queer appearance. What kind of pushback have you gotten?

CE: Have I been called slurs on the street? Absolutely. I have short hair now, and I'll occasionally get sir'd, and for some reason, that's a trigger from childhood where I felt shame for being a different kind of girl and now a different kind of woman. I also think there's huge societal pressure just to present in a way that conforms to normative beauty standards. But I find that I actually get a ton of positive feedback. A lot of times, cisgender straight dudes ask me about hair products, and it makes me feel good. Again, I hope that young queer folks who feel alone and maybe live somewhere more isolated, I hope that they occasionally read some of the nice comments on my Instagram. Because there are people who are here for how I look; therefore, there are people here for how you look.

PS: What advice would you give young queer people, perhaps young queer comedians, about how to live their Pride?

CE: Stand-up is a really easy answer to this. Stand-up needs honesty. There's nothing else going on in stand-up besides the comic is on stage trying to be honest. And so if anybody gives you pushback about sharing who you are, because we do live in this time of identity politics, don't let anybody tell you you're too gay, too queer, too much. Same thing for women; same thing for people of color. Get out there. Be honest.

Netflix
On Our Radar: Kyla-Drew Is Destined For Greatness
by Monica Sisavat 18 hours ago

TV
On Our Radar: Shahadi Wright Joseph Can Do So Much More Than Just Horror
by Grayson Gilcrease 3 days ago