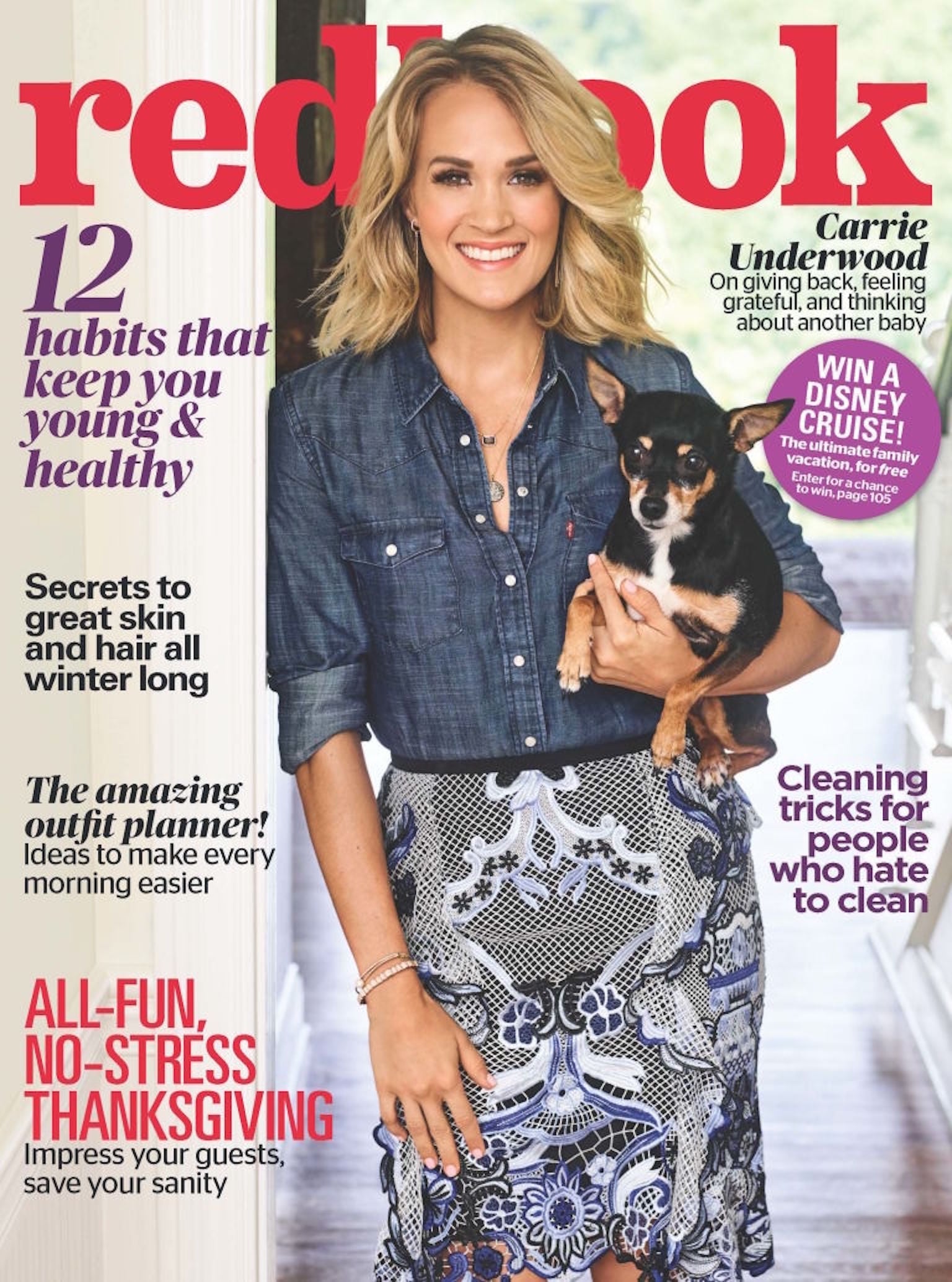 Carrie Underwood covers the November issue of Redbook and gets really real about motherhood in her accompanying interview. The 33-year-old country star, who has a nearly 2-year-old son, Isaiah, with husband Mike Fisher, opens up about feeling "guilty" about her little one's life, which entails traveling on a bus with his famous mom as she performs on her Storyteller tour. "We live on a bus and we're in a hotel room and sometimes we're in the middle of nowhere and it's not so great," she says, adding, "It's not all glamorous." See more of Carrie's candid quotes on being a mom, as well as her plans for having a second child.