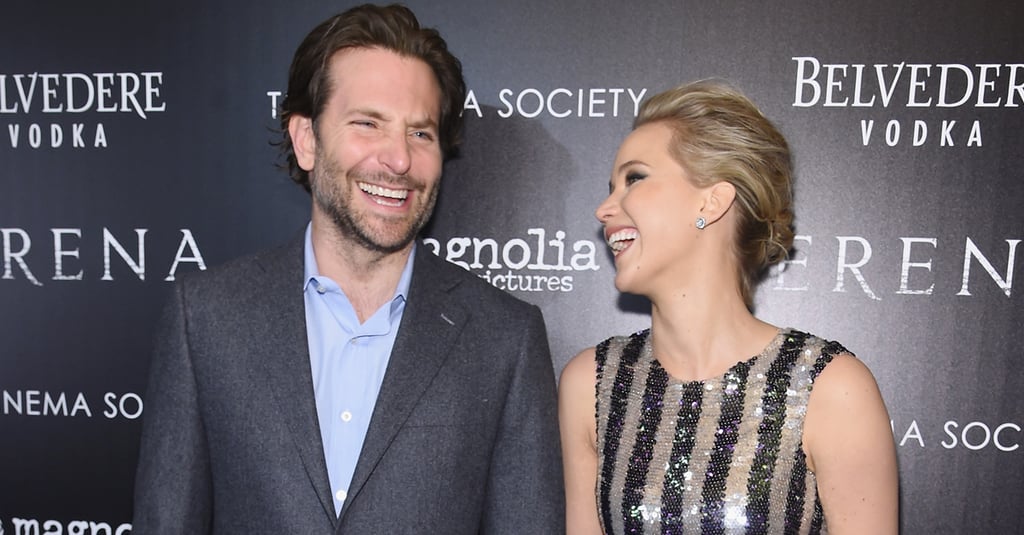 Bradley Cooper shared his response to Jennifer Lawrence's essay on the gender wage gap soon after it was released on Tuesday morning. During an interview with E! News alongside his Burnt costar Sienna Miller, the actor revealed that he hadn't read the piece yet, adding, "One thing I could say is that's interesting because if you think that you only deserve a certain amount and that's not correct, it's about changing that mindset and sticking up for yourself the way that Sienna did. So that's a great thing."

Sienna explained that she walked away from a play she wanted to do because she "was offered less than half of what the other man was offered," and it was just the two of them. She said, "[I did] what we have to start doing, unfortunately, at the expense of our creative dreams."

Jennifer wrote the piece for the Lenny Letter, a project by Lena Dunham and Jenni Konner, explaining that when she learned she was being paid less than "the lucky people with d*cks," she got mad at herself because she felt she'd "failed as a negotiator." She went on to name Bradley Cooper and some of her other high-profile male costars, saying, "Jeremy Renner, Christian Bale, and Bradley Cooper all fought and succeeded in negotiating powerful deals for themselves. If anything, I'm sure they were commended for being fierce and tactical, while I was busy worrying about coming across as a brat and not getting my fair share." Her words resonated with several stars, including Emma Watson, who took to social media to show their support. Keep reading for a look at celebrity reactions, and then check out some of Jennifer Lawrence's best quotes.

O Jennifer Lawrence I love you so. X

Yessssssss! Get it girl xx https://t.co/L3w0nNnqGQ