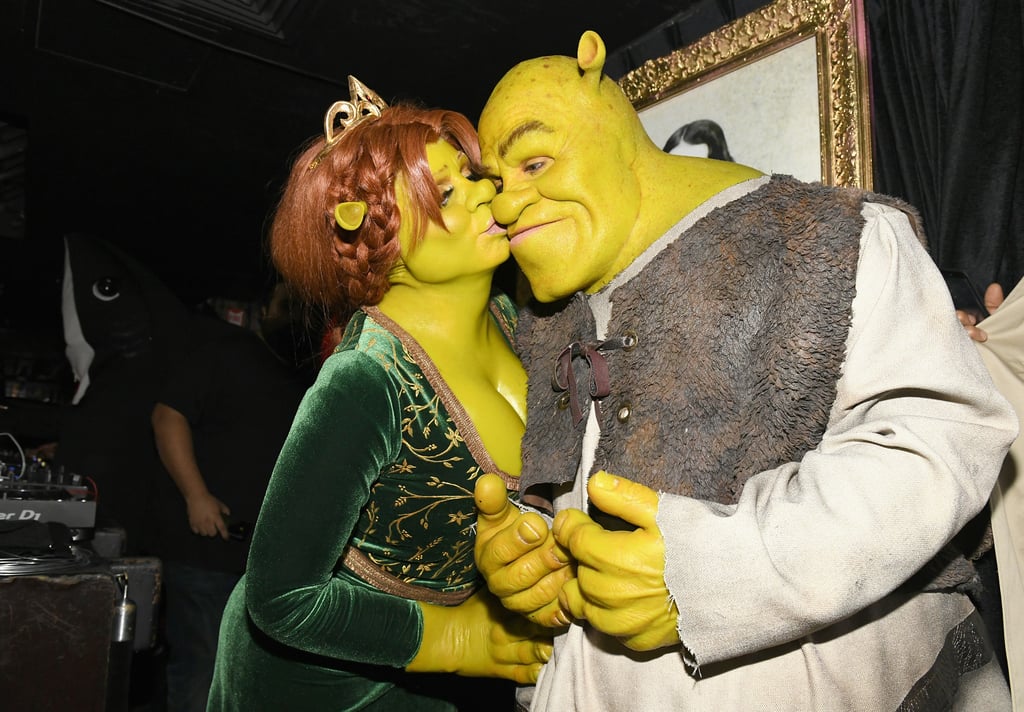 From Joe Jonas and Sophie Turner's "Addams Family" costumes to Beyoncé and JAY-Z constantly raising the bar with their pop culture costumes, Halloween for Hollywood stars is a serious affair. Heidi Klum's annual Halloween parties have boasted some of the wildest couples costumes the red carpet has seen (her and Tom Kaulitz's outfits being worthy of a double take), but the fun doesn't stop there.

Chrissy Teigen and John Legend looked as cute as ever when they dressed up as Princess Peach and Mario, while Jessica Simpson and Eric Johnson as Danny DeVito and Arnold Schwarzenegger from "Twins" was hilarious. But trust us when we tell you that you haven't seen anything until you've seen these iconic Halloween costumes worn by some of Hollywood's most famous stars. Keep reading, because these star-studded couples know how to creep it real (see what we did there?). Hopefully, these celebrity couples costumes from past years will serve as inspiration for your Halloween look this year — particularly if you're in need of a last minute costume.