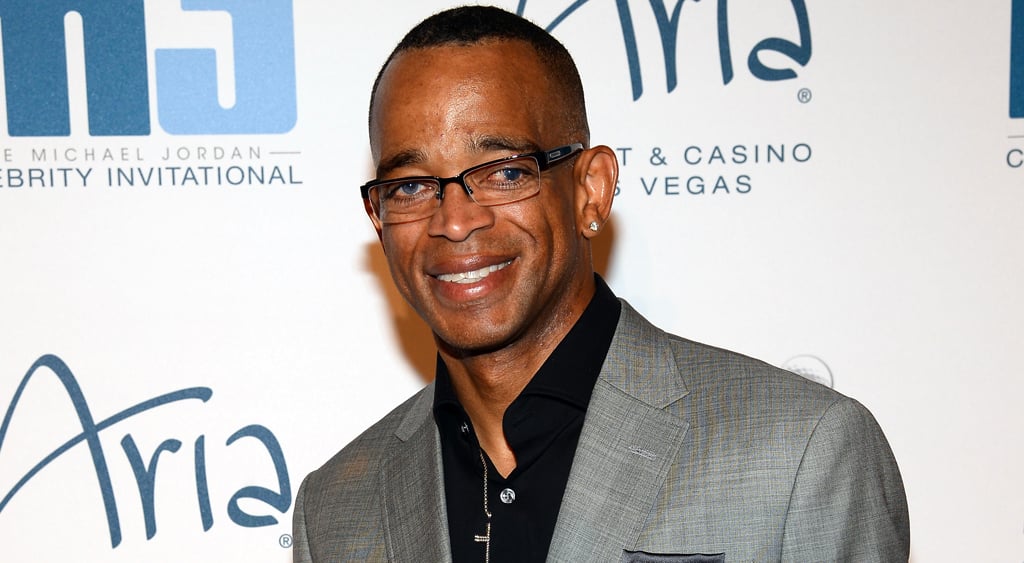 Sports journalist Stuart Scott died on Sunday following a long battle with cancer. He became a popular face of ESPN as the anchor of SportsCenter and other programs, but it was his catchphrases — "booyah" being the most popular of the bunch — that made him a household name. Stuart leaves behind two daughters, Taelor and Sydni, whom he mentioned in an emotional speech at the 2014 ESPY Awards. "The best thing I've ever done, the best thing I'll ever do, is be a dad to Taelor and Sydni. I can't ever give up because I can't leave my daughters," he said. As news about Stuart's death spread on Sunday, stars began sharing heartfelt messages about Stuart's spirit, charisma, and influence. Read on to see how Stuart is being honored on social media.

Can't believe you're gone from us! I am deeply saddened because not only will not be replaced as a… http://t.co/2MMLgFR6lf

Just heard about Stuart Scott's passing. He was the 1st interview i ever did. I wished he was my father when it was over. RIP. #CancerSucks

Sports fans everywhere should be mourning the passing of @StuartScott today. He was truly an undeniable, one of a kind presence. #RIP #ESPN

Mornings like this remind me of how short life can be. Carpe diem and love like there is no tomorrow. Stuart Scott, you will me missed.

Stuart wasn't covering heroes & champions, it was the other way around. Thinking of my friend & his daughters.

I had a lot of laughs with Stuart Scott & he was truly one of the Good Guys, beginning to end. RIP on da cool side of the pillow!!

Stewart Scott you will be missed. RIP

This was a man who was amazing at his job... but was an even MORE amazing father who never missed an opportunity to talk about his love of his children... that is how I will remember him, my friend ... true gentleman, great man, fierce warrior, beloved father. #RIPStuartScott

RIP Stuart Scott. Met him at a Celtics playoff game years ago, and he was so alive, so happy. Thoughts w/ his daughters.

Can't begin to count the number of late nights I spent on the couch with Stuart Scott, watching SportsCenter... then watching it again. RIP.

RIP @StuartScott. You inspired me so much. You finished your race, fighting all the way. Praying for your loved ones & family. <3

Sports
Scottie Pippen Eventually Got His Due, With His NBA Earnings Surpassing Even Michael Jordan
by Amanda Prahl 4 days ago

Sports
Scottie Pippen Ultimately Retired as a Chicago Bull, After Being Traded Years Earlier
by Amanda Prahl 4 days ago