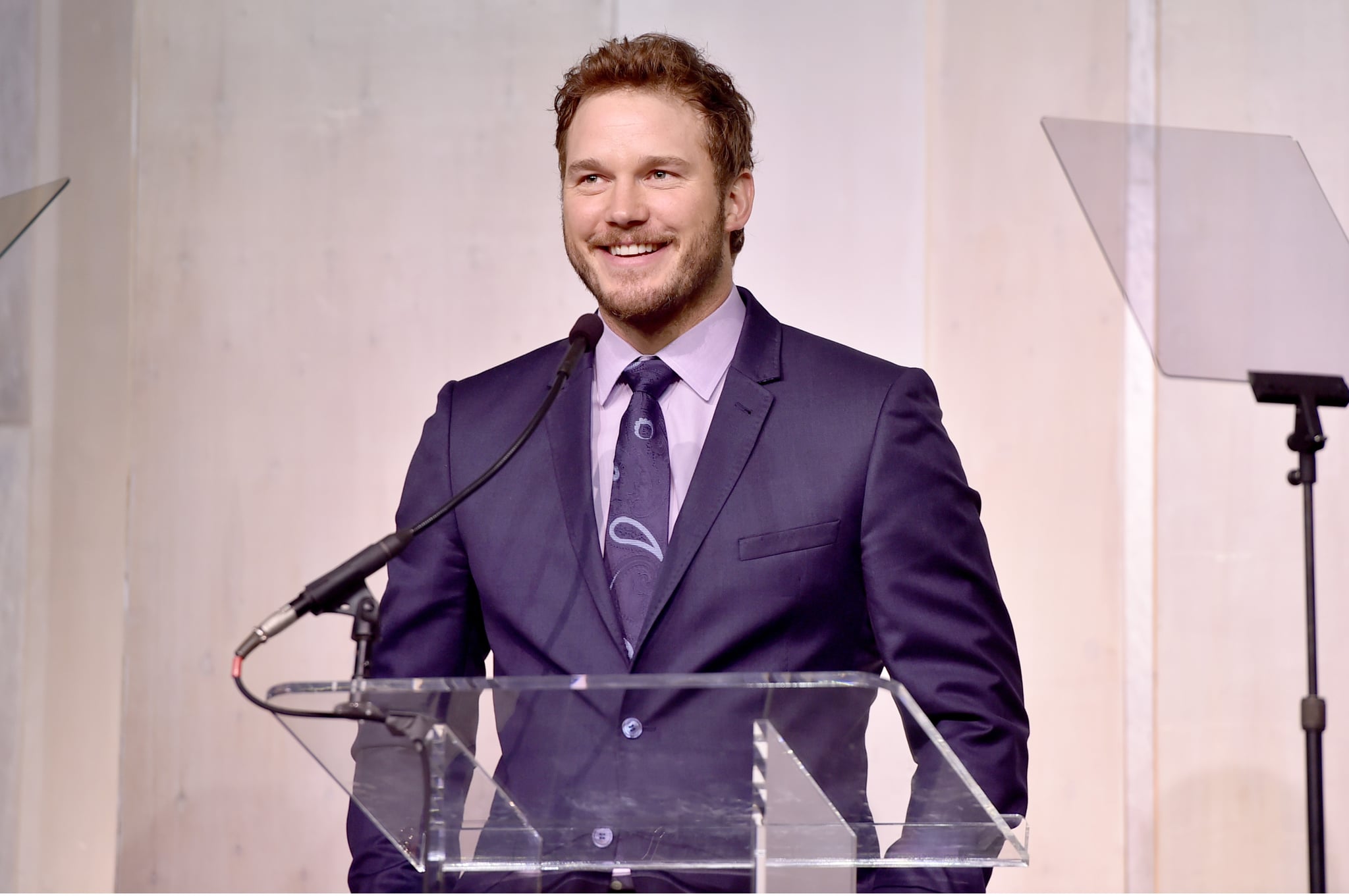 Chris Pratt knows how to work a room, and his signature charisma was on display when he took the stage to speak at the March of Dimes Celebration of Babies Hollywood Luncheon on Friday. In a touching speech that went viral over the weekend, the Guardians of the Galaxy star spoke from personal experience while addressing the crowd and revealing the challenging health issues that his 2-year-old son, Jack, has faced since his premature birth in August 2012. Chris started out by telling the crowd that Jack "didn't want to be an October baby," adding, "He wanted to be born in the Summer, I guess." He then told the story of little Jack's birth after his wife, Anna Faris, went into labor two months early: "He was 3 pounds 12 ounces. That's a decent-sized bass. Very small for a human. He would need a lot. He had jaundice, so they put a blindfold on him and he slept beneath [a] creepy light and he had a PICC line, which is an IV that runs up his arm into his heart. He had a feeding tube and just wires in and out, and he lived in that incubator. That was his first crib."

Chris got emotional as he continued: "My little boy was laying across my neck and chest feeling my heartbeat and feeling my love, and I played him country music and I sang to him and I made him promises . . . in that moment . . . you know, about . . . just about what kind of dad I wanted to be, and I just prayed that he'd be here long enough and he was going to let me keep him. I've done all kinds of cool things as an actor: I've jumped out of helicopters and done some daring stunts and played baseball in a professional stadium, but none of it means anything compared to being somebody's daddy." The actor went on to gush about Jack, who is now "a strong, smart, happy, funny, beautiful boy" that loves monster trucks and vegetables and "is a DJ." Watch clips of Chris's heartfelt, funny speech below now.

Viral Videos
I Hereby Declare Sebastián Rulli — and His Shirtless Videos — the King of Latin TikTok
by Maria G. Valdez 5/19