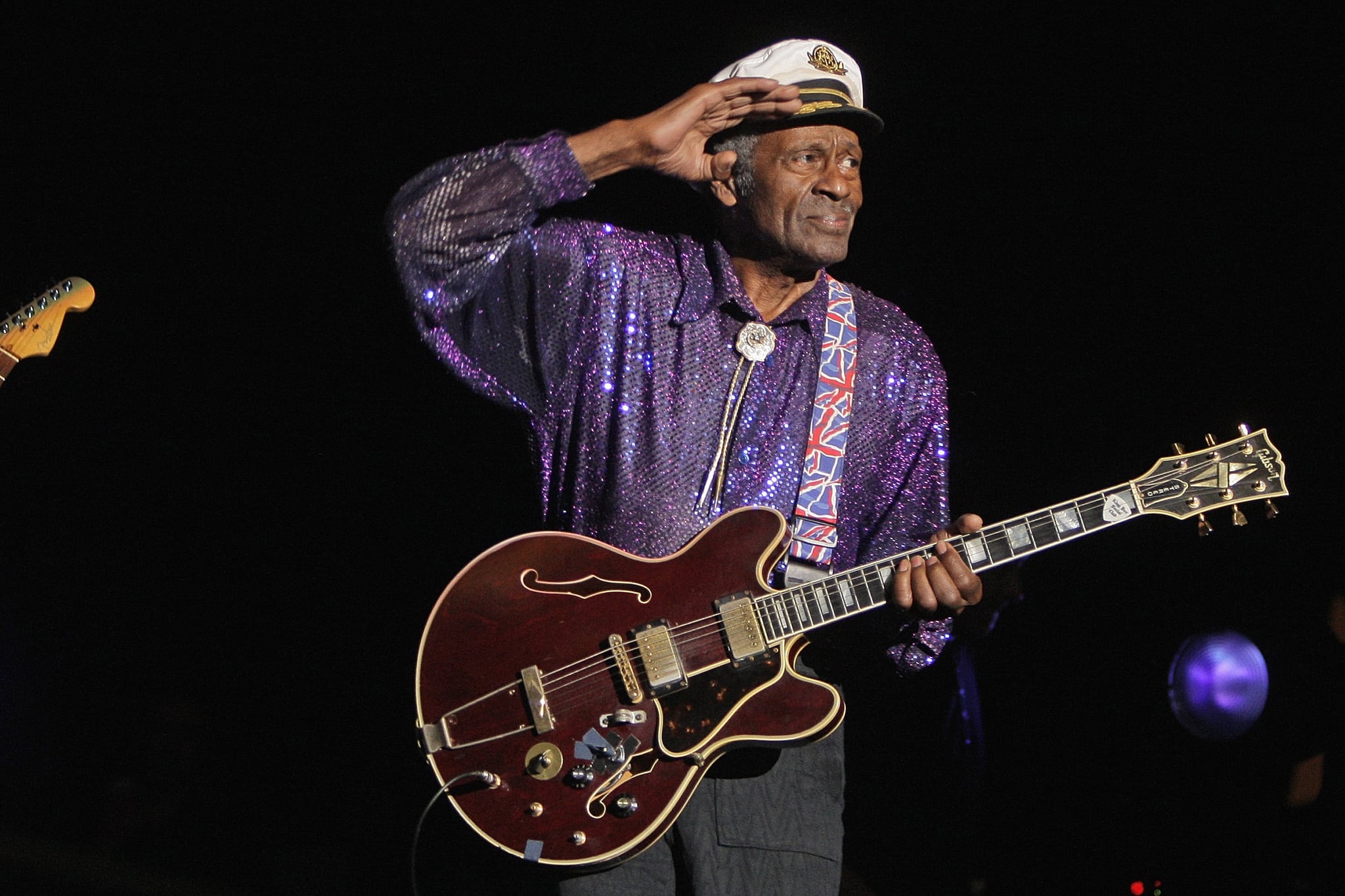 Chuck Berry passed away at age 90 on Saturday, The Hollywood Reporter confirmed. The St. Charles County Police Department responded to an emergency call at 12:40 p.m. and later confirmed on Facebook that the rock 'n' roll pioneer was "pronounced deceased at 1:26 p.m." On Monday, TMZ reported that the music legend died of natural causes, and there will reportedly be no autopsy. Chuck's personal doctor is expected to sign off on his death certificate. Read the police's official statement in full below.

Known for hits like "Sweet Little Sixteen," "Rock and Roll Music," and "Roll Over Beethoven," Chuck influenced several generations, including The Beatles and The Rolling Stones. He was one of the first musicians inducted into the Rock & Roll Hall of Fame in Cleveland. He is survived by wife Themetta Suggs and his four children, Ingrid, Aloha, Charles Jr., and Melody.