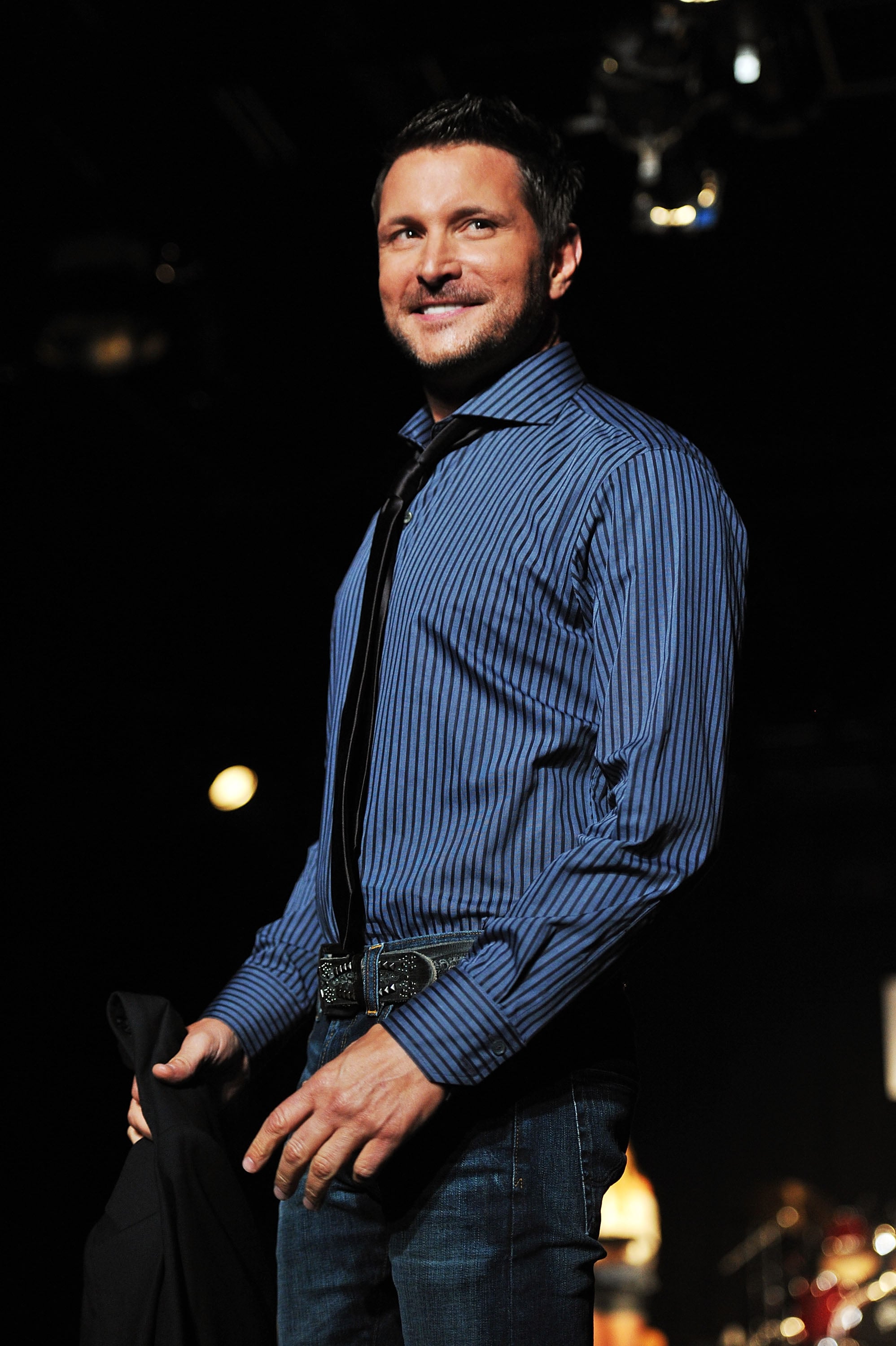 Country star Ty Herndon has come out as gay — the 52-year-old singer revealed the news in a sit-down interview with People this week, saying, "I'm an out, proud and happy gay man." He explained that he was first compelled to come out during a Tony Robbins seminar five years ago; "I realized I had an incredible story that could possibly help someone's son or daughter or grandchild's life not be as difficult as mine has been," he said, adding, "Maybe they wouldn't have to go through as much pain and suffering."

After many ups and downs throughout his music career — he was arrested on an indecent-exposure charge for allegedly exposing himself to a police officer in 1995 (the charge was later dropped in a plea bargain) and spent time in rehab for drug addiction — Ty is looking to return to the industry and plans on releasing a solo album next year. As for the country music community's growing openness to homosexuality, he is optimistic; Ty admitted that he "welled up in tears" earlier this month when his fellow country singer Kacey Musgraves won a CMA Award for her LGBT-approving hit "Follow Your Arrow," saying, "There's never been a song more affirmative of that in country music, and it's our CMA song of the year," adding, "I felt so proud of my city. I hope that trend continues; I pray it does."

Tweens and Teens
These Parents Had a Gender Reveal For Their Transgender Daughter, and the Photos Are Stunning
by Murphy Moroney 2 days ago

Sports
The NCAA Trans Athlete Policy Was Groundbreaking in 2011 — But in 2020, More Must Be Done
by Maggie Ryan 5 days ago