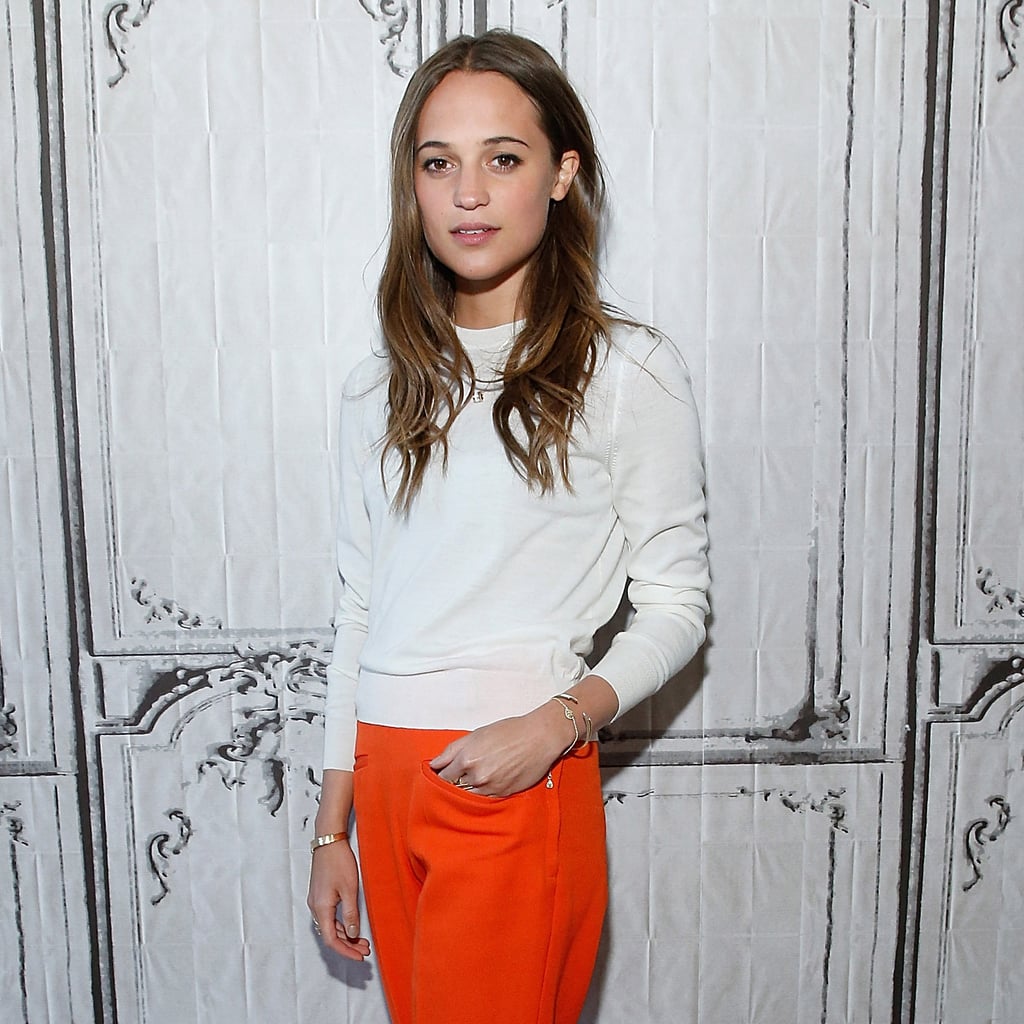 It's a curious moment in the life of an actress when the media, evidently in collusion, decides to label her the "Next Big Thing." The designation is, in Vikander's case, well-deserved; moviegoers are in the midst of a nine-month span in which no fewer than seven of her films arrive in theaters. Most recently, she played a robot named Ava in April's Ex Machina and Vera Brittain in the movie adaptation of Brittain's World War I memoir in this month's Testament of Youth. Next, Vikander will appear as a denizen of the swinging '60s in August's The Man from U.N.C.L.E.

"They're all kind of weirdly coming out at the same time," Vikander explained recently as we sat side by side on a patterned sofa at Manhattan's Crosby Street Hotel. "And [I've] been there, doing the work. Suddenly, from the outside perspective, even when I see it, it's a lot [of attention]. It's a lot of press, which is different from being on set, but it all just comes down to: I'm very happy the films are going to get an audience."

To read the rest of our interview, click "View On One Page."
Previous Next Start Slideshow
Alicia VikanderCelebrity Interviews