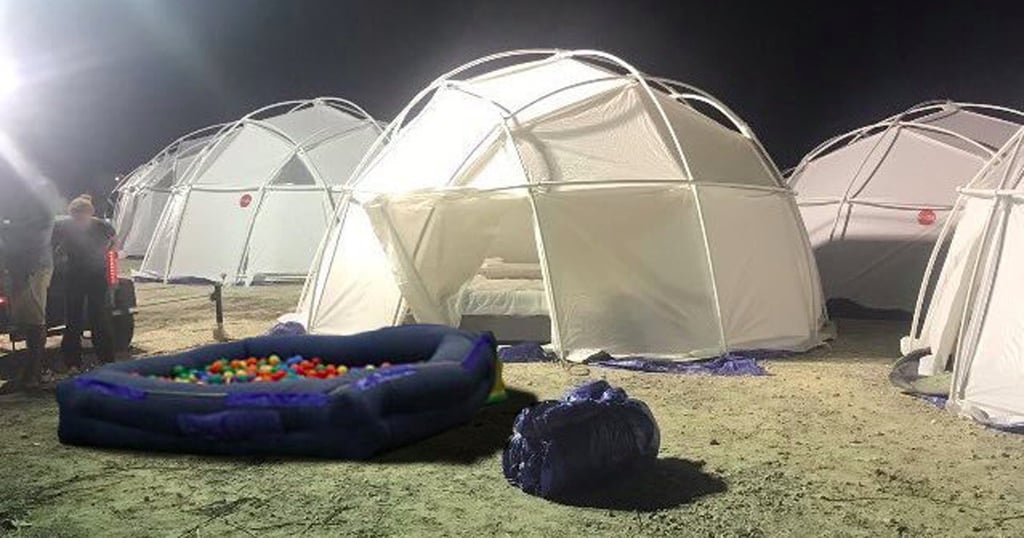 Fyre Festival was billed as "a once-in-a-lifetime musical experience on the Islands of the Exumas." While attendees may agree that it's certainly a "once-in-a-lifetime" experience, it's certainly not one they'd hope to repeat. The brainchild of rapper Ja Rule and entrepreneur Billy McFarland, Fyre was supposed to be a luxury experience that would bring A-list music acts to a small island in the Bahamas. Blink-182 was set to perform for the audience, each of whom paid between $4,000 and $20,000 just for the privilege of being there (airfare not included). Within minutes of arriving on the scene, crowds realized that they'd been duped. The festival is a total mess, so much so that the organizers immediately canceled it, allegedly "due to circumstances out of our control."

An official statement claims that "the physical infrastructure was not in place on time and we are unable to fulfill on that vision safely and enjoyably for our guests." Fyre has been postponed to a later date, as live updates from guests continued to flood Twitter over the weekend. While no one has been hurt, attendees are drawing comparisons to Lord of the Flies and The Hunger Games.

Update: The festival's organizers released an official apology on their website on Sunday, saying in part, "Billy McFarland and Ja Rule started a partnership over a mutual interest in technology, the ocean, and rap music. This unique combination of interests led them to the idea that, through their combined passions, they could create a new type of music festival and experience on a remote island. They simply weren't ready for what happened next, or how big this thing would get." They also stated that everyone that attended this year's festival is being given full refunds and will receive VIP tickets to next year's festival.

Ja Rule also commented on the situation via Twitter on Sunday. "Relieved to share that all guest[s] are safe, and have been sent the form to apply for a refund. Our deepest apologies... #fyrefestival." And Bella Hadid, who helped promote the festival but wasn't directly associated with it and didn't attend, apologized to her fans via Twitter. "I initially trusted this would be an amazing & memorable experience for all of us . . . I feel so sorry and badly because this is something I couldn't stand by."

Music
Now That The LOX and Dipset Have Verzuz Battled It Out, They're Ready to Go on Tour
by Grayson Gilcrease 4 hours ago

Spotify
Looking For a Song That's Perfect to Pucker Up To? Try 1 of These Super Sweet Hits
by Lauren Harano 9 hours ago