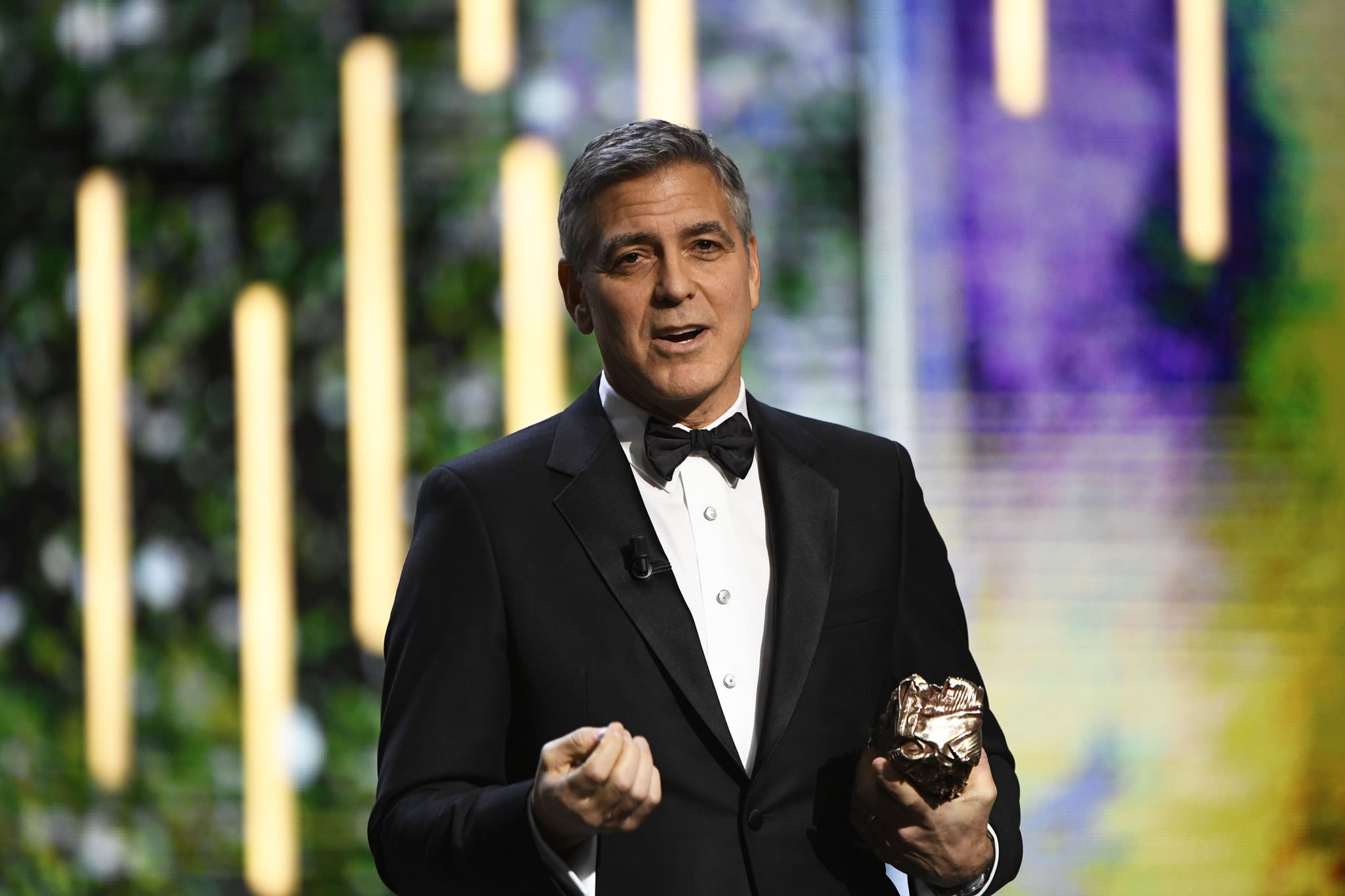 George Clooney was given an honorary award at the César Awards in Paris on Friday, and used his time on stage to address the "hate" and "fear" being propagated by US President Donald Trump. After making a stunning arrival on the red carpet with his pregnant wife, Amal, George was joined onstage by The Artist star Jean Dujardin, who translated his words to French (the César Awards are the French equivalent of the Oscars). He urged the audience "not to confuse dissent with disloyalty," adding, "As citizens of the world, we're going to have to work harder and harder not to let hate win." George told the crowd to "love Trump's hate, courage Trump's fear, and always right Trump's wrongs."

Also during his speech, George alluded to Amal's pregnancy with twins — his mom recently spilled the beans that they're having a boy and a girl — saying that he is "excited about the years, and especially the months, to come," and telling the audience how proud he was to be the civil rights attorney's husband.