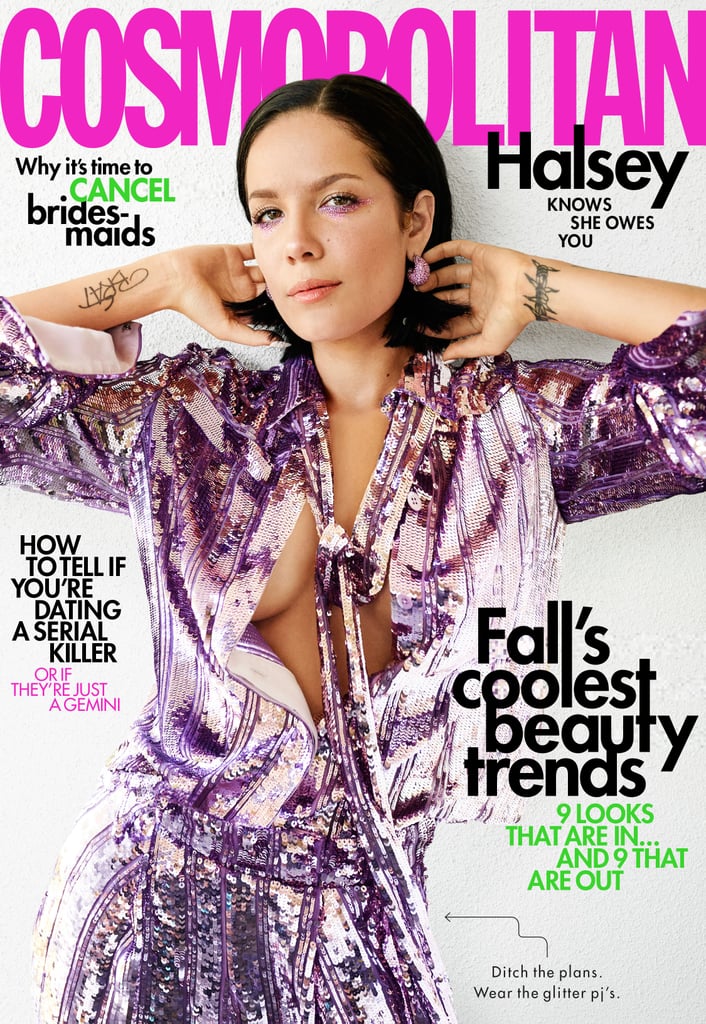 Halsey is a woman of many interests, and she certainly isn't ashamed of it. The 24-year-old singer covers Cosmopolitan's October issue, where she discusses being a multidimensional pop star and why she won't allow people to define her as an artist.

While speaking about the criticism she's faced from fans demanding that she choose between being a political voice and a rebel in the music industry, Halsey emphasized that she's human. "Like, how f*cking immune are you to the human experience?" she said. "Sometimes I want to have really good sex and sometimes I want to save the world, and sometimes I might try to do both in the same day!"

To her credit, she has done both. Halsey protested against a series of restrictive abortion bills earlier this year by partnering with the ACLU all while continuing to release music about her personal experiences with love.

"That's the problem: I'll do what I want, knock down everyone in my path who says I shouldn't, and then when people don't like it, I'm like, 'Why?!'" she said. "When I made 'Nightmare,' there were people saying, 'I don't think this is the move. You just had a number one song and now you're gonna put out this weird, political song that's not safe.' Well, yeah, that's why I'm gonna do it."

The singer also opened up about dealing with bipolar disorder and how putting so much of her energy into making music helps her manage it. "Music is this thing that I get to focus all my chaotic energy into, and it's not a void that doesn't love me back," she said. "It's been the only place I can direct all that and have something to show for it that tells me, 'Hey, you're not that bad.' If my brain is a bunch of broken glass, I get to make it into a mosaic."

Music
Gia Woods Is Back With New Lesbian Anthem, "Lesbionic": "It's a Female Empowerment Song"
by Reilly Lucas 11 hours ago

Meghan Markle
Meghan Markle Reacts to Abortion Ruling: "What Happens With Our Bodies Is So Deeply Personal"
by Yerin Kim 13 hours ago