Kylie Jenner is giving us a glimpse into her pregnancy journey with her son. On Monday, the 24-year-old shared a video on YouTube called "To Our Son," similar to the video she and Travis Scott made for their 4-year-old daughter, Stormi, when she was born.

The nearly 10-minute video features footage from her baby shower, her son's nursery, and his delivery in the hospital. It also includes messages from the Kardashian-Jenner clan. "It's Auntie Kiki and Northie and I just want you to know we love you so much. We got you for life; you're family for life. I pray that you love the family that you are born into, because we're very special," Kim Kardashian says.

Kris Jenner expresses similar sentiments in the video, adding, "To my new grandchild, who I cannot wait for you to get here. I think about you every day, and I'm just really excited to meet you and to welcome you into the family." Tearing up, Kris continues, "I'm just filled with lots of emotion, and I love you already. And you're coming into the most amazing family — lots of cousins, and you're gonna have the best life because you have the best parents and the best family."

After much speculation, Kylie and Scott confirmed in September 2021 that they were expecting their second child by sharing a sweet montage video on Instagram. He arrived into the world on Feb. 22, with Kylie announcing the news with a black-and-white Instagram photo of Stormi holding her brother's hand. Kylie recently opened up about her postpartum recovery, saying, "It's not easy mentally, physically, spiritually" and noting that her experience with her son "has been a little harder" than it was with Stormi.

Kylie also revealed that she and Travis changed their son's name; he was previously named Wolf Jacques Webster. "FYI OUR SONS NAME ISN'T WOLF ANYMORE 😅😅 WE JUST REALLY DIDN'T FEEL LIKE IT WAS HIM. JUST WANTED TO SHARE BECAUSE I KEEP SEEING WOLF EVERYWHERE 🙏🏼," She has yet to divulge the baby's new name.

Tommy Dorfman
Tommy Dorfman Is Engaged to a Mystery Woman: "Being in Love Is So Scary"
by Yerin Kim 21 hours ago 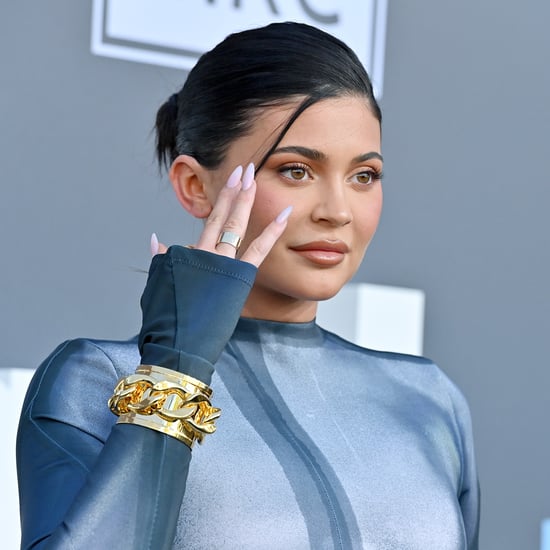