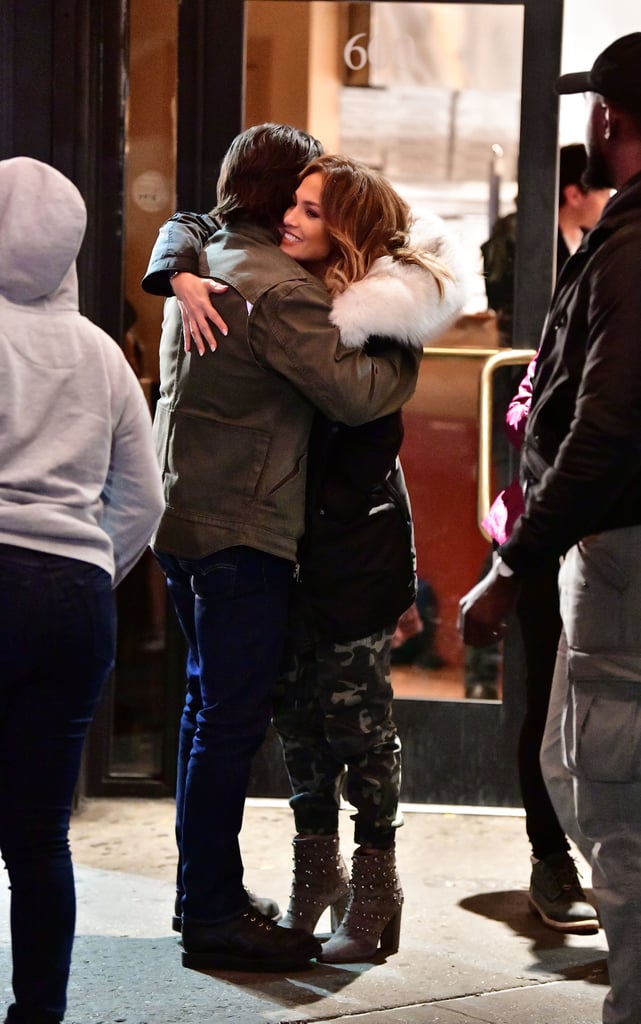 Jennifer Lopez and Milo Ventimiglia were spotted on the set of their new movie, Second Act, in NYC on Monday. The two were seen hugging each other off camera and shooting a scene outside of a pizza shop in the Bronx. Our hearts skipped a beat, because it has been confirmed Milo will be playing Jennifer's longtime boyfriend, Trey, in the film. We aren't ashamed to say we are hoping for a lustful sex scene or two on the big screen.

Besides Jennifer and Milo, Second Act is starring Leah Remini and Vanessa Hudgens. The Boy Next Door star plays Maya, a Big Box store employee who gets a second chance in life and wants to prove street smarts are just as valuable as a college degree. Leah is playing her best friend, Joan, while Vanessa is playing a young executive. The movie is set to premiere next year, so the countdown is on to see this entire cast on the big screen.