Julianne Moore earned one of the Palm Springs International Film Festival's top acting honors tonight for her portrayal of an early-onset Alzheimer's patient in Still Alice, and while her onscreen daughter Kristen Stewart wasn't in attendance at the gala, she seemed very much on Julianne's mind. "Oh, I love her," Julianne told us of Kristen when we caught up with her on the red carpet. "Kristen has so much emotion available. Such a depth of feeling. Sometimes you can literally see her feelings on her skin. I loved working with her. She was a true partner, she's a wonderful actress, and she's a great friend." 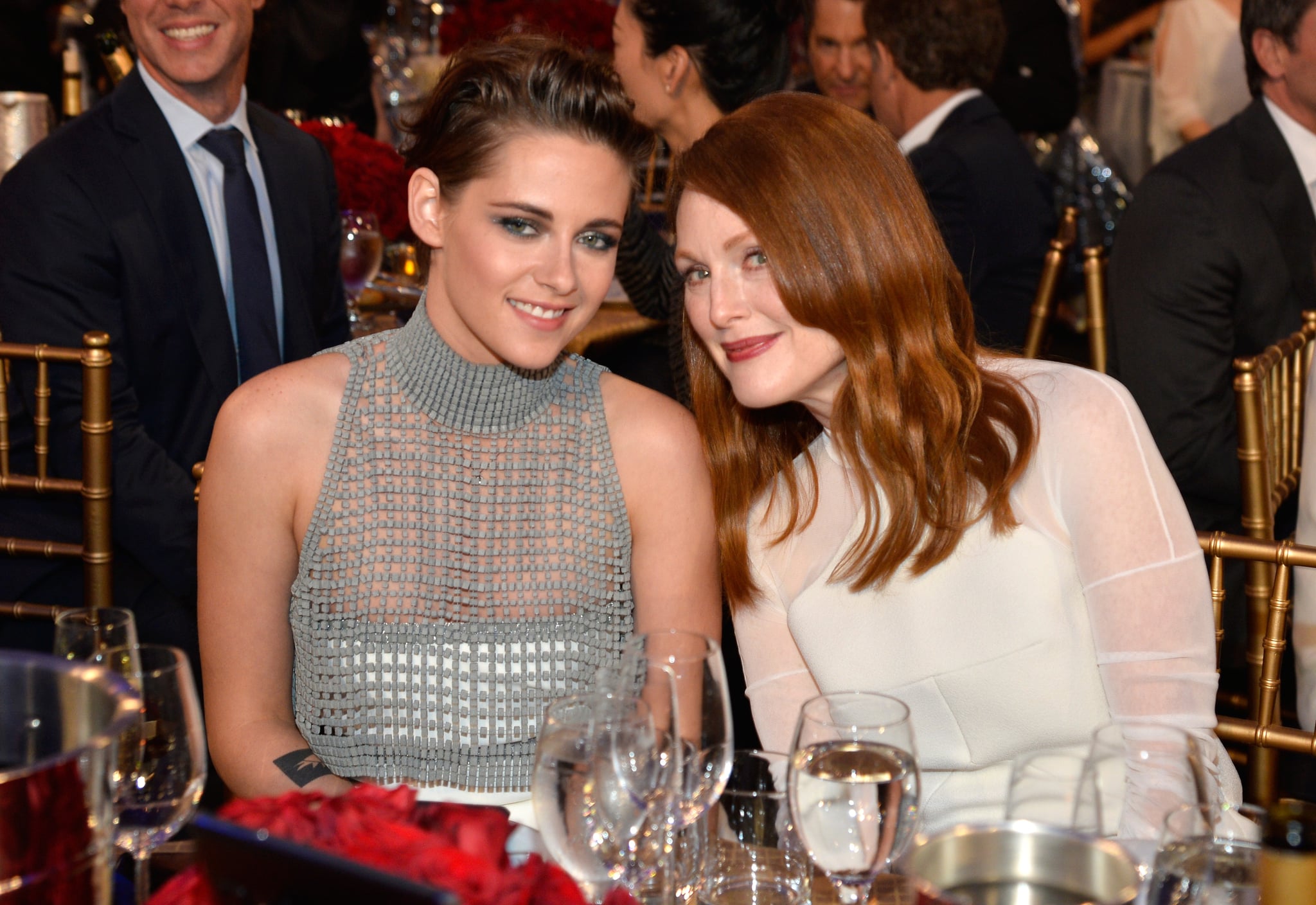 Julianne arrived to the gala in a bold, off-the-shoulder orange cocktail dress by Delpozo. She stars alongside Kristen, Alec Baldwin, Kate Bosworth, and Hunter Parrish in the family drama, but she told us that, having never been closely impacted by Alzheimer's, taking on the character of Alice was a daunting — but rewarding — test. "I think with anything, with any kind of challenge, it's always, are you going to get it right? Are you going to make the character alive? Whatever you're doing," she explained. "And this is a disease I had no personal experience with, I had no knowledge of, and so I really felt a responsibility to learn about it and to gather as much information as I could."

Steve Carell was on hand to present Julianne with her Desert Palm achievement award. The actor played Julianne's husband in 2011's Crazy, Stupid, Love. and managed to bring some of his signature humor to the seriousness surrounding her latest role. When praising her niceness, he joked: "I've met Tom Hanks and Meryl Streep. And she makes them look like assh*les."