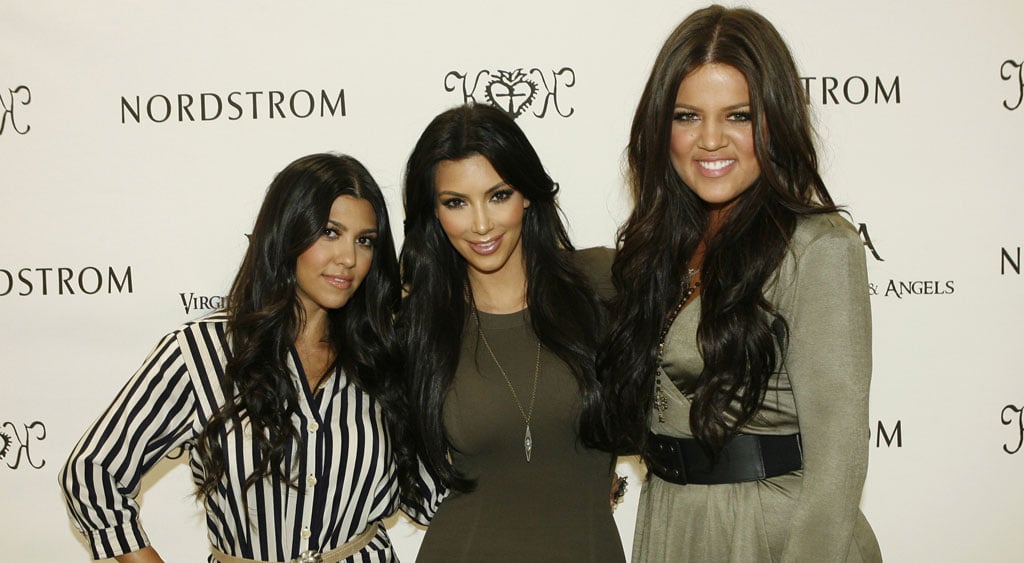 Ryan Murphy's new anothology series, American Crime Story: The People v. O.J. Simpson, is not only highly anticipated because of the real-life storyline, but people are also looking forward to the Kardashian family's involvement in the show. While the reality TV stars won't appear on screen themselves, actors who portray them definitely will.

David Schwimmer plays Robert Kardashian, one of O.J.'s defense lawyers, and in a new interview with The Hollywood Reporter, the shows creators discuss one moment between Robert and his daughters from episode three that is hard to ignore. As a young Kim, Khloé, and Kourtney are seated with their father at LA fixture Chin Chin, he lectures them about the dangers of wanting to be famous. "We are Kardashians, and in this family, being a good person and a loyal friend is more important than being famous," he tells them. "Fame is fleeting. It's hollow. It means nothing at all without a virtuous heart." Though the family did go to the Chinese restaurant, show writers Larry Karaszewski and Scott Alexander admit to taking some creative liberties with the dialogue. Even so, it's hard not to cringe at the thought of this convsation v. the multimillion dollar empire the Kardashian family has built. Be sure to tune in for the show's premiere on Feb. 2 on FX.